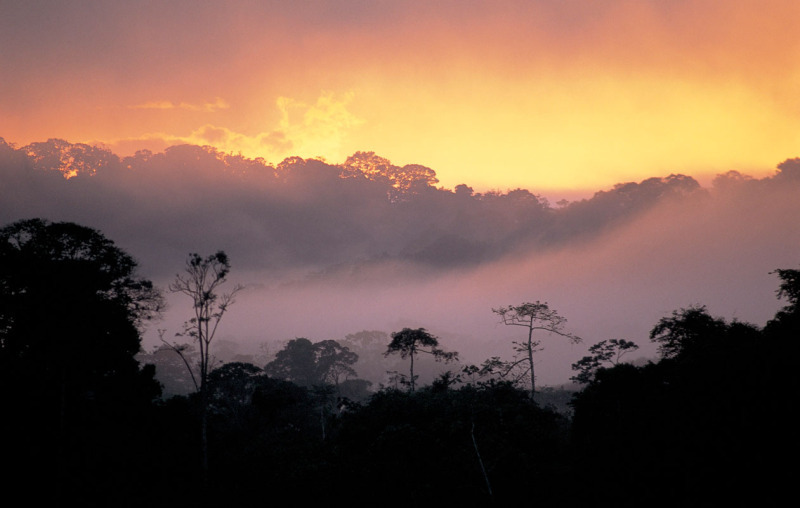 Forests hold carbon captive. Destroy them, and we release an extremely dangerous prisoner.

Trees absorb carbon dioxide, the main cause of climate change. But when we cut them down, the carbon they hold is eventually released back into the atmosphere – and there aren’t as many trees left to absorb it.

It’s simple: fewer trees means more carbon in the atmosphere. And that could spell disaster.

Forests are home to a wealth of biodiversity, with up to half the world’s known species living in tropical rainforests. They are invaluable for people, as a source of livelihood for over a billion of the world’s poorest and a home to indigenous communities who rely on forests for their well-being.

But it’s not only nature and local people that suffer when forests are lost. The destruction of forests is one of the biggest sources of the greenhouse gases that cause climate change – the third largest source of carbon emissions after the burning of fossil fuels.

At the moment, deforestation and forest degradation are responsible for up to a fifth of the world’s greenhouse gas emissions each year.

We urgently need to reduce emissions if we’re to avoid the consequences of climate change – from flooding to drought, food shortages to species extinction. Conserving our forests is a crucial part of this.

It’s all very well saying we need to stop forest loss. But for many developing countries, forested land is a valuable resource. Our goal is to make it worth more alive than cut down.

With support from the Norwegian government and other partners, we’re already running REDD+ demonstration activities in places where tackling deforestation is most urgent, including the Amazon, the Congo Basin and Borneo.

Forests once covered half the planet’s surface. Now they cover just a quarter.

Our target is to reduce net emissions from deforestation and forest degradation to zero by 2020.

WWF and key partners are calling on national governments to commit to preserving all remaining natural forests, ensuring forests are managed sustainably, and restoring the most damaged and degraded areas.

So far, 67 countries have signed onto a commitment to zero net deforestation and forest degradation by 2020, including the governments of Brazil and Indonesia.

Protecting the Heart of Borneo