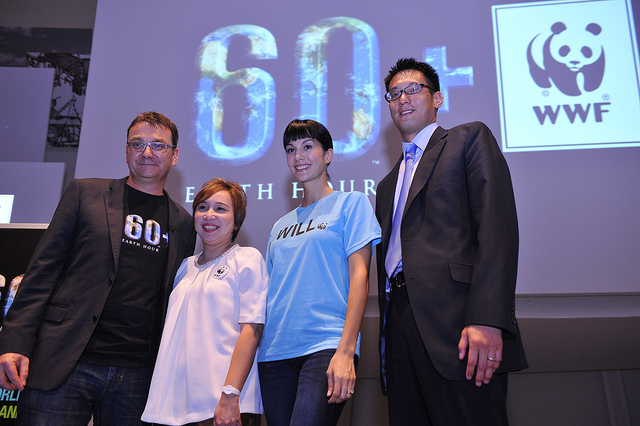 Corporate partners IKEA, Philips Lighting and Marina Bay Sands have issued challenges to the Singapore public through the Earth Hour “I Will If You Will” platform for three key actions.

“IKEA Singapore will do away with disposable plastic bags in both our stores from March 23. This initiative is the next natural step for us to further reduce the use and consumption of disposable plastic bags in Singapore and at the same time support change in people’s everyday behavior for a positive sustainable impact on the environment. We hope that our customers will join us in this commitment and take on the IWIYW challenge to use reusable shopping bags,” said Marcus Tay, Sustainability Manager, Singapore, Ikano Pte Ltd.

“Philips Lighting is once again proud to be an official partner for Earth Hour 2013. Sustainability is an important focus area for Philips and we remain strong advocates to encourage consumers, business and property owners and governments to make the simple switch to LED lighting solutions that are environmentally safe,” said Mieke De Schepper, General Manager of Philips Lighting in Singapore and Brunei. “In 2012, we committed to light over three children’s homes as part of our I Will If You Will corporate  challenge. For 2013, Philips will provide LED and other sustainable lighting solutions to 1,000 lower-income families if 100,000 Singaporean families convert to LED lighting solutions. This is an ambitious goal that can only be made possible with the public’s support and we are determined to bring the gift of light to these families.”

Kevin Teng, Director of Sustainability at Marina Bay Sands, said: “Sustainability plays a very important role in Marina Bay Sands’ overall design and daily operations and our Earth Hour challenges this year signal our commitment to go beyond the hour. In line with our Sands ECO360° initiatives, we’re committed to go further in our challenges by involving our team members, immediate community and our suppliers to join us in our green movement. Through our collective action, we hope to spread the messages of conservation and sustainability, beyond the hour.”

The public can take up these challenges from today via the Earth Hour microsite at http://earthhour.wwf.sg/. In addition, corporates are encouraged to issue their own challenges using these four key actions.

“Singapore has one of the highest carbon emissions per capita in the Asia Pacific region, according to our 2012 Living Planet report. With the city-state’s population projected to grow up to 6.9 million, there is an urgent need to reduce Singapore’s footprint on our planet. The country’s excellent urban infrastructure and open attitude towards clean technology positions Singapore well to become a shining example of a sustainable city in Asia. The four ‘I Will If You Will’ actions are a start, as we work towards cutting our carbon emissions,” said Elaine Tan, CEO, WWF-Singapore.

WWF also invites the Singapore public to re-imagine sustainability on Saturday, 23 March 2013, by busting their moves on energy absorbing pads to convert the kinetic energy produced to electricity. The public can now register on the Earth Hour microsite at http://earthhour.wwf.sg/.

In 2012, the Earth Hour campaign in Singapore received the highest level of support since its inception in 2009. WWF-Singapore saw more than 6,000 participants gathered at Ngee Ann City for the official Lights Out ceremony with over 400 organisations pledging their support, from switching off their lights to proactively engaging staff, customers and other stakeholders in various initiatives to protect the environment. Over 1,500 Earth Hour ambassadors also formed a spectacular and unprecedented Earth Hour “60+ Singapore” human formation on Orchard Road, Singapore’s iconic shopping street.