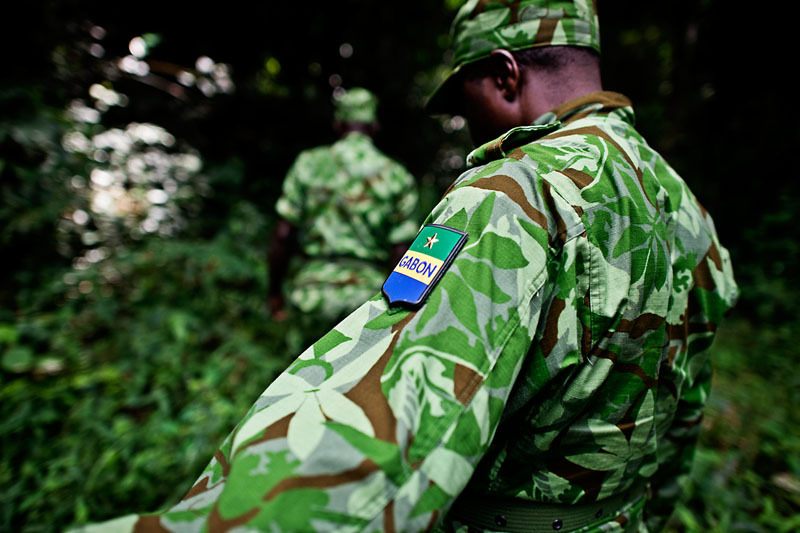 Libreville, Gabon: A wildlife trafficker believed to be responsible for the death of hundreds of elephants was arrested for the third time in as many years in Gabon this weekend.

This is a unique opportunity for Gabonese authorities to show they are serious about ending wildlife criminality by ensuring this alleged trafficker is punished to the full extent of the law.

“He has admitted to being an ivory trafficker,” Barangolo said, adding that the suspect was now in custody.

Luc Mathot, the head of the NGO Conservation Justice, which assists law enforcement authorities and initiated this operation, said that this was the third time Rodrigue was arrested for poaching or trafficking.

“Rodrigue was arrested once in 2010 and again in January this year. He is one of the most notorious wildlife criminals in the country.”

“We sincerely hope there will be no influence peddling or attempts to corrupt the process, and that this time he is severely punished,” Mathot added.

As he has already been sentenced for wildlife trafficking, if convicted, Rodrigue faces up to a year in prison and a CFA 20 million (USD 40’400; Euro 30’500) fine.

In comparison, on Tuesday in neighboring Republic of Congo, two wildlife traffickers were sentenced to five years in jail for the same crime. Repeat offenders there also see their sentence double.

“Over the past few years, Gabon has consistently shown itself to be a leader in the battle against wildlife criminality. But its wildlife laws are not stringent enough,” he said.

“The country is preparing to put in place some of the toughest laws in the region against wildlife criminality, creating the legal deterrent needed to stop ivory traffickers.”

“We urge it to do so as soon as possible,” Huijbregts added.

Rising demand for ivory – especially in East and South East Asia – has led to an epidemic of poaching in Congo Basin. According to a study released in February this year, nearly two thirds of Central Africa’s forest elephants were killed between 2002 and 2012.

About CONSERVATION JUSTICE
Conservation Justice is a NGO specialized in the fight against wildlife criminality, including ivory trafficking. It is active in Gabon, and collaborates with the government authorities. Its main activities focus on investigations, following-up on cases and providing support to legal and judicial authorities. Its unique model exists throughout Central and West Africa.

About WWF
WWF is campaigning for greater protection of threatened species such as rhinos, tigers and elephants. In order to save endangered animals, source, transit and demand countries must all improve law enforcement, customs controls and judicial systems. WWF is also urging governments in consumer countries to undertake demand reduction efforts to curb the use of endangered species products.