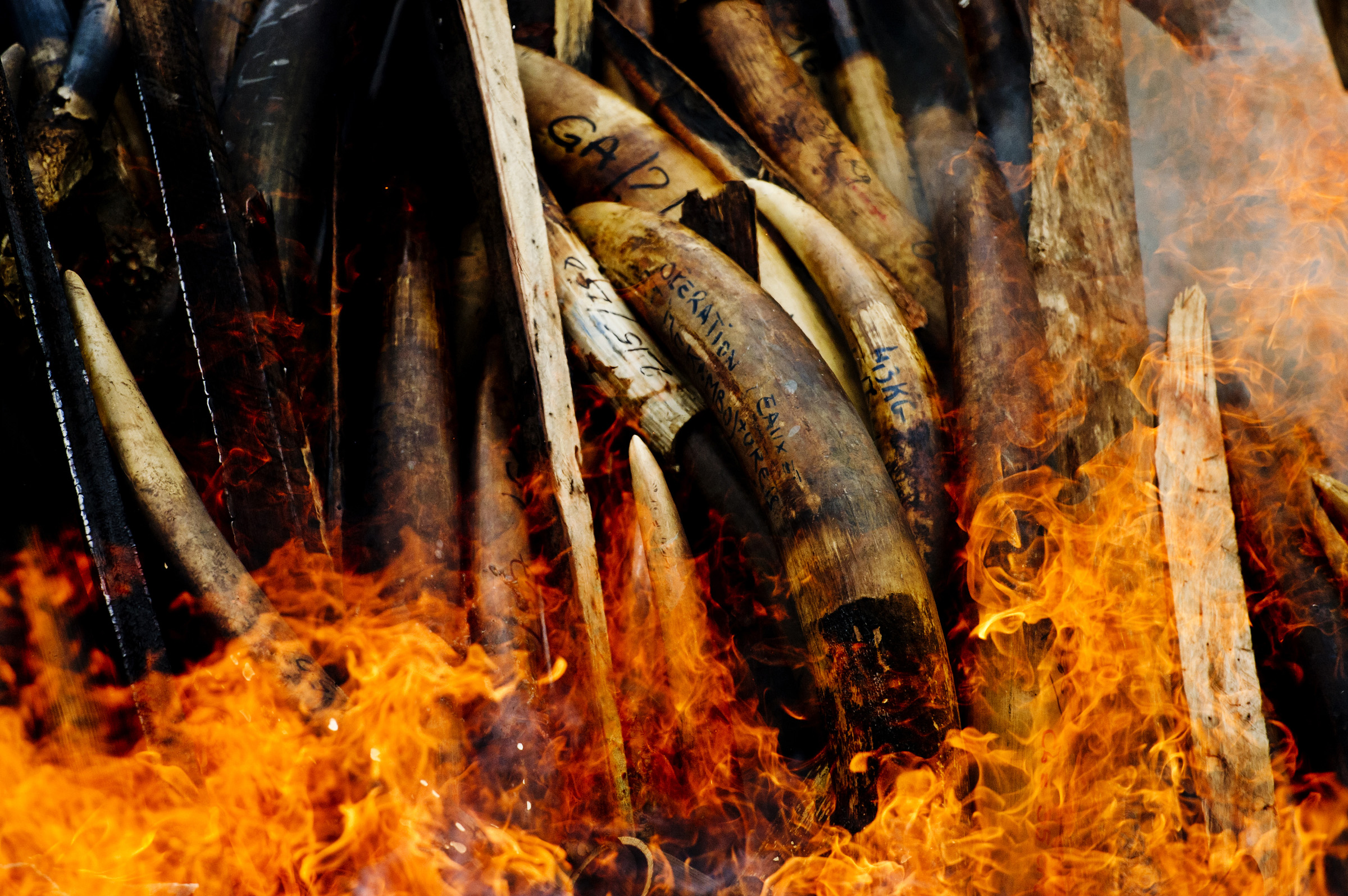 This event follows a period of intense poaching pressure in Central Africa, where the illegal killing of elephants for ivory is at record levels.

#WWF supports Gabon as it burns 1000’s of ivory tusks in move against poaching and illegal trade ow.ly/bR9wf #gabonivoryburn @wwf

A number of dignitaries were present for this historic event, including the President of Gabon, Ali Bongo, who lit the pyre earlier today.

President Bongo spoke of the importance of inviting the international community to witness the symbolic act of destroying the country’s ivory, noting it was a matter of national security.

He told the assembled dignitaries about the special unit Gabon had created within the National Parks Agency to tackle ivory poaching, and how Gabon, as the country with the most elephants in Central Africa, was issuing a strong message to the poachers and traffickers that their actions were unacceptable.

Crucially, President Bongo reiterated that Gabon would work with the Department of Justice to review penalties, and ensure people committing wildlife crimes would be prosecuted and sent to prison.

“Gabon has a policy of zero tolerance for wildlife crime and we are putting in place institutions and laws to ensure this policy is enforced,” he said.

President Bongo also underlined the need for regional co-operation to tackle wildlife crime, whereby anti-poaching measures in one country needed to be followed up by action in neighbouring countries too.

“Today we have witnessed a paramount event for the Central Africa region. It is hugely symbolic that a head of state has taken leadership in sending a signal to the outside world that illegal wildlife trafficking will not be tolerated” said Stefanie Conrad, WWF Central Africa Regional Office Representative.

“Illegal wildlife trade is a crime; it is the fifth largest illicit trade worldwide, and it finances insecurity across Africa. WWF will encourage similar symbolic events in the region to burn and destroy all illegal poached ivory.”

WWF and TRAFFIC worked with Gabon to independently audit its government-owned ivory stockpile before it was destroyed to ensure that all tusks were accounted for and none had leaked into illegal trade.

The audited ivory stock totalled 4,825 kilograms, including 1,293 pieces of rough ivory mainly composed of tusks and 17,730 pieces of worked ivory.

“TRAFFIC keenly anticipates that other nations will follow Gabon’s lead in dealing with their stockpiled ivory and either take it right out of the equation or put in place robust ivory management systems to ensure it can never leak into illegal trade,” said Tom Milliken, TRAFFIC’s ivory trade expert.