Global Tiger Day – spare a thought for tiger prey too! 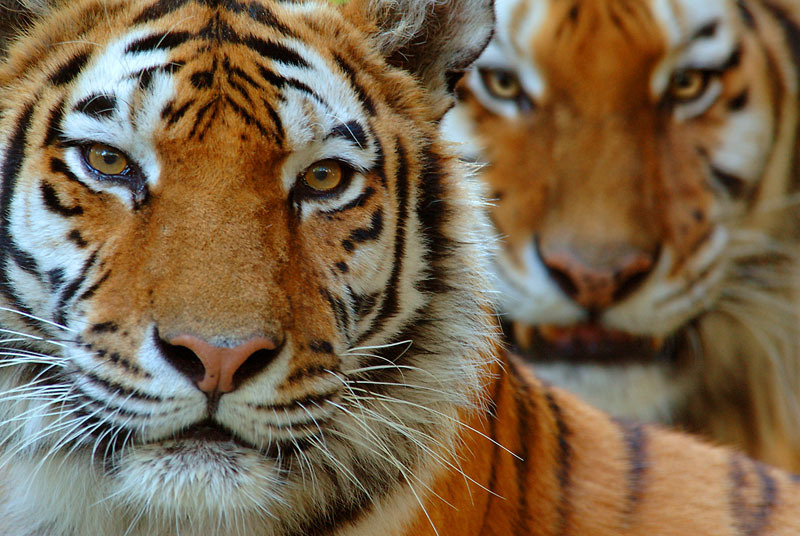 Global Tiger Day – spare a thought for tiger prey too!

As tiger range countries today celebrate Global Tiger Day, WWF is urging the governments to raise efforts to work towards Zero Poaching of tiger prey as well as tigers.

With wild tiger numbers as low as 3,200, direct, targeted poaching of tigers is the most immediate danger for the species today. However, a serious contributing factor to the plight of the tiger is the widespread decline of its forest larder – the deer, wild pigs and wild cattle such as the Gaur.

One tiger needs to eat the equivalent of a medium size deer every week to survive and without adequate food, the tiger population declines very fast. Too many forests of Asia are classed as ‘empty forests” – the trees are there but the animals are gone. Anti-poaching efforts therefore must be targeted at protecting both the tiger and its prey.

Poachers very often focus on tiger prey rather than tigers themselves. Prey animals are sought by local poachers to supply the local food market. Many of these prey species are also highly endangered and often neglected by conservation efforts. Yet, they can also benefit from the extra protection given to the tiger.

“Without protecting the tiger’s prey from poaching and forest degradation, achieving the target of doubling wild tiger numbers by 2022 is impossible,” said Mike Baltzer, Leader of WWF’s Tigers Alive Initiative. “The survival of the prey is key to the survival of the tiger.”

Tackling poaching requires high levels of professionally managed security. But if the local community is against the park or the tigers, then the continued efforts of the poachers will overwhelm even the best-trained, motivated rangers who are at the frontline protecting tigers.

A long-term WWF project in southern Thailand, working intensively with the local communities living around Kuiburi National Park, has reduced poaching by four-fold and doubled tiger prey population. The project clearly demonstrates that when local communities are well mobilized, they can be a very powerful and essential force against poaching.

Working towards Zero Poaching requires serious government intervention. The WWF Wildlife Crime Scorecard released on Monday reported that more than 200 tiger carcasses are being seized from illegal trade each year and that most countries were very far from providing protection against poaching and illegal wildlife trade, particularly those countries like China and Vietnam, where illegal traders know there is a strong demand for tiger-based products.

WWF is today releasing a short film “Confessions of an ex-poacher” that highlights the destructive trade. Interviews with two former poachers turned tiger protectors give insights into this illicit world that drives forests to become lucrative hunting grounds for poachers and making tigers their livelihoods. The film also discusses steps needed to stem out poaching in the heartland areas of forests where tigers breed.  One of these is to provide those at the frontlines protecting tigers – rangers, protected area officials and local communities – with the right tools to eradicate poaching.

Local communities and protected area staff, particularly rangers or specialized enforcement officers, are the frontline against poaching and the illegal wildlife trade. Rangers put their life on the line everyday to keep wild tigers and their prey safe. They are critical in achieving Zero Poaching, yet are not always fully appreciated for their important role. WWF will be launching a special action on International Rangers Day on 31 July to honour these unsung heroes.