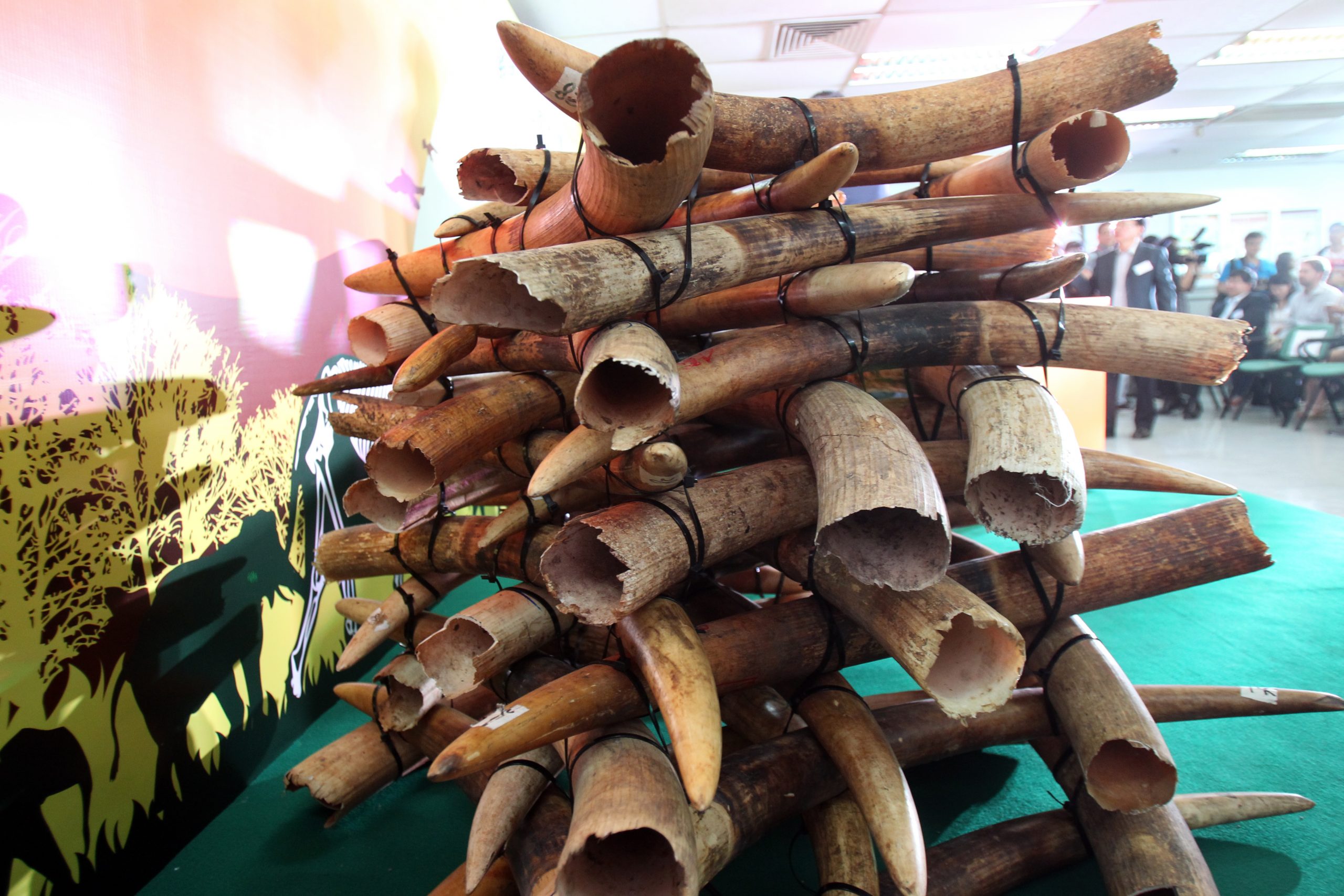 The government is also set to strengthen efforts to tackle the illegal ivory trade.

Every year around 30,000 elephants are killed in Africa for their tusks, primarily to satisfy the demand for ivory products in Asia. Hong Kong is a key part of this trade as a major transit and retail hub, with a study last year revealing that there were more ivory items for sale in Hong Kong than in any other city in the world.

Giving his annual policy address, Chief Executive Leung stressed that Hong Kong is very concerned about the poaching of elephants in Africa and stated that the government will consider “appropriate measures, such as enacting legislation to further ban the import and export of ivory and phase out the local ivory trade.”

Hong Kong said it will also impose heavier penalties for smuggling and the illegal trade in endangered species.

“The government must rapidly implement this decision and develop a concrete timeline to phase out the ivory trade because there is no time to waste,” added Edwards.

Last year, WWF-Hong Kong launched its campaign to end the ivory trade in concert with other conservation organisations, legislators and with wide public support. In early September, WWF-Hong Kong released a report that revealed fundamental flaws in the regulations governing the domestic ivory trade, which allowed traders to launder illegal ivory from Africa – contributing directly to the elephant poaching crisis.

Yesterday, WWF handed in a petition to ban the trade signed by tens of thousands of Hong Kongers. The city’s lawmaking body, the Legislative Council, also passed a motion in December calling for the government to explore further restrictions on the ivory trade, so as to ultimately achieve a total ban on the trade.

“The Hong Kong government has listened to the voices of the city’s people and politicians who have been clearly calling for a ban,” said Cheryl Lo, Senior Wildlife Crime Officer, WWF-Hong Kong. “Hong Kong can now play a leadership role and strike a major blow against the global illegal ivory trade and wildlife crime.”

The decision follows the announcement by Chinese President Xi Jinping and US President Barack Obama in September 2015 that they would take significant and timely steps to halt their domestic commercial ivory trades.

It also comes as the Convention on International Trade in Endangered Species of Wild Flora and Fauna (CITES) Standing Committee is meeting in Geneva – with ivory trafficking and elephant poaching high on the agenda. Yesterday, the European Union tabled recommendations in relation to National Ivory Action Plans, including calling on Hong Kong to provide further information on its registration system for ivory and the implementation and enforcement of regulations for domestic ivory trade.