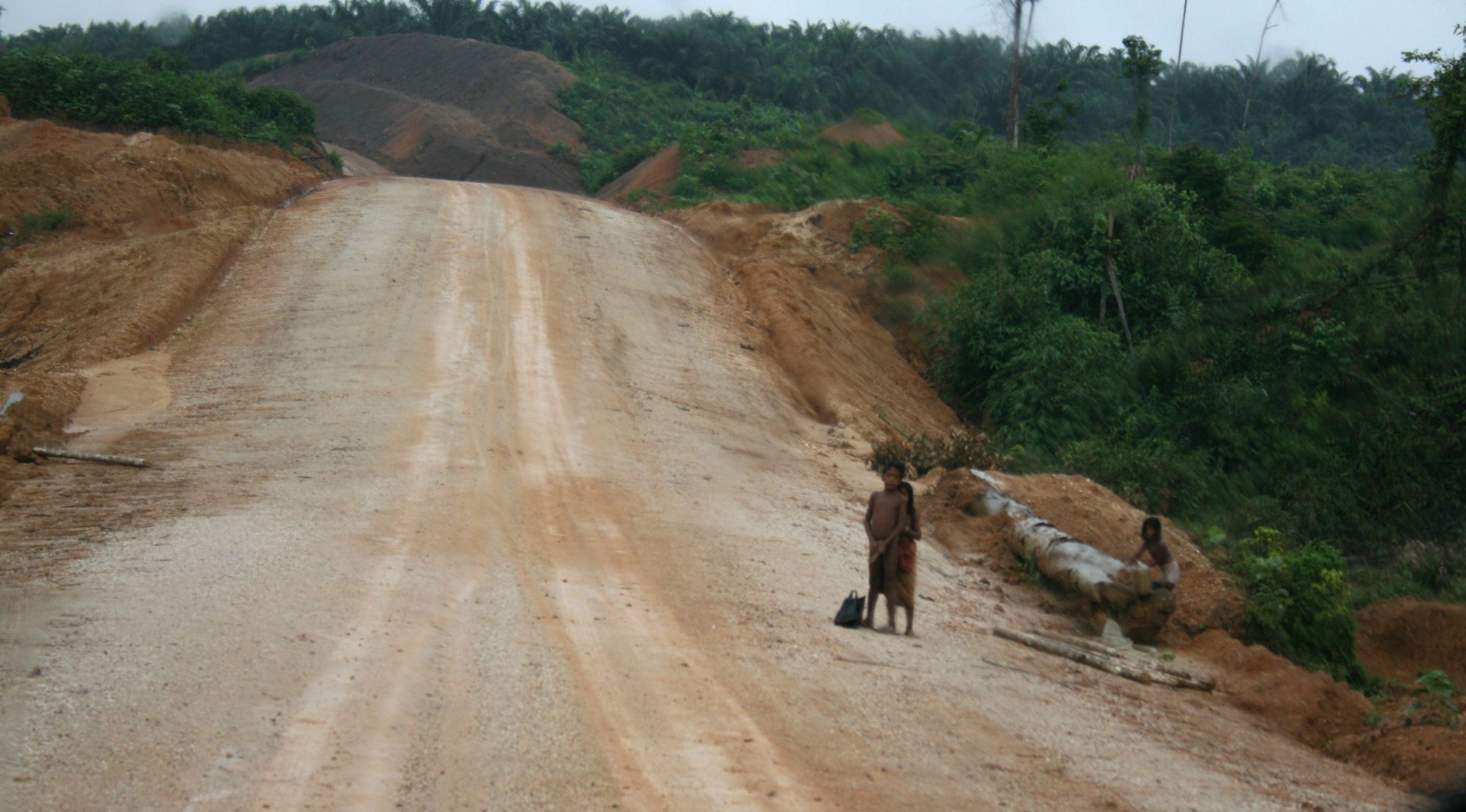 Field investigations in central Sumatra have found that the home of two tribes of indigenous people and endangered elephants, tigers and orang-utans faces “being split in half” by the construction of “a legally questionable highway” for logging trucks servicing one of the world’s largest paper companies.

The investigation, by WWF Indonesia and other scientific and conservation groups, also found the crucial Bukit Tigapuluh Forest Landscape threatened by illegal logging, clearing for plantations and other roadbuilding – much of it linked to operations of Asia Pulp & Paper (APP) and its partners.

The forest is one of the last large forests in Sumatra, boasts some of the richest biodiversity on earth and is one of Indonesia’s most important habitats for numerous species. It is the location of a successful conservation project to reintroduce orangutans, which now reside in a part of the landscape that is proposed for protected status but is already being cleared by APP-affiliated companies, the report found.

Clearing for the highway, which allows logging trucks easier access to APP’s pulp mills in Jambi Province, appears to have taken place after APP’s forestry operations in neighboring Riau Province were halted due to a police investigation of illegal logging. APP partners have cleared an estimated 20,000 hectares of natural forest in the Bukit Tigapuluh landscape, with some clearing appearing to be in violation of Indonesian law.

“With its high conservation values, the Bukit Tigapuluh Landscape should be protected and thus all natural forest clearance in the area has to be stopped,” said Ian Kosasih, WWF-Indonesia’s Forest Program Director.

“APP is one of the world’s largest paper companies and we believe its global customers expect it to act like a responsible corporate citizen. The company should commission independent assessments of the conservation values of these areas in a publicly transparent manner before any conversion takes place, and commit to protect and manage conservation values identified in these areas.”

Indonesian law has a set of criteria and requirements to be fulfilled prior to conversion of natural forest. Yet evidence found during the investigation indicates APP-affiliated companies converted hundreds of hectares before fulfilling these requirements, thus violating Indonesian law. Part of the area being cleared is in a proposed Specific Protected Area that serves as habitat for about 90 Sumatran orangutans recently introduced into the area for the first time in more than 150 years.

Unplanned and illegal road building is especially devastating to such areas, opening them up to poaching, illegal settlement and plantation activities and undermining the viability of indigenous communities. One of the tribes threatened by APP-linked activities is wholly dependent on the Bukit Tigapuluh Landscape.

“We urge APP and its partners to stop clearing any more natural forest whose ecological, environmental and cultural conservation values have not been determined and to stop sourcing any of its purchased wood from such forests,” Ian Kosasih said.

“We also call on the government to ensure an end to all forms of forest clearance found to violate national Indonesian laws and regulations.”