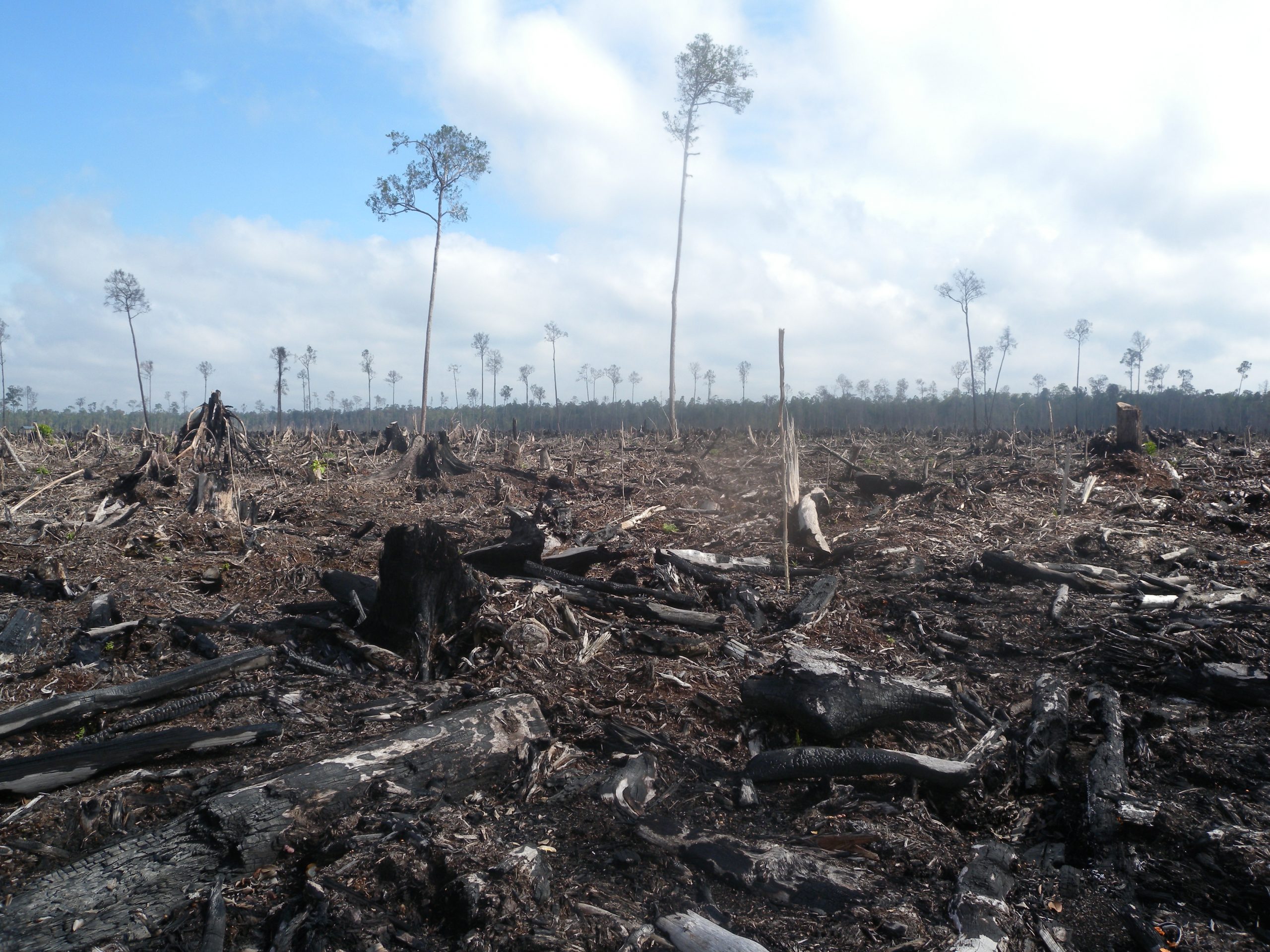 Jakarta, Indonesia – The much-touted new deforestation policy of controversial paper giant Asia Pulp & Paper (APP) will save almost no forests in its main base of operations, Sumatra, Indonesia, a new report by NGO coalition Eyes on the Forest has concluded.

APP and Sinar Mas announced the policy in February as “an end to the clearing of natural forest across its entire supply chain in Indonesia, with immediate effect.” However, a new Eyes on the Forest (EoF) analysis that looks at all APP concessions – including those not covered by the moratorium – in Riau Province, Sumatra, found that the policy protects at most 5,000 hectares of natural forest. This compares to the deforestation of more than 2 million hectares caused by the operation of APP’s Sumatra pulp mills over the past three decades.

“We’re extremely disappointed. When APP published the policy, we thought it could be great news for Indonesia’s forests, biodiversity and citizens,” said Nazir Foead, Conservation Director of WWF-Indonesia. “However, after this new analysis for Sumatra, it appears that the company has announced a halt to deforestation only after completing nearly all the deforestation it could possible do.”

Among APP’s many natural forest wood sources are the concessions of its suppliers in Riau Province. They alone lost more than 680,000 hectares of natural forest between the start of the company’s Riau pulp mill in 1984 and 2012. Of that, 77% was lost in legally questionable ways, while an even larger proportion – 83% – consumed the habitat of critically endangered Sumatran tigers and elephants.

WWF called on APP and Sinar Mas to announce a forest restoration commitment.

“The company is asking for a grand amnesty, for the ‘past to be forgotten’, leaving our country to deal with devastated ecosystems, social conflicts, on-going greenhouse gas emissions and critically endangered species who lost their habitat,” says Aditya Bayunanda, GFTN and pulp & paper manager of WWF Indonesia. “That is not acceptable, Indonesian NGOs are calling on APP to restore selected peatlands and forests lost in protected, High Conservation Value areas and to mitigate the damage its operations caused to surrounding natural forests, peat soils, and wildlife.”

Eyes on the Forest also highlights that SMG/APP’s much advertised High Conservation Value assessments are to be conducted in concessions where planned clearing is complete and the remaining forests are already protected by law or APP’s previous commitments.

“Without a restoration commitment, these assessments have little meaning,” adds Bayunanda.

The report also shows that, despite previous company promises to exclusively pulp plantation fiber by 2004, 2007 and 2009, the company’s rate of deforestation remained constant between 1995 and 2011, apart from a short period in 2007-2009 when authorities were investigating alleged illegal logging by the industry, including APP wood suppliers. The rate slowed in 2012 – for the sole reason that there was very little natural forest left to cut.

“Our analysis points to one conclusion: APP once again seems to hope that it can fool people into imagining huge conservation benefits while overlooking past transgressions,” said Hariansyah Usman of WALHI Riau. “We don’t see the policy’s potential future conservation benefits balancing in any way the many unresolved issues stemming from APP’s deforestation legacy.”

“Eyes on the Forest highlights that only full disclosure of all activities, including the status of all existing and planned wood supply bases and all mill expansion plans can prove whether this policy contains any real conservation benefits.”

Last week, NGOs in Kalimantan, on the Indonesian side of Borneo, found continued logging of tropical forest taking place in the concessions of two APP wood suppliers, who are supposed to be bound by the February deforestation moratorium.

A serious red flag to WWF is the fact that APP’s mills continue to accept and pulp natural forest timber, under the claim that it was felled before the moratorium started on 1 February 2013. WWF-Indonesia calls on APP to close this loophole since it could be used by suppliers to feed wood into the mills from new deforestation, in violation of the policy. WWF has proposed a May 5 deadline to end their mills’ acceptance of natural forest timber, allowing the company over 3 months to transport stockpiles of wood cleared before February.

“WWF recommends that paper buyers do not rush into doing business with APP”, says Rod Taylor, Director of Forests at WWF International. “APP cannot be regarded as a responsible producer without redressing the harm caused by its past operations and removing any doubt that wood linked to forest clearing can enter its mills.”

EoF published analyses of the report on its interactive online map, based on Google Earth’s Maps Engine platform, allowing stakeholders to evaluate some of the aspects of APP’s new forest policy and monitor its implementation. EoF will update its database regularly as information from other provinces and new details about existing concessions becomes available.

1. The report is available at http://bit.ly/XclJ7n
2. The analysis data is published as interactive maps on the Eyes on the Forest-Google Earth online Sumatra database at: http://maps.eyesontheforest.or.id/
3. The analysis found that 89% of natural forests remaining last year in SMG/APP suppliers’ concessions in Riau were protected by law and additional 8% by the company’s own previous commitments, thus leaving at most 5,000 hectares of natural forest receiving new protection under the policy
4. Initial response of WWF-Indonesia to the announcement of APP’s policy on 5 February was published at: http://bit.ly/12b1cjL
5. On 18 March, Greenomics published a report to show that APP’s forest clearance moratorium was announced after their suppliers in Sumatra completed their planned deforestation: http://bit.ly/12b1QxN.
6. On 26 March, NGOs in Kalimantan published a report that APP’s suppliers continued logging and peat canal development activities after the company’s imposed moratorium: http://bit.ly/12b1HKX

The APP saga – years of promises, years of destruction