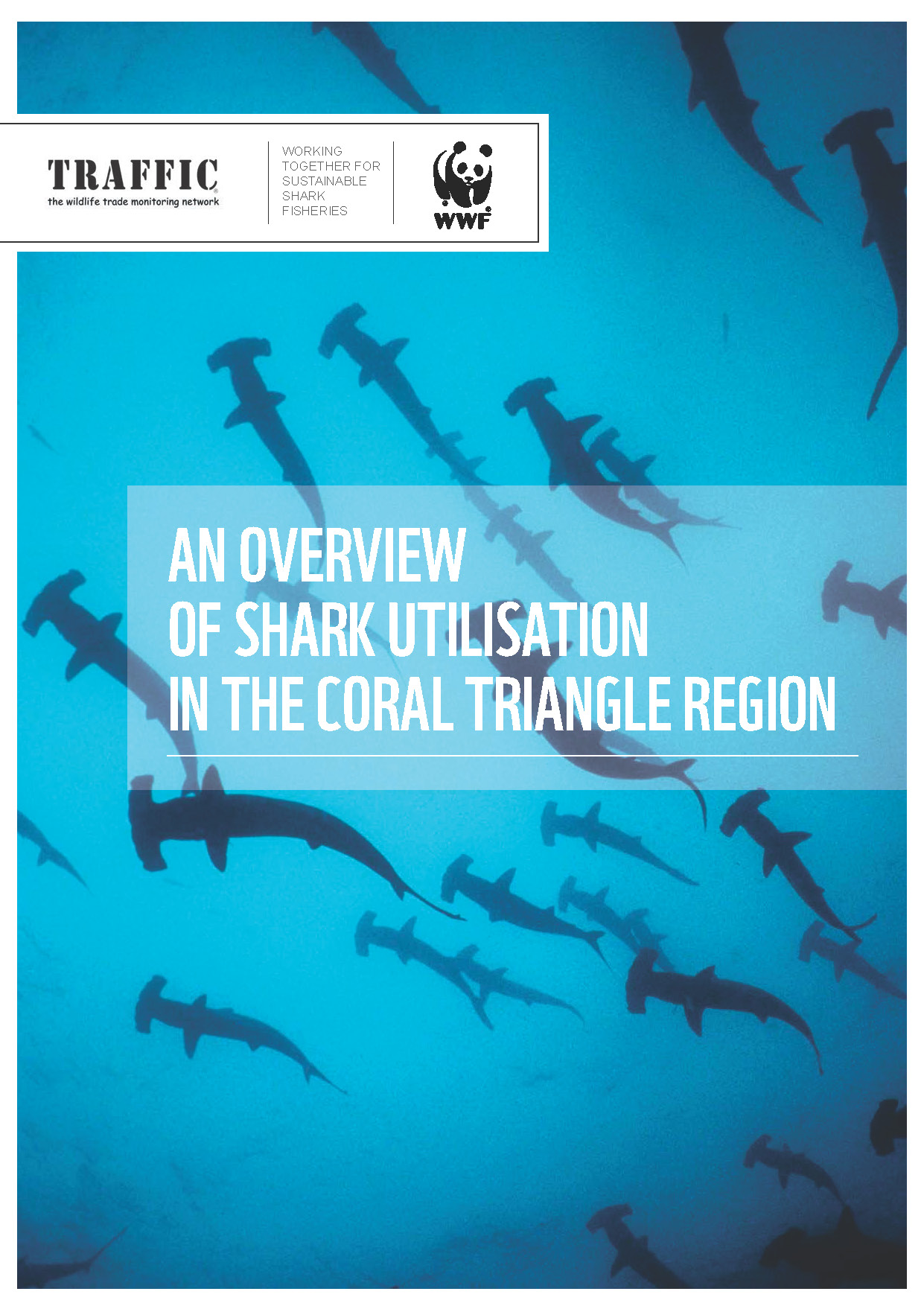 Hong Kong, China: WWF and TRAFFIC today released a new report that shows the need for a more concerted effort in managing shark fisheries in the Coral Triangle, to help conserve dwindling populations of these threatened species.

The report, An Overview of Shark Utilization in the Coral Triangle Region, examines the catch, trade, and  management  of  sharks  in  waters  of  the  six  Coral  Triangle  countries:  Indonesia,  Malaysia, Papua  New  Guinea,  the  Philippines,  Solomon  Islands,  and  Timor  Leste,  plus  the  neighbouring countries of Viet Nam and Fiji.

Indonesia and Malaysia are among the top 20 shark catching nations in the world—Indonesia being the single largest catcher.

“This report identifies crucial gaps in these countries’ implementation of management measures and data collection. In some cases this reflects inconsistency with basic requirements of the regional bodies and international conventions of which they are members,” says Glenn Sant, TRAFFIC Global Marine Programme Leader.

“A lack of data is detrimental to the sustainable management of sharks in the region and needs to be urgently addressed as sharks are heavily targeted in several of these countries,” adds Sant.

Some fisheries target sharks for their meat but the main driver of unsustainable fishing for sharks is currently the demand in Asia for fins, which are used in shark fin soup.

“The development of sustainable shark fisheries in this region has a long way to go. None of the countries can currently claim to be effectively and responsibly managing their shark resources,” says Sant.

“Responsible utilization of shark resources requires responsible management, trade, and consumption. Each of these elements requires adequate governance and monitoring to provide confidence that traded shark products are from sustainable sources,” adds Sant.

“The introduction of a comprehensive package of shark management measures must be a priority for these countries. Shark sanctuaries are an important component of this package as they provide an immediate and precautionary supplement to other management measures and, in particular, can provide much needed refuge and protected nursery areas for sharks,” says Andy Cornish, WWF-Hong Kong Conservation Director.

Despite long-standing global concerns on declining shark populations due to growing evidence that many shark species are threatened, shark populations continue to decline due to a general lack of even basic management, and the plight of sharks is further exacerbated by illegal, unreported, and unregulated fishing.

“This report shows how slow the development of sustainable fisheries has been in important areas where sharks are caught, and why WWF advocates that people should stop consuming shark fin and other parts, unless consumers can verify that a shark product is really coming from a sustainable source, notably with Marine Stewardship Council (MSC) certification. MSC is the only credible ecolabel currently available for wild capture fisheries, and there are only two MSC certified shark fisheries in the world” noted Cornish.

Sharks play a very important role in coral reefs and other habitats, sitting at the top of the food chain, and help maintain the delicate balance of these marine ecosystems.

Of the 1,044 shark-related species, 181 are listed as threatened by IUCN, the International Union for Conservation of Nature, Red List, while 488 are classified as data deficient.

Sharks in the Coral Triangle