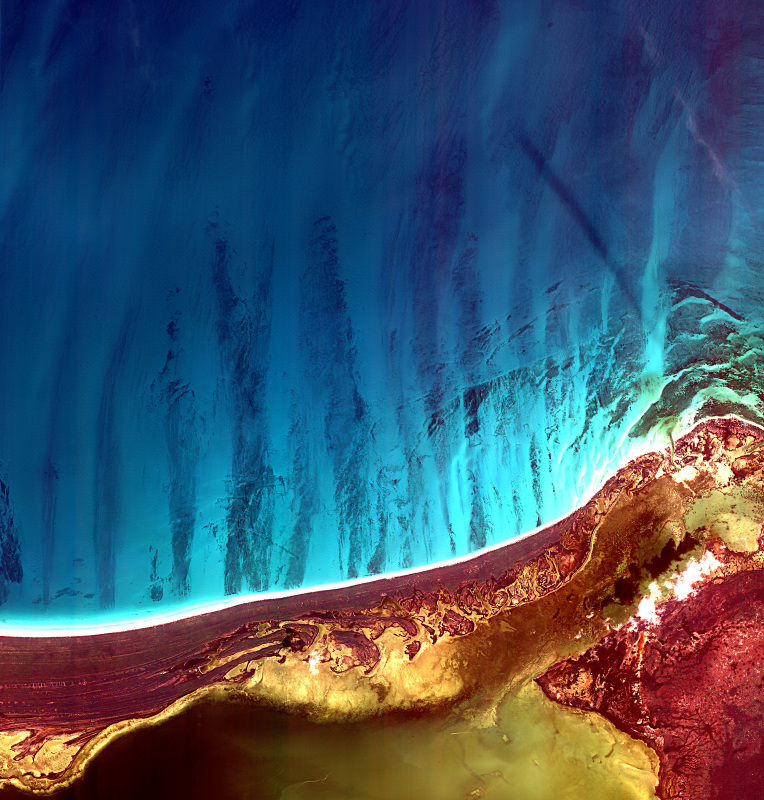 Gland, Switzerland. An ever-growing demand for resources by a growing population is putting tremendous pressures on our planet’s biodiversity and is threatening our future security, health and well-being, reveals the 2012 edition of WWF’s Living Planet Report – the leading biennial survey of the Earth’s health.

Produced in collaboration with the Zoological Society of London and Global Footprint Network, this year’s report was launched today from the International Space Station – by ESA astronaut André Kuipers, who provided a unique perspective of the state of the planet from his European Space Agency mission.

“We only have one Earth. From up here I can see humanity’s footprint, including forest fires, air pollution and erosion – challenges which are reflected in this edition of the Living Planet Report,” said Kuipers in launching the report during his second mission into space. “While there are unsustainable pressures on the planet, we have the ability to save our home, not only for our benefit, but, above all, for generations to come,” he said.

The Living Planet Report uses the global Living Planet Index to measure changes in the health of the planet’s ecosystems by tracking 9,000 populations of more than 2,600 species. The global Index shows almost a 30 per cent decrease since 1970, with the tropics the hardest hit – where there has been a 60 per cent decline in less than 40 years. Just as biodiversity is on a downward trend, the Earth’s Ecological Footprint, one of the other key indicators used in the report, illustrates how our demand on natural resources has become unsustainable.

“We are living as if we have an extra planet at our disposal. We are using 50 per cent more resources that the Earth can sustainably produce and unless we change course, that number will grow fast – by 2030 even two planets will not be enough,” said Jim Leape, Director General of WWF International.

The report reinforces the impact of human population growth and over-consumption as critical driving forces behind environmental pressure.

“This report is like a planetary check-up and the results indicate we have a very sick planet,” said Jonathan Baillie, Conservation Programme Director with the Zoological Society of London. “Ignoring this diagnosis will have major implications for humanity. We can restore the planet’s health, but only through addressing the root causes, population growth and over-consumption.”

The report also highlights the impact of urbanization as a growing dynamic – by 2050, two out of every three people will live in a city; and the need for humanity to develop new and improved ways of managing natural resources.

“We can create a prosperous future that provides food, water and energy for the 9 or perhaps 10 billion people who will be sharing the planet in 2050,” added Leape. “Solutions lie in such areas as reducing waste, smarter water management and using renewable sources of energy that are clean and abundant – such as wind and sunlight.”

The difference between rich and poor countries is also underlined in the report. High income countries have an Ecological Footprint on average five times that of low-income countries.

Yet according to the global Living Planet Index, declines in biodiversity since 1970 have been most rapid in the lower income countries – demonstrating how the poorest and most vulnerable nations are subsidizing the lifestyles of wealthier countries. Decreasing biocapacity (a region’s capacity to regenerate resources) will require a country to import essential resources from foreign ecosystems – potentially to the long-term detriment of the latter.

“Growing external resource dependencies are putting countries at significant risk. The ecological crisis is becoming a driver for our growing economic pains,” said Mathis Wackernagel, President of Global Footprint Network. “Using ever more nature, while having less is a dangerous strategy, yet most countries continue to pursue this path. Until countries begin tracking and managing their biocapacity deficits, they not only put
the planet at risk, but more importantly, themselves.”

The Living Planet Report outlines a number of solutions needed to reverse the declining Living Planet Index and bring the Ecological Footprint down to within planetary limits. These are set out as 16 priority actions, and include improved consumption patterns, putting an economic value on natural capital, and creating legal and policy frameworks that manage equitable access to food, water and energy.

The report is launched just five weeks before nations, businesses and civil society gather in Rio de Janeiro for the UN Conference on Sustainable Development (Rio+20 ). Twenty years on from the last Earth summit, this meeting is a key opportunity for global leaders to reconfirm their commitment to creating a sustainable future.

“The challenges underlined in the Living Planet Report are clear,” said Leape. “Rio+20 can and must be the moment for governments to set a new course towards sustainability. The meeting is a unique opportunity for coalitions of the committed – of governments, cities and businesses – to join forces and play a crucial role in keeping this a living planet.”

About WWF
WWF is one of the world’s largest and most respected independent conservation organizations, with over 5 million supporters and a global network active in over 100 countries. WWF’s mission is to stop the degradation of the Earth’s natural environment and to build a future in which humans live in harmony with nature, by conserving the world’s biological diversity, ensuring that the use of renewable natural resources is sustainable, and promoting the reduction of pollution and wasteful consumption.
panda.org/news for latest news and media resources

About Global Footprint Network
The Global Footprint Network promotes a sustainable economy by advancing the Ecological Footprint, a tool that makes sustainability measurable. Together with its partners, the network coordinates research, develops methodological standards and provides decision makers with robust resource accounts to help the human economy operate within the Earth’s ecological limits. www.footprintnetwork.org

About the European Space Agency
The European Space Agency (ESA) is Europe’s gateway to space. Its mission is to shape the development of Europe’s space capability and ensure that investment in space continues to deliver benefits to the citizens of Europe and the world. ESA is an international organization with 19 member states. By coordinating the financial and intellectual resources of its members, it can undertake programmes and activities far beyond the scope of any single European country. The Agency’s various programmes are designed to find out more about Earth, its immediate space environment, our solar system and the universe. www.esa.int