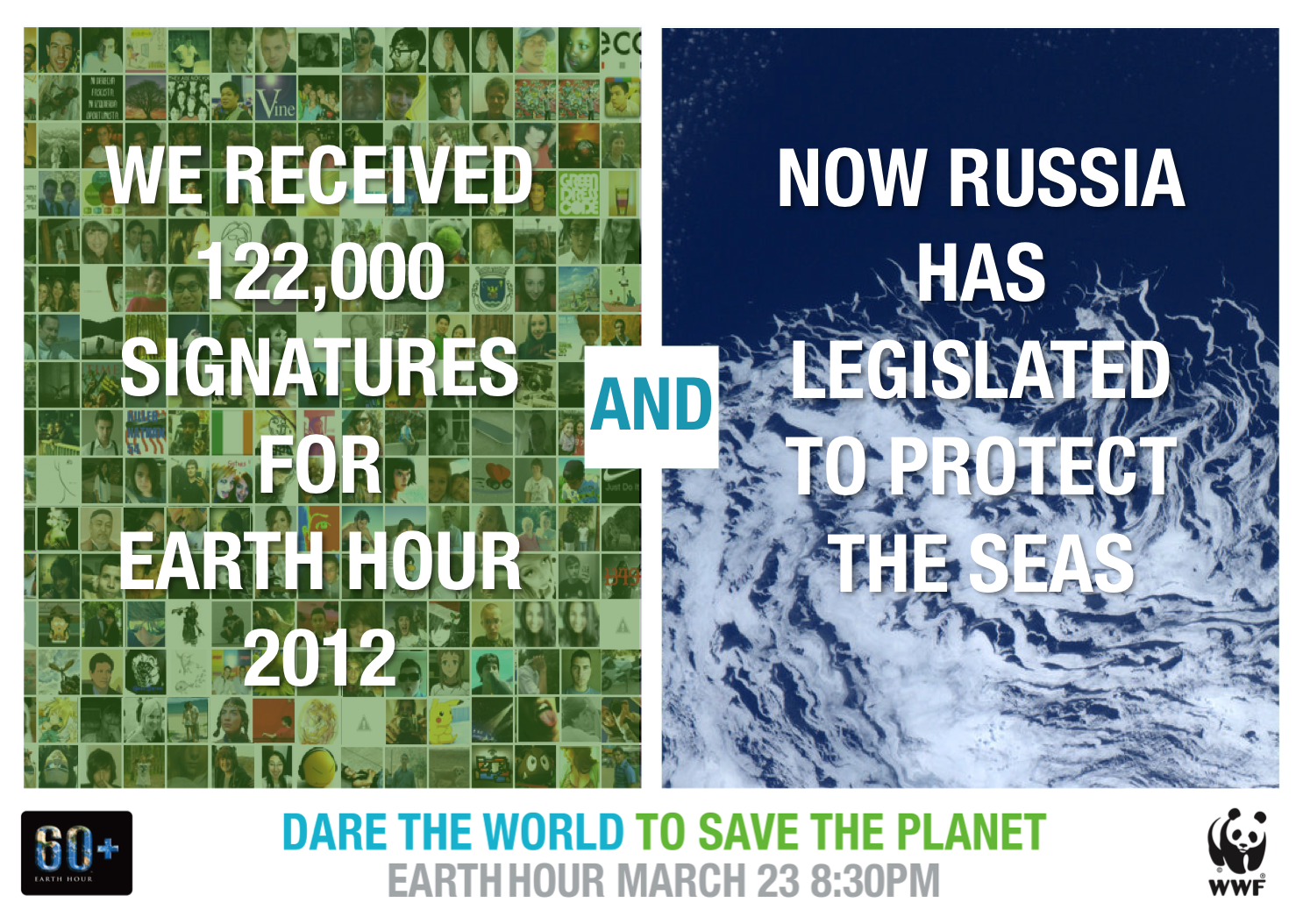 Russian has passed a long-awaited law to protect the country’s seas from oil pollution after 120,000 Russians signed a petition as an Earth Hour 2012 conservation challenge.

WWF-Russia has been working with the Russian authorities on a law since the catastrophic oil spill in the Kerchensky Strait of Southern Russia in 2007. In 2011 the State Duma approved a first hearing of a draft law that did not adequately protect the marine environment against oil spills.

In response, WWF-Russia used the Earth Hour I Will If You Will challenge platform to motivate citizens to campaign for a more complete version of the law.

Celebrities filmed video pledges about what they would be willing to do if 100,000 people signed the petition. Most completed their promises within three weeks from when the goal was reached.
WWF-Russia, the Ministry of Natural Resources and a specialized State Duma committee worked together to redraft the initial draft law into a robust protection against oil pollution.

The new law defines rules for extracting and transporting hydrocarbons and requires operating companies to take increased responsibility for preventing oil spills. If a spill does occur, the company holding the licence must now make full restitution to the environment, even if one of their contractors was at fault. The law also includes measures to coordinate response to a spill and will enable volunteers to help with the clean up.

WWF-Russia used the Earth Hour 2013 I Will If You Will challenge platform to promote a petition to ban industrial logging in Russia’s protective forests and will continue to campaign for further measures to protect the seas against oil pollution.

WWF’s Earth Hour started in Sydney, Australia, in 2007 as a citizen initiative to protest against climate change, and call for urgent action. People were encouraged to switch off their lights as a symbolic action to demonstrate their commitment to a sustainable future. Since then, Earth Hour has grown at a huge pace to become the world’s largest mass participation environmental movement, active in over 150 countries, and has gone “beyond the hour” to become a platform where people can mobilise action on climate and other environmental priorities.