Spider-Man Announced As First Ever Superhero Ambassador For Earth Hour 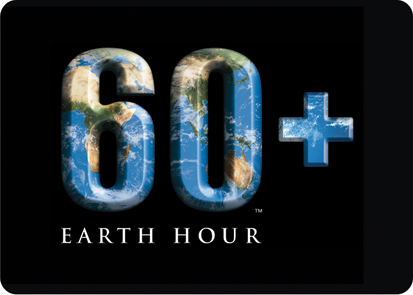 Spider-Man Announced As First Ever Superhero Ambassador For Earth Hour

February 13, 2014
Share on facebook
Share on twitter
Share on linkedin
Singapore, 13 February 2014 – In a unique partnership, Spider-Man will be the first superhero ambassador for Earth Hour, the global movement organised by the WWF (World Wide Fund for Nature), with a message to inspire everybody to be superheroes and use their power to drive a positive change for the environment.
Singapore is the home of Earth Hour and is at the epicentre of the global movement towards a sustainable future. Towards that, WWF-Singapore urges Singaporeans to ‘use your power’ this Earth Hour by pledging their support at the Earth Hour micro-site (http://earthhour.wwf.sg/) for four simple and localised actions:
·      To turn their air-conditioning up by one degree,
·      Switch to LED lighting,
·      Use fewer plastic bags, and
·      Take shorter showers.
“Being the home of Earth Hour puts Singapore in the global spotlight. WWF-Singapore is excited to see, in true Earth Hour fashion, the various government agencies, businesses and individuals collaborating with us to showcase Singapore’s commitment to sustainability,” said Ms Elaine Tan, CEO of WWF-Singapore.
In conjunction with Earth Hour, WWF-Singapore will launch its first photo and film competitions for students in Singapore. Both competitions will ask youths to be superheroes and use their power to drive a positive change for Singapore. Film competition will be judged by Marc Webb, director of The Amazing Spider-Man 2, with the winning short film being screened at the Singapore premiere of the highly anticipated blockbuster.
This year’s Global Lights Out Event will coincide with the closing of Urban Redevelopment Authority’s (URA) iLight Marina Bay and will be the world’s largest Earth Hour Event to date. It will be held at The Float@Marina Bay on 29 March from 5PM onwards and will be an action-packed celebration for everyone with a spectacular countdown to lights out. More details will be released on the Earth Hour micro-site soon.
Earth Hour 2014 is made possible with the support of URA as the Official Venue Partner for the Lights Out event to be held at Marina Bay Singapore, National Environment Agency, National Climate Change Secretariat and Marina Bay Sands. This year’s major sponsor is Singapore Post while sponsors are IKEA and NTUC FairPrice. The official radio stations are Hot FM91.3, Kiss 92FM and UFM 100.3, while the partners are Clear Channel, Energy Floors, Kevin Ou Photography, Leica and Singapore Scouts Association.
– Ends –
Notes to Media:
·     Earth Hour 2014 in Singapore will take place at The Float at Marina Bay on Saturday, 29 March 2014
·     Be a superhero for the planet, use your power and pledge your support at http://earthhour.wwf.sg/
·     Amplify your voice on social media with Earth Hour hashtags: #useyourpowersg, #earthhoursg and #wwfsg
Media Contacts:
For all media queries on Earth Hour and WWF-Singapore, please contact Wai Yi, Miko and Qi Hua from The Hoffman Agency at (65) 6361 0260 or wwfsg@hoffman.com.
About Earth Hour
Earth Hour is a global environmental movement of WWF. As one of the first open-sourced environmental campaigns, Earth Hour has grown from a symbolic event in one city into a global movement, crowdsourcing actions from individuals, businesses, organisations and governments to generate environmental outcomes. In 2014, the Earth Hour Blue sees the movement enter the most exciting stage of its evolution, to be at the forefront of crowd funding and crowdsourcing for causes, innovation and creativity for the planet.
About WWF
WWF – World Wide Fund for Nature is one of the world’s largest and most respected independent conservation organizations, with almost five million supporters and a global network active in more than 100 countries. WWF’s mission is to stop the degradation of the Planet’s natural environment and to build a future in which humans live in harmony with nature, by conserving the world’s biological diversity, ensuring that the use of renewable natural resources is sustainable, and promoting the reduction of pollution and wasteful consumption.  www.wwf.sg
PrevBack to Previous Page
NextNext