Tigers call for roar of support 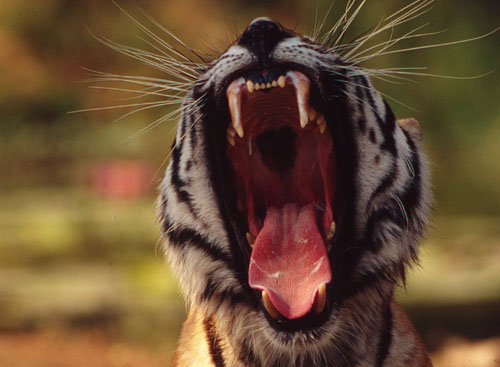 Tigers call for roar of support

Gland, Switzerland: To save the world’s remaining wild tigers, WWF is not asking people to stand-up and be heard – but asking them for a roar of support.

With tigers in the wild numbering fewer than 3,200, WWF has launched a first-time campaign where web users can literally roar their support for tigers.

The Tiger Roar Campaign, available at www.panda.org/roar, is an online application where the public can add their own roars in many different ways, whether solo or in a group of friends, family, or with their colleagues.

Users can upload pictures of themselves getting all “roary,” shoot video of their roars, and upload them to YouTube or Vimeo, and then link them in. For a simpler approach, users can even text message their roars.

Once uploaded, participants can then search through other entries and vote for their favourite roars, including casting their votes for the funniest or most frightening roars from around the world.

Everyone who submits a roar will be counted in a special WWF petition to be presented to heads of government, including prime ministers, from the 13 tiger range countries that are attending the Tiger Summit, scheduled for November in St. Petersburg, Russia.

“This is a crucial meeting that will determine the fate of wild tigers, and we need everyone’s help to get world leaders to the meeting,” said Michael Baltzer, head of WWF’s tiger programme.

“To encourage these powerful people to make the right decisions, and keep to their stated goal of transforming tiger conservation and doubling the number of wild tigers by 2022, we need you to stand up and roar – any which way you can.”

The Tiger Roar Campaign is part of WWF’s Year of the Tiger campaign, which runs through February 2011.

WWF launched the TX2 campaign early this year, which seeks to double the number of wild tigers by the next Year of the Tiger in 2022.

A first-time tiger conservation declaration from the 13 countries that still have wild tiger populations was prepared in Bali, Indonesia in July this year, and is due to be signed before the close of Year of the Tiger at the Tiger Summit.

The Declaration seeks to create a tiger recovery program that is global in scope while also promoting transboundary cooperation amongst the 13 tiger range countries.

WWF also will display some of the best roars at the Summit to create awareness of the plight of wild tigers among world leaders and their delegations.