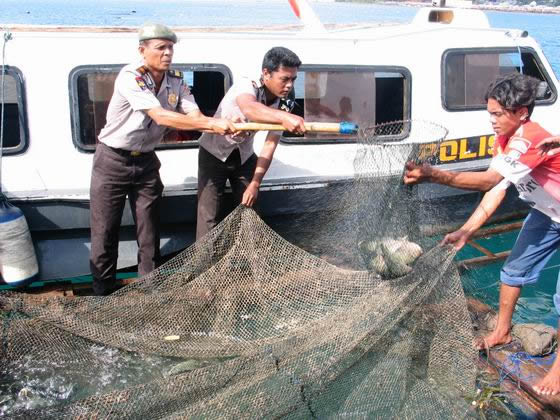 South-east Asia, perhaps more than any other region on the planet, encapsulates the full range of challenges facing the management of wildlife trade. World-renowned not only for its diversity of animal and plant species, but also for cultural, linguistic, political and religious diversity, South-east Asia encompasses a range of lifestyles that all rely in some way upon wildlife resources for food, medicines, clothing and other products.

Economic growth, expansion of infrastructure, free trade agendas and a general push for development are contributing to a rapidly changing socio-economic dynamic. In a liberalised trade policy environment, it is all too easy to treat wildlife as just another commodity rather than paying heed to the management needs of natural production systems. However, now that Lao PDR has joined CITES, all 10 countries in the Association of South East Asian Nations (ASEAN) are Parties to the Convention – which creates a common basis upon which to conduct legal and sustainable wildlife trade But the challenges remain daunting. While more effective law enforcement and inter-agency co-operation is needed to control illegal trade, only by reversing trends of over-harvesting can trade in legally acquired wild species, their by-products and derivatives, continue to support the sustainable development of human societies.

Sectors of Trade
Traditional Medicine
Many traditional medicines use wildlife as ingredients, for example traditional East Asian medicines use parts and derivatives from more than 1000 plant and animal species including tiger bone, bear gall bladder, pangolin scales, rhinoceros horn and Dendrobium orchids. Maintaining medicinal plant harvest and trade within sustainable levels also presents a major challenge in the region. TRAFFIC’s work has shown continued availability of rare species as ingredients without any systems in place to ensure their legality and sustainability – and medicinal vendors rarely have any knowledge on the status of the species in the wild.
The Pet Trade
Much of the pet trade is dominated by reptiles and birds, and an increasing trend exists to meet the demand of specialist collectors for some of the world’s rarest species. These ‘hobbyists’ often specialise in particular groups of species such as types of parrots and songbirds (e.g. Straw-headed Bulbul Pycnonotus zeylanicus, Palm Cockatoo Probosciger atterrimus), tortoises and freshwater turtles (e.g. Indian Star Tortoise Geochelone elegans, and the Pignosed Turtle Carretochelys insculpta), snakes or lizards, with a view to collecting the broadest, and often the rarest, range of species.

It is this global demand for rare and exotic pets that fuels much of the illegal collection and smuggling from the renowned biodiversity hotspots in South-east Asia – as well as rising demand from countries within South-east Asia for endemic species from Africa, South America and Australasia.

Food
For many people, wildlife is an important source of protein. In some countries, food harvested from nature, whether wild meat, fisheries products or edible plants, contributes to national economies and the livelihoods of local communities.

However, in recent decades, growing human populations, unsustainable harvesting and illegal activities have put additional pressure on these resources. For example, studies by TRAFFIC and other scientific assessments have shown that trade in live reef fish for food is a serious threat to the survival of wild populations of groupers and wrasses in South-east Asia, with the declining aggregations of Humphead Wrasse Cheilinus undulatus illustrative of broader trends.

In many parts of the region, wild meat from species such as deer, pangolin and snakes is consumed as delicacies or ‘tonic’ food items, rather than for subsistence needs.

In East Asia, meat from freshwater turtles (such as the South-east Asian Box Turtle Cuora amboinensis) is consumed in huge volumes despite the fact that three-quarters of the 90 species found in Asia are considered threatened, and 18 are considered critically endangered, such as the River Terrapin Batagur baska. As turtles are long-lived animals, consumers hope to attain similar longevity, and many believe that the ‘wildness’ of the meat will benefit their health.

Curios and trophies
A wide range of animal products are found in Southeast Asia’s ornamental trade, including elephant ivory carvings, products made from the shell of the Hawksbill Turtle Eretmochelys imbricata, seashells, coral souvenirs, mounted insects such as butterflies and beetles. Horns, antlers and heads are hunted and traded for their value as trophies, such as those from Sambar Cervus unicolor and Serow Naemorhedus sumatraensis.

International travellers frequently have the option to purchase goods made from endangered species, such as marine turtle products and elephant ivory while abroad. Often this illegal trade is unintentional, resulting from ignorance of the laws and of which species require permits for export and or import. In many cases, these products can be legally offered for sale in popular tourist locations, but transporting them across international borders requires special permits, such as those issued by CITES authorities.

In other cases, wildlife products are sold in open violation of national or local laws – and concerted investigations and law enforcement is needed to police any continuing availability. Little or no information is available to alert buyers to the illegal nature of some purchasing options, or regarding the effect the market for these products has on wild populations. Greater awareness of the legality of wildlife souvenir trade is needed to enable travellers to buy wisely.

Skins, furs and wools
Skin, furs, wool and hair from many species of mammals, reptiles and even fish are traded in the international market to make products ranging from clothing and accessories such as footwear, shawls and wallets, to ornaments, charms, and rugs.

In many cases, this trade is bringing some of the world’s most endangered species closer to extinction, with the Tibetan Antelope or Chiru Pantholops hodgsonii and Asian wild cats such as Tiger Panthera tigris, Leopard Panthera pardus and Clouded Leopard Neofelis nebulosa being prime examples. For example, a TRAFFIC report on trade in the Sumatran Tiger revealed that at least 50 Sumatran Tigers were poached per year between 1998 and 2002. This poaching is being driven by a substantial domestic Indonesian market for Tiger skins and other parts, especially claws and teeth for trophies, charms and souvenirs.

Reptile skins, particularly crocodile, snake (like Reticulated Python Python reticulatus and Rock Python P. molurus) and monitor lizards Varanus spp., dominate the exotic leather market, while some tanneries produce muntjac and pangolin leather products.
Forest products
South-east Asia’s forests contain diverse resources that are used to generate income for many levels of society, as well as foreign currency and tax revenue when those resources are exported. Many rural communities depend on a variety of forest products for their food, medicines and livelihoods.

Unfortunately, in many cases the need to conserve forest ecosystems is being overlooked in the rush to supply global markets with timber and other forest products.

Illegal logging and timber smuggling is a growing problem, due to an inexhaustible demand, particularly for high-value species. The trade in Ramin Gonystylus spp. is a pertinent example of such a species from Southeast Asia that illustrates the full spectrum of challenges to regulate and enforce harvest, export and re-export controls.

Agarwood, the highly prized fragrant heartwood produced by several species in the Thymeleaceae family, is used primarily for medicinal, religious and aromatic purposes in Asian cultures ranging from the Middle East through to China (including Hong Kong and Taiwan) and Japan. Indonesia and Malaysia are the main producer countries and despite threats of over-harvesting and illegal trade, there are clear prospects for long-term sustainable management of this high-value forest product.

The great majority of ornamental plants in trade, including most orchids and pitcher plants, have been artificially cultivated in nurseries, but large numbers are still taken directly from the wild with specialist collectors actively seeking out rare, exotic and often endangered species to add to their collection.

The Big Issues – What is TRAFFIC doing to help?
TRAFFIC monitors wildlife trade at international, regional and national levels – researching both domestic and international chains of supply and demand to identify interventions to increase the efficiency of management.

TRAFFIC works closely with governments, providing critical information on the impacts of trade, motivating efforts to increase the ecological sustainability of trade in wild species, and helping to improve enforcement of international wildlife trade controls. The building of capacity to carry out this work, at regional and national levels, is an important step towards the goal of sustainably managed wildlife trade.

The TRAFFIC South-east Asia programme was established in 1991 and continues to work with partners to address key wildlife trade issues in the region. This work is carried out in close collaboration with TRAFFIC offices in consumer regions such as East Asia, Europe and North America. Specifically, the major objectives that require addressing in South-east Asia include:

Much work has been done but the challenge of effective implementation of regulations and law enforcement remains daunting. Enforcement of trade controls requires improved anti-poaching capacity, specialized units for undercover investigations and necessary deterrents and incentives to combat unsustainable harvest and trade of wildlife.

Only by countries working together, and by relevant government departments engaging with civil society can South-east Asia conserve its unique natural heritage for future generations.

TRAFFIC Southeast Asia is committed to being part of this process: by continuing efforts in research, capacity building and facilitation of dialogue between the multiple stakeholders involved in wildlife trade, TRAFFIC aims to create opportunities to develop practical solutions, and to integrate well-managed wildlife trade as a more prominent component of sustainable development planning.

More on combatting the trade in endangered species