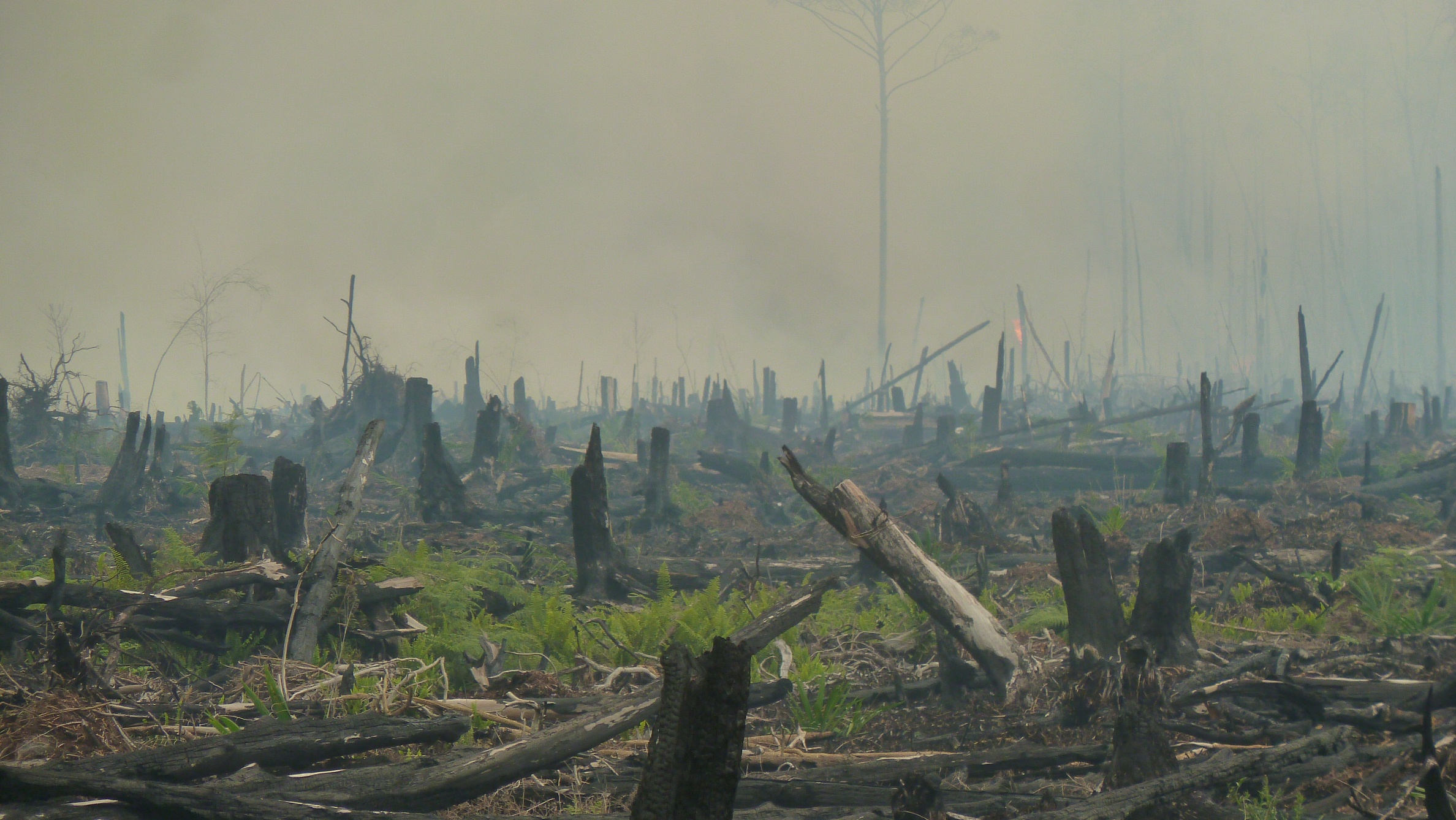 Singapore – WWF has renewed calls for zero-burn policies to be enacted and enforced, as satellite hotspot analysis showed the single jurisdiction of Riau Province, Sumatra as the location of over 88% per cent of the fire hotspots that have seen Singapore and parts of Malaysia blanketed with the worst haze and pollution since 1997.

According to the most current analysis, more than 9000 fire hotspots were mapped in Sumatra by NASA satellites between 1 and 24 June, with more than 8000 in Riau province. Nearly 40 per cent overlapped with large scale pulpwood concessions or oil palm plantations.

WWF-Indonesia and EoF caution that ground truthing will be required and is underway to better indicate responsibility for the fires. Concession holders have legal responsibilities over concessions but it does not necessarily follow that the companies are responsible for lighting the fires.

Many are likely linked to the supply of palm oil. WWF-Indonesia this week released a report detailing the supply of oil palm fruit illegally grown inside the iconic Tesso Nilo National Park.The hotspot analysis shows the Tesso Nilo forest complex (the national park and two adjacent selective logging concessions) to be a significant source of haze, with 449 hotspots (6 per cent of the overall total for Riau) recorded there.

“With this data in hand, WWF stands ready to help governments and agencies across the region”, said Ms Elaine Tan, CEO, WWF-Singapore, “Fires in Riau are a global issue that affects us all due to serious carbon emissions they cause.”

Fully 88 per cent of hotspots were in peatland, where fires can trigger huge emissions of carbon.

Dr Efransjah, CEO of WWF-Indonesia, added that “This is a complex issue, but with the right data, the appropriate enforcement and company protection of their lands, we can make a difference”.

In Riau province, long a centre of controversy over clearing and plantation establishment for pulp and paper production, the most recent analysis shows 30 per cent of the hotspots overlapping with pulpwood concessions, 1,075 linked to Asia Pacific Resources International Ltd (APRIL) and its suppliers and 1,027 on concessions linked to Asia Pulp and Paper (APP).

Some 9 per cent (696) of Riau’s hotspots showed within well managed large scale oil palm plantations. These areas likely overlap at least in part with the concession boundaries of palm oil majors but this has yet to be verified by EoF.

The devastating scale and impact of the recent fires has prompted WWF to renew the call to fully implement and enforce “Zero Burning” — a set of prescriptions that restricts the use of fire for land clearing or replanting of industrial tree crops. Instead of fire, heavy machines are used to crush, chip, pile or bury plant residues.

Indonesian law prohibits the use of fire to clear land for any agriculture, and this applies to both corporations and small land holders. Also reflecting the regional significance of these fires, ‘Zero Burning’ is an important part of ASEAN’s (Association of South East Asian Nations) Haze Action Plan and the recently signed legally binding Agreement on Transboundary Haze Pollution.

WWF calls for the Indonesian government authorities to take control of land allocation for palm oil and strictly enforce the “Zero Burning” laws that apply to both smallholders and large corporations. Particularly for smallholders, assistance to manage the land without fire should be provided by the government, with the support from corporations and NGOs. Moreover, WWF calls for pulp and palm oil industries to stop the use of fire in their own concessions and to control any fires that come onto their land.

Further field investigations are needed to quantify the major causes of fires outside known pulpwood concessions and oil palm plantations. WWF suspects some of them are related to non-corporate oil palm plantation development as “available” lands in the Riau have often been used to produce palm oil fruit to sell to large companies like the case of Tesso Nilo. WWF calls for palm oil companies to take responsibility for the full supply chain of palm oil and ensure that fruit or processed oil bought from third-party providers are not fueling the haze.