WWF: people are ready for action on climate; “world leaders” are not 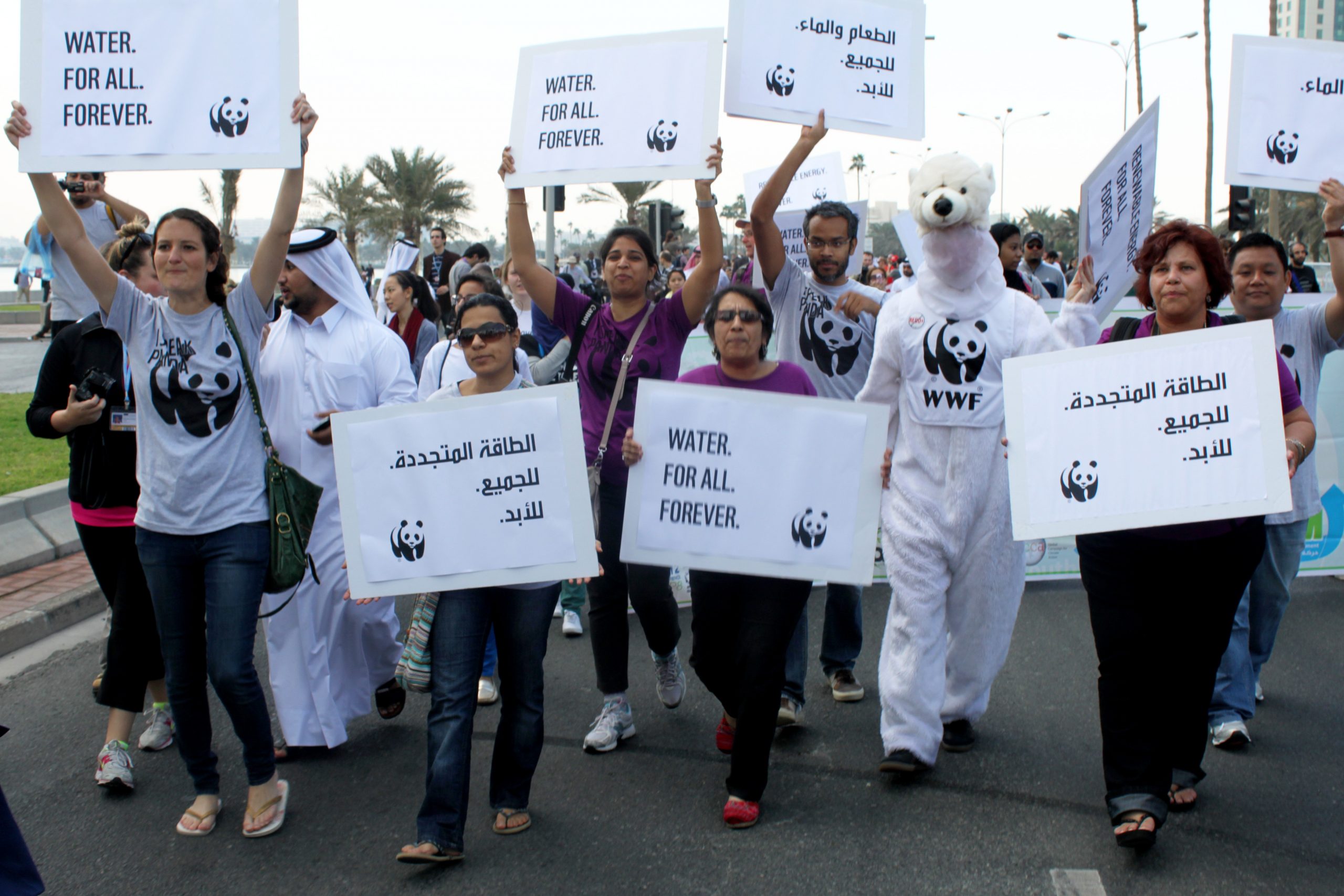 WWF: people are ready for action on climate; “world leaders” are not

Doha, Qatar – In a year in which the impacts of climate change pounded people in rich and poor countries alike, negotiators in Doha have failed to deliver even the minimum expectations for the UN climate negotiations.

But a broad spectrum of civil society organizations has vowed to continue the fight for a global climate agreement in 2015, starting with their return home from Doha.

“Some developed countries have made a mockery of the negotiations by backing away from their past commitments and refusing to take on new ones. And to make matters worse, it was only a handful of countries – such as Poland, Russia, Canada, the US and Japan – who held the negotiations to ransom,” says Samantha Smith, leader of WWF’s Global Climate and Energy Initiative.

“What science tells us and what millions of people experienced this year is that fighting climate change is now extremely urgent. Every year counts, and every year governments do not act increases the risk to us all.

“The acid test for these negotiations was real emissions cuts; real and concrete financial commitments for climate change; and the basis for a new global deal by 2015 that is both ambitious and equitable. But instead we got a shamefully weak deal, one that is so far away from the science that it should raise ethical issues for those responsible.”

”But hope is far from gone. Communities and people affected by climate change are standing up for safety, food and water security, and clean energy, confronting dirty projects all over the world, such as coal, and demanding real change. Here in Doha, for the first time in history, people marched to demand real leadership to tackle climate change,” says Tasneem Essop, head of the WWF delegation to COP 18.

“The most significant development in Doha was what happened outside the negotiations,” says Essop, “Social movements, labor unions and civil society joined hands to take a stand against the lack of ambition and urgency that governments brought to the table. We will return home and work together to ensure that governments act with the speed and scale that the climate crisis requires. That includes a fair, ambitious and binding agreement in 2015.”

Read The Energy Report at http://wwf.panda.org/what_we_do/footprint/climate_carbon_energy/energy_solutions/renewable_energy/sustainable_energy_report/

Learn more about WWF at COP18