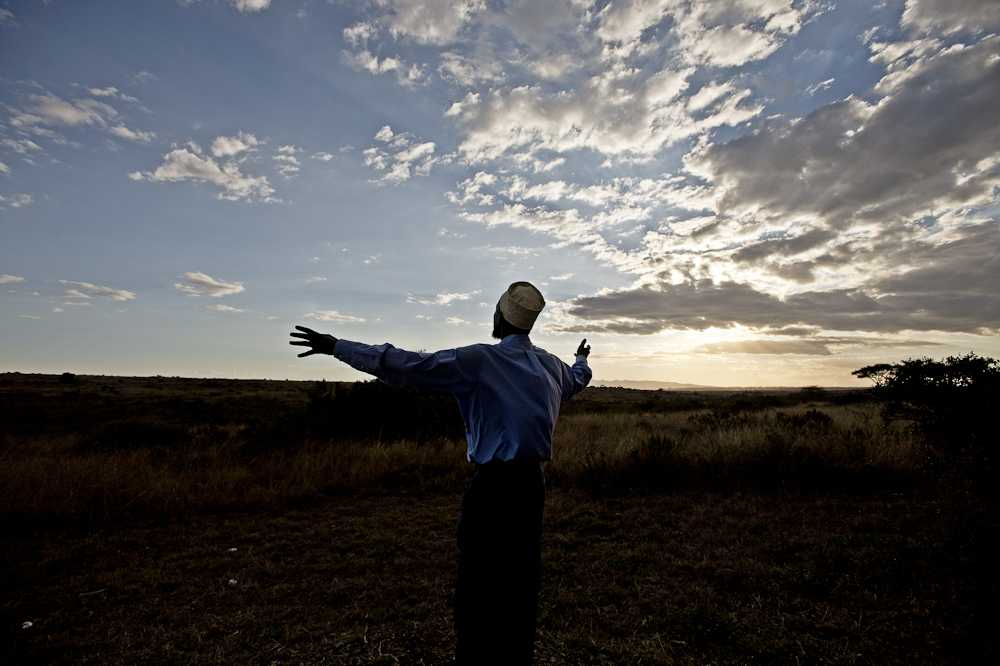 WWF and the Alliance of Religions and Conservation (ARC) today announced a first-ever partnership with faith leaders from across Africa to unite against the killing of endangered species caused by illegal wildlife trade. In an unprecedented move, 50 African religious representatives from different faiths and countries have come together to call for the end of illegal wildlife trade which is annihilating the continent’s elephant and rhino populations.

WWF and ARC have worked with leaders from Christian, Muslim, Hindu, Jewish, Buddhist and traditional faiths to align around the wildlife crisis facing Africa and held several meetings including a wildlife safari in Nairobi National Park during which the religious leaders discussed the role of religion in Africa to halt the trade. The leaders gave a moving tribute to all the wildlife exterminated due to the trade and also prayed for the wellbeing of local communities and for the many hundreds of rangers that have lost their lives protecting wildlife across Africa.

“Halting wildlife trade is a moral issue,” says Dekila Chungyalpa, WWF’s Sacred Earth program director. “Faith leaders are the backbone of local communities, providing lessons and guidance that shape how people live their lives. Having religious leaders from all major faiths come together to call for the protection of wildlife on religious grounds and urge their congregations to view the slaughter of elephants and rhinos in Africa as a serious crime may turn the tide of the disaster we face today.”

Illegal wildlife trade is the greatest threat to many endangered species, jeopardizing decades of conservation work and threatening their survival. 2011 saw the highest recorded rates of killings on the continent in more than two decades and the largest scale illegal ivory seizures than anytime in recorded history (equaling the tusks from more than 4,000 dead elephants). Rhino poaching in South Africa has increased more than 3,000 percent in the last five years. Poachers wipe out tens of thousands of African elephants every year. Tanzania and Kenya function as major conduits through which large-scale illegal ivory goods are moved through the Congo Basin to international Asian markets including Vietnam, Thailand and China.

“Wildlife poaching is a highly organized crime backed by international syndicates who also back other crimes such as gun and drug trafficking. The victims of illegal wildlife trade include not only rhinos and elephants but also rangers and local communities. At a wider scale, we should recognize that illegal wildlife trade undermines social stability and peace-keeping efforts in Africa,” said Chungyalpa.

“ARC has been working with religions over the past 20 years to help them explore how to take real action to protect wildlife. Religious leaders are seeing wanton destruction of the great species (and the habitat that nurtures them) as an attack on both creation and the creator. This is a really welcome initiative coming from Africa,” said ARC Secretary-General, Martin Palmer

Abstracts from the Faith Statements include:

When we look with eyes of faith at the wonders of all that God has created: at the strength of the lion, the beauty of the gazelle, the swirling patterns of the birds of the air and the fish in the waters. When we see the flowers of the field greater in their beauty than even Solomon in all his riches, we should rejoice that God has placed us in the midst of such a glorious world. Therefore, when we see this glory diminished by our sin, greed and foolishness, we should he horrified and speak out against this wanton destruction of the wonder that God has created. We should both repent and seek to do all in our power to protect all that God has created.

In the light of this, our faith, we call upon all Christians, but especially those of our tradition, to protect the gifts of God in nature. In particular, in this time of deep crisis of creation, caused by human folly and sin, we ask all Christians to protect and defend our most endangered species in Africa, such as the rhinoceros, gorillas and the elephant.

Hindus are guided to act according to dharma, striving to do the right thing in the most responsible way. As a pathway to dharma, Hindus are encouraged to always act in goodness, sattva. Aspiring for the highest, purest and most excellent form of action. An essential principle of goodness is ahimsa, non-cruelty to others. The practice of ahimsa inspires us to avoid harm to any living being, to offer respect to all and to develop the virtue of compassion in our hearts. .

All Hindus are encouraged to be respectful of all life on earth and to protect those who are under threat from exploitation, poaching and extinction. We particularly encourage Hindus to defend the most endangered, including the elephants and rhinos of Africa and the tigers of India.

The beauty and diversity of life are sparks of God’s splendour to be cared for in a mood of service.

In the light shed by the Qur’an and by the Hadith we call upon all the Ulumma of the faithful to remember that on the Dreadful Day of Judgement, we must answer for any wasteful use of creation, any destruction of a part of nature that was not necessary.

We therefore ask all the faithful to protect those species in our own lands that are most threatened, such as the elephant, gorilla and rhinoceros, and to assist in the prevention of poaching and the illegal wildlife trade in order that on the Dreadful Day of Judgement, when the community of creatures stand before Allah, we will not be condemned by their words.

The richness of this world is a gift and a blessing from Allah. May we in turn be a blessing to all that Allah has made and given to our care.