UN recognizes wildlife crime as threat to rule of law 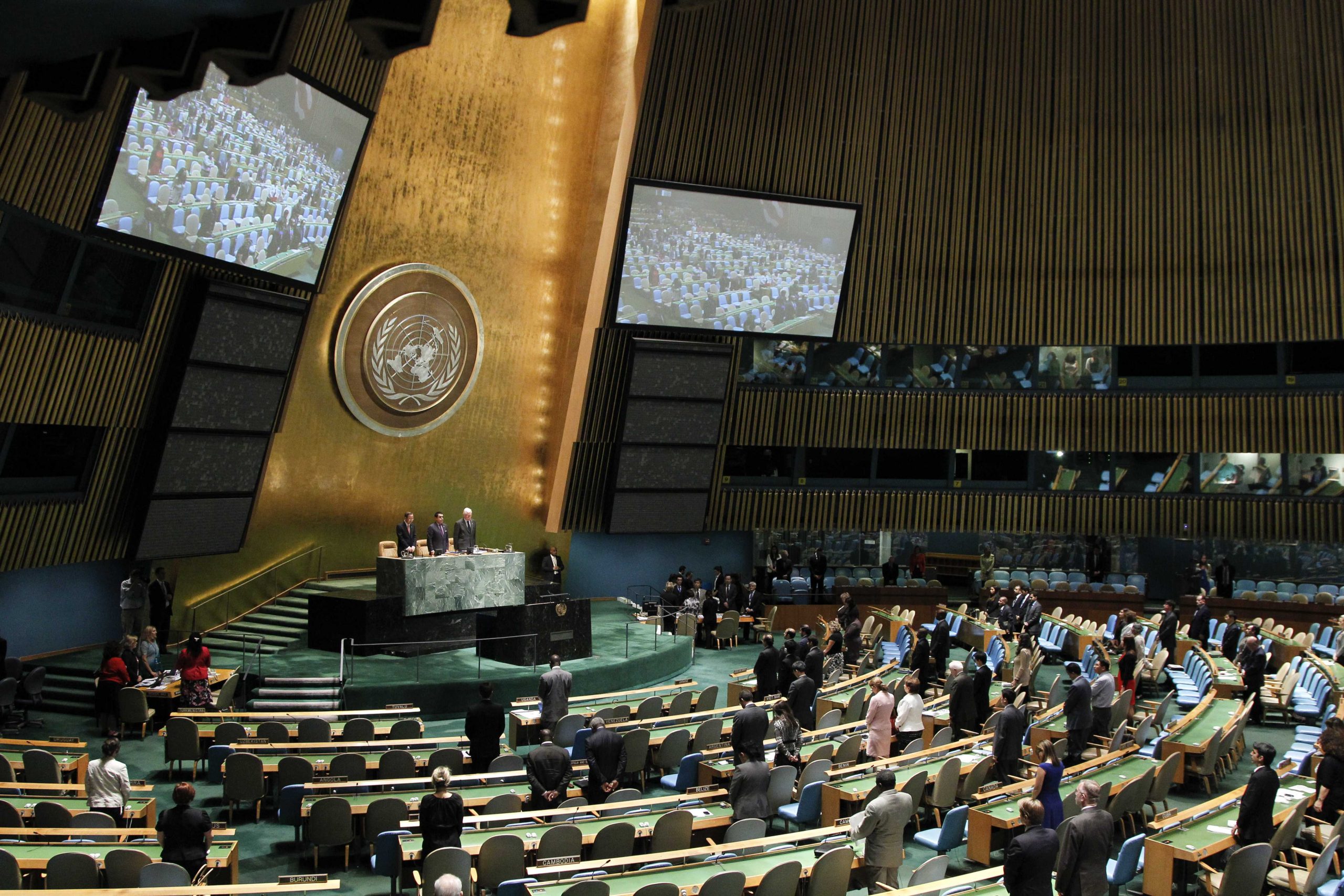 UN recognizes wildlife crime as threat to rule of law

New York – Poaching and the illicit trafficking of wildlife products were raised on the floor of the United Nations General Assembly for the first time Monday during discussions on strengthening national and international governance. World leaders gathering in New York for the global body’s 67th annual meeting highlighted wildlife trafficking along with other severe threats to the rule of law such as corruption and drug running.

In a written statement, permanent Security Council member United States highlighted “the harm caused by wildlife poaching and trafficking to conservation efforts, rule of law, governance and economic development.” The rapidly-growing illicit international trade in endangered species products, such as rhino horn, elephant ivory and tiger parts, is now estimated to be worth $8-10 billion per year globally.

“Such organized crime is increasingly affecting the environment and biodiversity through poaching and illegal fishing,” Gabon’s President Ali Bongo said during the High-level Meeting on the Rule of Law. “Gabon intends to strengthen its criminal justice system to combat this phenomenon. But such efforts will require a greater international legal cooperation.”

Permanent member France also emphasized the severity and negative impacts of wildlife crime. “There are still entire sectors of activity without any legal safety,” French Minister Delegate for Development Pascal Canfin said. “International law is lacking when it comes to the plundering of natural resources, for example, or the trafficking of fauna.”

President Bongo took the occasion to reaffirm his country’s commitment to “combating violations of the Convention on International Trade [in] Endangered Species of Wild Fauna and Flora as well as other conventions to protect the environment and biodiversity.”

In response to record levels of elephant poaching in Africa, President Bongo oversaw the burning of Gabon’s seized ivory stockpile earlier this year after a full audit supported by WWF and TRAFFIC. Organized criminal syndicates, sometimes linked to armed insurgent groups, are believed to be behind many of the tens of thousands of elephant poaching deaths occurring in Africa each year. Ivory tusks are highly valuable on Asian black markets.

“Illicit wildlife trafficking can have severe consequences for people as well as the environment, yet it is not considered a serious crime by many governments. It is often a low risk and high profit criminal activity, which is a dangerous combination,” said Wendy Elliott, WWF Global Species Programme Manager. “Governments have made a significant step forward by introducing the issue into this important forum on the rule of law. We now call on all them to increase their law enforcement responses to wildlife crime on a commensurate basis.”

WWF and its partner TRAFFIC, the wildlife monitoring network, are campaigning for greater protection of threatened species such as rhinos, tigers and elephants. In order to save endangered animals, source, transit and demand countries must all improve law enforcement, customs controls and judicial systems. WWF and TRAFFIC are also urging governments in consumer countries to undertake demand reduction efforts to curb the use of endangered species products.

For further information or to schedule an interview with a WWF or TRAFFIC expert from Central Africa or UN Headquarters please contact: