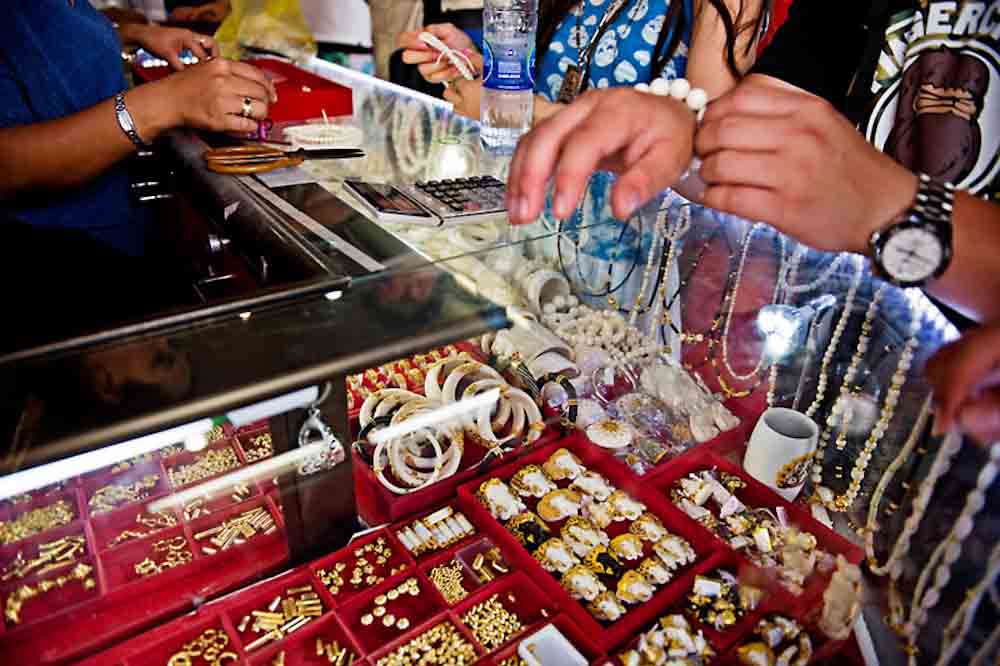 The international body that regulates wildlife trade should begin proceedings to impose sanctions on the countries most complicit in the illegal trade of ivory, which causes the deaths of up to 30,000 African elephants each year.

WWF and TRAFFIC are urging the 177 governments gathering in Bangkok early next month under the Convention on International Trade in Endangered Species of Wild Fauna and Flora (CITES) to begin a formal procedure that would lead to strict trade restrictions against the worst offenders in the illicit ivory trade.

Evidence shows that Thailand, Nigeria and the Democratic Republic of the Congo (DRC) have failed repeatedly to address their rampant domestic ivory markets despite CITES rules that outlaw the unregulated sale of ivory. Under treaty rules, CITES member states can recommend that parties stop trading with non-compliant countries in the 35,000 species covered under the convention, from timbers to crocodile skins.

“These countries have been identified in every ivory trade analysis for the past decade as those most implicated in the illicit ivory trade,” said Steven Broad, Executive Director of TRAFFIC. “With the demand for ivory driving a widespread poaching crisis, CITES member countries must demand compliance with international law.”

In Thailand, the host country for the CITES conference and one of the world’s largest unregulated ivory markets, criminals are taking advantage of Thai laws allowing the sale of ivory from domestic elephants to launder massive quantities of illegal African ivory through Thai shops. Much of this ivory is purchased by foreign tourists.

“Thailand can easily fix this situation by banning all ivory sales in the country, and in doing so would eliminate the need for trade sanctions,” said Carlos Drews, Director of WWF’s Global Species Programme. “WWF is petitioning the Thai prime minister for an immediate ban on ivory trade. Nearly 400,000 people from Thailand and across the world who want a future for wild elephants have joined this call.”

“Elephants are disappearing from more and more places in Africa because the ivory trade has exploded out of control. Every country that has signed the CITES treaty has a responsibility to protect elephants by holding member governments accountable for their involvement in this deadly trade,” Drews said.

WWF and TRAFFIC are also urging China to rectify serious issues with enforcement of its legal domestic ivory markets. CITES should require that improvements be made in China, and should consider imposing trade restrictions next year if significant progress is not made.

There are also some measures that all countries could take to help address elephant poaching, say WWF and TRAFFIC. They include the establishment of a mechanism to track global ivory stockpiles, the compulsory registration of all large scale ivory seizures, and routine forensic examination and follow-up investigative collaboration by enforcement officers across continents.

“Currently, vital information from large-scale ivory seizures is being lost or not acted upon. Investigations into who was behind each shipment, how it got onto the transportation used, and who was going to benefit from its arrival is not being sought or acted upon. It’s little wonder there’s been an escalation in ivory trafficking,” Broad said.

The plight of Africa’s rhinos is also cause for concern to WWF and TRAFFIC. A record 668 South African rhinos were killed for their horns last year. Viet Nam has been identified as the primary consumer country for rhino horn yet has done little to stop traffickers.

Both Viet Nam and rhino horn smuggling hub Mozambique should be pressed at the CITES meeting to demonstrate progress over the coming months or face future actions.

MEDIA TELECONFERENCE
A telephone press briefing with WWF and TRAFFIC experts will be held at 1500 GMT on Thursday, February 21, 2013 to discuss elephants and other species relevant to the upcoming CITES meeting. Call-in details can be found below. Please note that this call is for credentialed media only.

Learn more about WWF and TRAFFIC’s campaign against wildlife crime