Open ivory sale down in Singapore 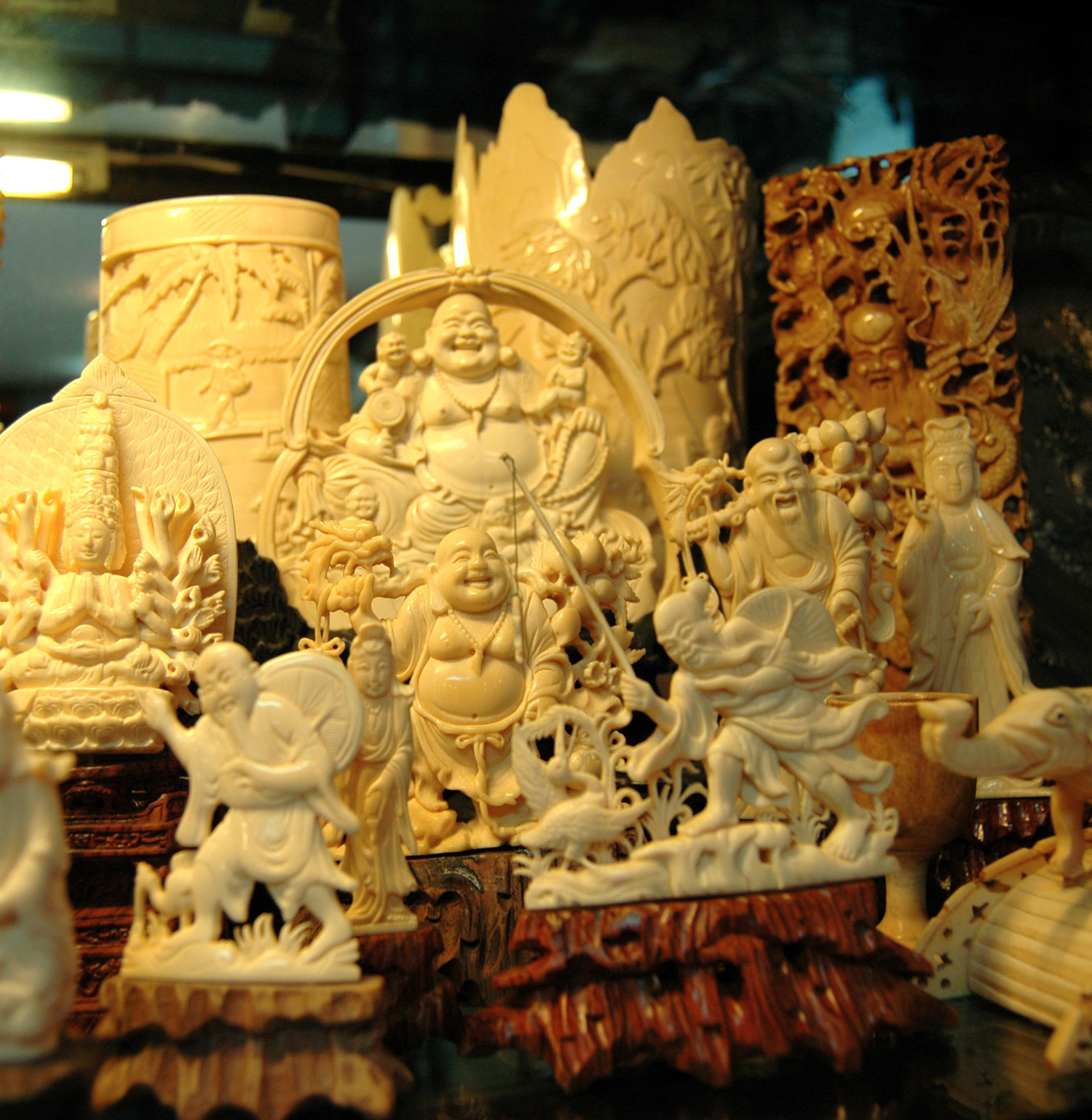 Open ivory sale down in Singapore

22 February 2013, Singapore – Singapore has bucked the trend where ivory sales are concerned with far fewer shops offering ivory for sale compared to a decade ago, a new survey by TRAFFIC and World Wide Fund for Nature (WWF) Singapore has found.

Of 100 retail outlets surveyed in Singapore, 19 shops had a total of 365 ivory items for sale. These items were found in stores selling antiques, handicraft, jewellery, and souvenirs, with the majority of items offered as jewellery and ornaments.

Vendors reported that they were selling old stocks of worked ivory adding that these had been imported into the country 20 to 30 years ago, largely from China. Domestic trade of elephant ivory is permitted in Singapore if traders can prove the specimen is pre-Convention or was acquired before 1990 when elephants became listed as protected species under the country’s Endangered Species Act.

Some vendors also reported that ivory was no longer popular in Singapore and that the stocks were old and difficult to sell.

The decrease has been attributed to changing consumer preference, possibly in conjunction with an ivory trade ban imposed under CITES (the Convention on International Trade in Endangered Species of Wild Fauna and Flora). TRAFFIC researchers found the sale of ivory products in Singapore was discrete, with larger supplies kept out of public view until interest in ivory was expressed, suggesting awareness of the stigma associated with ivory following numerous anti-ivory campaigns.

Despite the apparent decrease of claimed legal ivory on sale in the country, Singapore remains a significant transit point for high volume consignments of illicit ivory between Africa and Asia, or within Asia.1

Just last month, the Agri-Food and Veterinary Authority and Singapore Customs seized 1,099 pieces of raw ivory tusks packed in 65 gunny sacks weighing close to two tonnes. The shipment, declared as ‘waste paper’ was seized coming from Africa. However, some shipments are known to have passed through the country undetected.2

“Singapore has set a good example, by effectively reducing ivory trade within its shores. The citystate can now play a central role in the global fight against illegal wildlife trade. With the CITES meeting taking place in Bangkok in a week’s time, Singapore must take the lead and step up enforcement at its port to impact the supply of illegal ivory to Asia as a key transit point in the region,” said Elaine Tan, CEO, WWF-Singapore.

While acknowledging a decrease in open ivory sale, the survey highlights a lack of information about Singapore’s existing ivory stockpile and how it may be impacting trade.

“CITES has recommended that countries like Singapore inventory and declare annually how much stockpiled and seized ivory they hold and how these are being managed. TRAFFIC echoes this call. Such action will contribute towards a much better understanding of ivory trade dynamics,” said Kanitha Krishnasamy, Senior Programme Officer with TRAFFIC.

The full results of this survey will be published later this year in the TRAFFIC Bulletin, and for distribution to governments and other relevant stakeholders.

WWF-Singapore and TRAFFIC will hold a public talk this Saturday, 23 February, at the Botany Centre at the Singapore Botanic Gardens, to raise public awareness on the global ivory crisis and how Singapore can play a key role in combating the problem. Seats are limited. Members of the public can register by sending their details to member@wwf.sg.

2. In September 2012, Vietnamese authorities seized 19 kg of ivory from a woman who had taken a Vietnam Airlines flight from Singapore; and in July 2012, a shipment of 405 raw tusks was seized in Johor, Malaysia, that had earlier passed through Singapore.

WWF – World Wide Fund for Nature is one of the world’s largest and most respected independent conservation organizations, with almost five million supporters and a global network active in more than 100 countries. WWF’s mission is to stop the degradation of the Planet’s natural environment and to build a future in which humans live in harmony with nature, by conserving the world’s biological diversity, ensuring that the use of renewable natural resources is sustainable, and promoting the reduction of pollution and wasteful consumption. www.wwf.sg

TRAFFIC, the wildlife trade monitoring network, works to ensure that trade in wild plants and animals is not a threat to the conservation of nature. TRAFFIC is a strategic alliance of IUCN and WWF. www.traffic.org