Asian infrastructure boom could be end of the road for tigers 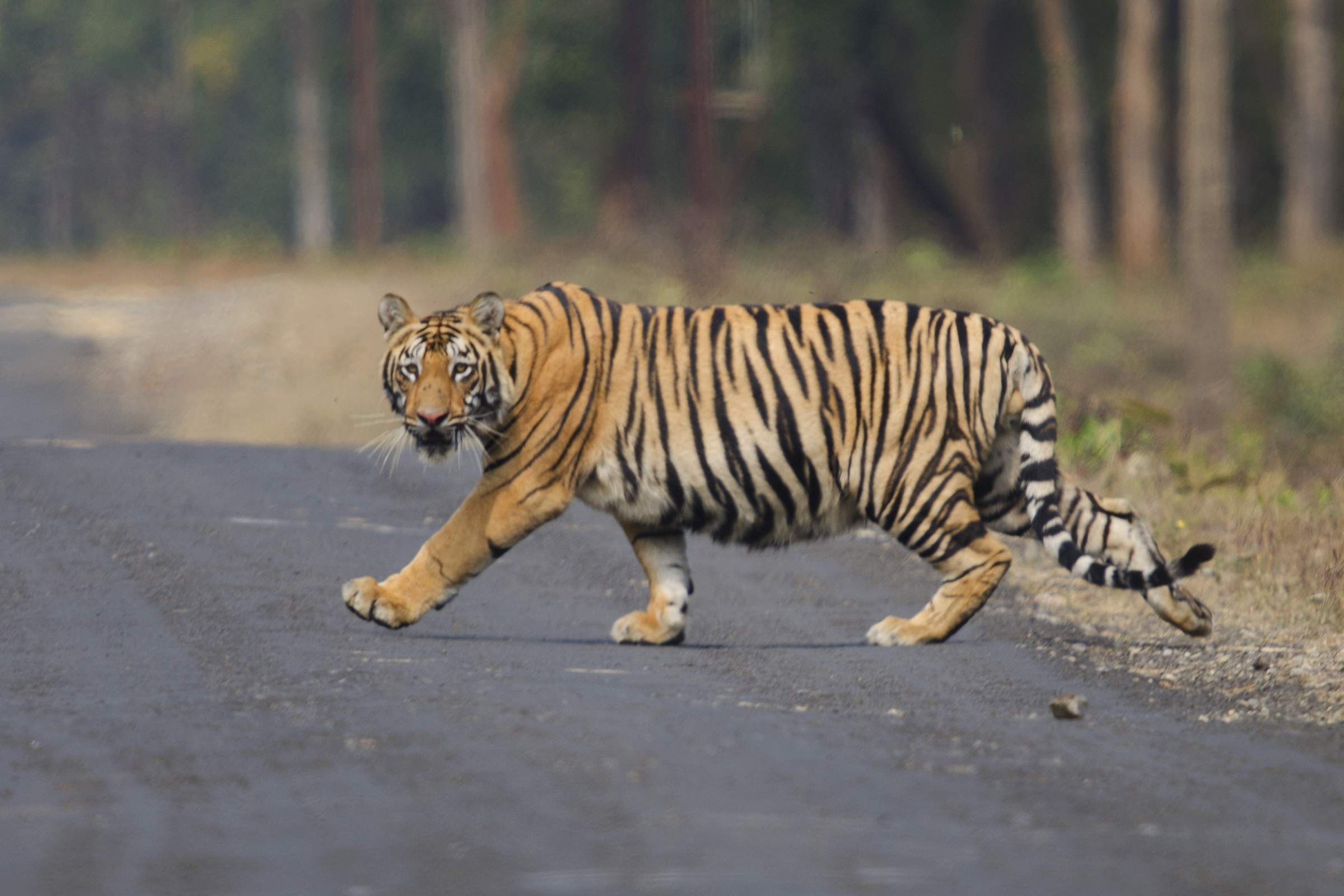 Asian infrastructure boom could be end of the road for tigers

With massive infrastructure plans threatening all tiger landscapes and risking recent gains in tiger conservation, Asian governments must adopt a sustainable approach to infrastructure planning and construction or drive tigers toward extinction, according to a new analysis by WWF.

Released at the halfway point of an ambitious global effort to double the number of wild tigers between 2010 and 2022, The Road Ahead: Protecting Tigers from Asia’s Infrastructure Development Boom highlights the unprecedented threat posed by a vast network of planned infrastructure across the continent.

Around 11,000 kilometres of roads and railways are on the drawing board, along with new canals, oil and gas pipelines, and power lines. Part of a projected US$8 trillion in projected infrastructure spending across Asia from 2012 through 2020, this infrastructure would cut through every existing tiger habitat, increasing habitat fragmentation, poaching and conflict with communities.

“The global collaboration to double wild tigers has transformed tiger conservation and given the species a real chance of survival, but the scale of Asia’s infrastructure plans could destroy all the recent gains as well as hopes for the future of wild tigers,” said Mike Baltzer, leader of WWF’s Tiger’s Alive Initiative. “Infrastructure is central to Asia’s development, but we need to ensure it is sustainable and does not come at the expense of tigers and tiger landscapes.”

The release of the analysis comes on the anniversary of the 2010 ‘Tiger Summit’ in St Petersburg, Russia, where global leaders and representatives of all 13 tiger range governments committed to the Tx2 goal to double wild tigers by 2022.

The new analysis marks the midway point in this global effort, warning that new challenges lie ahead for tigers and Asia’s rich natural heritage – a vital lifeline for millions of people across the continent. Governments need to act now or face all of their work unravelling as unsustainable construction breaks down the natural systems that tigers represent.

At the time of the summit, there were as few as 3,200 tigers in the wild – down from 100,000 just a century before. But over the past six years, tigers have shown signs of recovery in a number of critical landscapes and countries thanks to better management of protected areas, regional endorsement of the Zero Poaching approach, greatly improved monitoring capacity and enhanced efforts to tackle tiger trafficking.

There are now an estimated 3,890 tigers in the wild, with numbers inching up in India, Russia, Nepal and Bhutan. But the situation remains precarious. India has lost 76 tigers to poachers already this year, while China, Myanmar, Thailand and Malaysia, with less than 500 tigers between them, could lose their tigers in the next decade, especially if poorly-designed infrastructure plans are given the green light.

Produced for WWF by Dalberg Global Development Advisors, the analysis calls on Asian governments to pursue a sustainable path that promotes development, while also protecting tigers and their habitats, which benefit millions of people across the region.

According to the analysis, protecting tiger landscapes from harmful infrastructure will preserve their economic and environmental value, benefiting communities across the continent, including many indigenous groups.

“Countries must urgently integrate the conservation of tigers and tiger landscapes into their development planning,” said Baltzer. “The good news is that solutions exist and it is not too late. But if countries do not act now, the damage will be irreparable.”

WWF is calling for tiger range states to incorporate the protection of tigers and tiger landscapes into the design stage of all infrastructure planning. They must identify critical tiger habitats and designate them off limits to infrastructure in future, while preserving corridors that are essential to tiger movement.

“Tigers are part of the cultural fabric of Asia and of our shared global heritage and represent vast areas of natural habitat that are critical to the well-being of millions of people in Asia,” said Baltzer. “Governments should now use tigers and the health of their landscapes as a key indicator of the quality of their economic and development plans. If they do, their people and their tigers will benefit.”