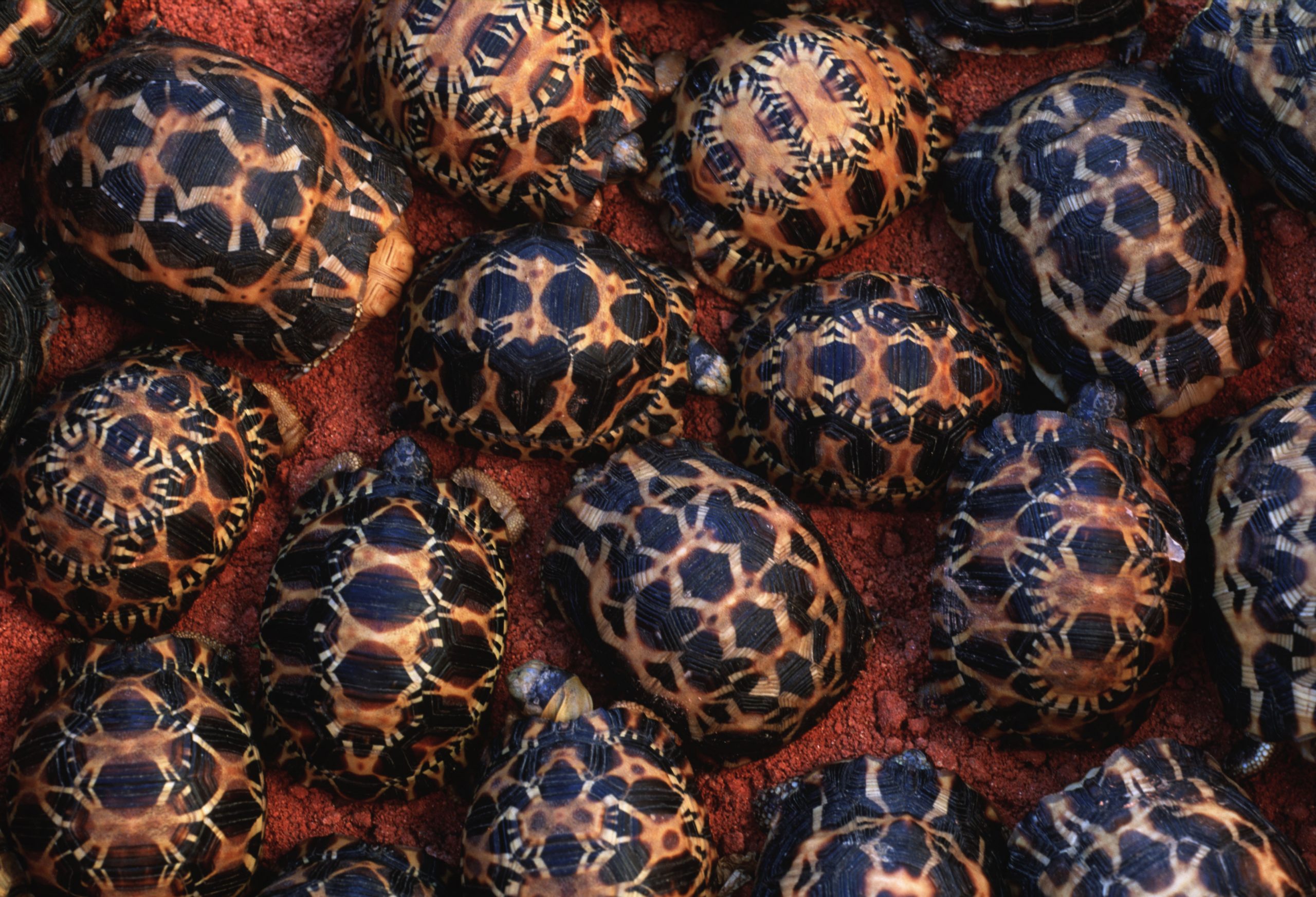 Surveys of Chatuchak Market (also known as the JJ or Weekend Market) by TRAFFIC investigators found that 25 out of 27 freshwater turtles and tortoises species for sale were non-native, the vast majority of them illegally imported into the country.

“Dealers stated openly that many specimens were smuggled into and out of Thailand,” said Chris R. Shepherd, Senior Programme Officer for TRAFFIC Southeast Asia. “They even offered potential buyers advice on how to smuggle reptiles through customs and onto aeroplanes.”

Buyers from other parts of Asia, particularly Japan, Malaysia and Singapore, are known to purchase and smuggle home large numbers of freshwater turtles and tortoises from the dealers in Chatuchak Market for retail in their respective countries.

Dealers were heard urging potential buyers to purchase the most endangered species because of their rarity value.

“It is a sad day when people use a species’s risk of extinction as a selling point,” said Dr Jane Smart, Head of IUCN’s Species Programme. “We urge governments and law enforcement agencies use the information contained in the IUCN Red List of Threatened Species to stop this kind of behaviour before it is too late.”

Following disclosure of the report’s findings, Royal Thai Police raided Chatuchak market earlier this month and seized a wide variety of illegal wildlife, including 18 Radiated Tortoises and 3 Ploughshare Tortoises (A. yniphora). The Ploughshare is considered the world’s rarest tortoise—and all international trade is prohibited.

“We congratulate the Royal Thai Police on their recent raid,” says Shepherd. “But recent information indicates the illegal trade continues, and we encourage the authorities to keep the pressure on.”

“The Thai authorities must continue these efforts to stem the illegal trade in these endangered species—as should other governments and their enforcement authorities. This illegal trade in freshwater turtles and tortoises is well organized, and must be tackled in an organized fashion”, said Dr Susan Lieberman, Director of the WWF International Species Programme.

The report recommends amending current national legislation to close loopholes relating to the possession of CITES-listed species. It also encourages enforcement authorities at international border crossings to be more vigilant in preventing the trade in prohibited species through Thailand, and recommends increased co-operation with other relevant countries to crack down on the highly organized illegal pet freshwater turtle and tortoise trade.

• TRAFFIC, the wildlife trade monitoring network, works to ensure that trade in wild plants and animals is not a threat to the conservation of nature. TRAFFIC is a joint programme of IUCN – the International Union for Conservation of Nature, and WWF, the global conservation organization.