Cameroon arrests one of Central Africa’s most notorious poachers 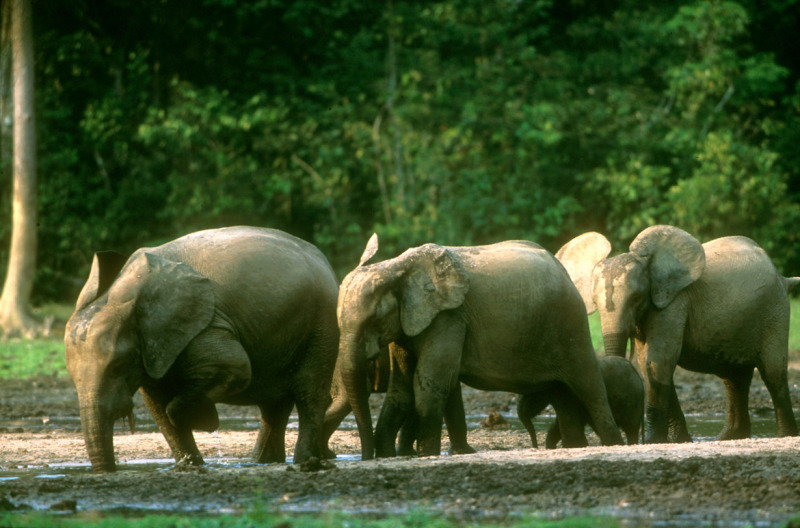 Cameroon arrests one of Central Africa’s most notorious poachers

Yaoundé, Cameroon - Cameroon on Thursday arrested Symphorien Sangha, one of Central Africa’s most notorious elephant poachers and ivory smugglers, a significant step in the region’s fight against wildlife crime. WWF strongly urges relevant authorities to follow up on this important step and prosecute Sangha to the fullest extent of the law.

According to local officials, Sangha was arrested on Thursday evening by the Cameroonian Gendarmerie in the town of Yokadouma in South East Cameroon, where he is currently being held.

“WWF congratulates the Cameroonian government and its law enforcement authorities for having caught one the most notorious elephant poachers in the Central African region,” said Bas Huijbregts, head of policy for WWF Central Africa.

“But Sangha has a history of disappearing following his arrests.”

“This is a chance for Cameroon to show it is serious about tackling the wildlife crime that undermines security and economic development in the region,” Huijbregts said.

Sangha was mostly active in the le Tri-national de la Sangha (TNS), the Sangha trinational protected area complex, a network of protected areas straddling the countries of Cameroon, the Central African Republic and the Republic of Congo. In July 2012, this 7,542 square kilometer complex rich in biodiversity and with major populations of forest elephants was declared a UNESCO World Heritage Site.

As one of Africa’s last remaining intact tropical forests, the TNS is an important sanctuary for the protection of threatened wildlife.

Under a trinational agreement, law enforcement officials are allowed to operate in all three countries that encompass the TNS. An arrest warrant issued by a Central African prosecutor says Sangha “operates on Central African soil, from Cameroon.”

Locally know as le braconnier légendaire du TNS (the notorious poacher of the TNS), Sangha is also accused of opening fire on ecoguards, seriously crippling one in 2010. He has already been arrested at least two times, including once in 2007, when he managed to escape before fleeing from the Central African Republic to Cameroon.

“This individual has evaded justice for many years. It is essential authorities do their utmost to ensure he remains in jail,” said WWF Cameroon Country Director Basile Yapo.

“People like him undermine the economic benefits which can accrue from the ecotourism potential linked to the abundance of elephants and great apes in the TNS.”

“We urge the Cameroonian authorities to prosecute this individual to the fullest extent of the law,” Yapo added.

Illegal wildlife trade – valued at between $8 billion and $10 billion per year – ranks as the fifth most lucrative illegal transnational activity in the world.

This profitable criminal activity has put tremendous pressure on the wildlife of the Congo Basin, with poaching and ivory seizures reaching record levels in 2011. Heavily armed groups do not hesitate to cross international boarders to obtain ivory, threatening the territorial integrity and security of the countries in the region.

At the United Nations at the end of September the United States, in a written statement, said that wildlife poaching and trafficking harmed “conservation efforts, (the) rule of law, governance and economic development.”

WWF and its partner TRAFFIC, the wildlife monitoring network, are campaigning for greater protection of threatened species such as rhinos, tigers and elephants. In order to save endangered animals, source, transit and demand countries must all improve law enforcement, customs controls and judicial systems. WWF and TRAFFIC are also urging governments in consumer countries to undertake demand reduction efforts to curb the use of endangered species products.