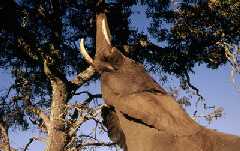 China has been approved as a buyer of African Elephant ivory in a one-off sale from four southern African countries, probably later this year.

The decision was taken to accept China at a meeting of the Standing Committee of the Convention on International Trade in Endangered Species of Wild Fauna and Flora (CITES) in Geneva, Switzerland.

To gain approval, China had to convince CITES it had put in place adequate measures to manage regulated sales and tackle any illegal domestic ivory trade.

“China has acted rather successfully against its own illegal domestic ivory market,” said Tom Milliken of TRAFFIC, the wildlife trade monitoring network which operates the Elephant Trade Information System (ETIS) on behalf of CITES.

“Now China should help other countries do the same, especially in Central Africa where elephant poaching is rampant and Chinese nationals have been implicated in moving ivory out of the region.”

China thus joins Japan in having CITES approval to bid in the one-off sale for registered government-owned ivory stockpiles from Botswana, Namibia, South Africa and Zimbabwe.

The ivory to be sold originates from elephants that died from natural causes or as a result of population management (e.g. problem animal control). None of the ivory is from elephants deliberately killed to obtain their ivory.

A massive illegal trade in ivory caused dramatic declines in many elephant populations in Africa in the 1970s and 1980s, and an international ban on trade in ivory came into effect in January 1990.

“The sight of ivory openly and illegally on sale in many African cities is likely to be a far more powerful encouragement to those contemplating poaching and smuggling than a strictly controlled one-off sale,” said Dr Susan Lieberman, Director of WWF International’s Species Programme.

“The only way to end elephant poaching is through an effective clampdown on illegal domestic ivory markets.”

Since the CITES trade ban, international commercial trade in ivory has legally taken place only once, in 1997, when a one-off sale of raw ivory was approved for Botswana, Namibia and Zimbabwe.

The African Elephant range states who export ivory are required by CITES to use the revenue derived from the sale exclusively for elephant conservation and community development programmes within or adjacent to the elephant ranges.