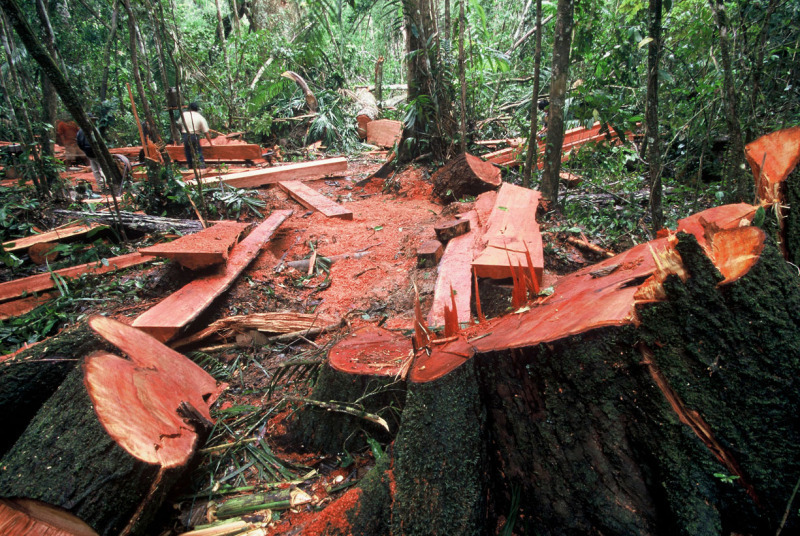 Deforestation, a major contributor to climate change, is still rampant globally and European Union countries are guilty of compounding the problem according to a new WWF report.

Almost one-fifth of wood imported into the European Union in 2006 came from illegal or suspected illegal sources, with Russia, Indonesia and China being the main sources according to the report – Illegal Wood for the European Market.

In 2006, the European Union imported approximately 30 million cubic metres of wood and related products from illegal origins, equivalent to the total amount of wood harvested in Poland in the same year.

“Illegal logging destroys the protective function of forests, increasing risk of natural disasters such as floods and landslides, and leads to deforestation, one of the main causes for climate change,” said Anke Schulmeister, WWF Forest Policy Officer.

“Illegal logging also pushes wood prices down resulting in major economic losses for states, industries and local communities. Strong measures are needed at EU level to protect the world’s remaining forests and our own future.”

The study highlights the ineffectiveness of the existing EU licensing scheme, Forest and Law Enforcement, Governance and Trade (FLEGT). Even if all agreements currently being negotiated by the EU with partner countries under FLEGT were concluded about 90 per cent of the illegal wood would still enter the EU markets.

Furthermore, no such negotiations are planned with countries like Russia and China and many products manufactured from illegal wood such as furniture or paper are not covered by FLEGT regulation.

WWF is urging the introduction of EU legislation to guarantee that only legal wood is traded in the European market. Traders should prove the origin and legality of wood and penalties should be introduced for any violation.

The European Commission is expected to propose legislation on this issue in the coming months.

The report is based on a study related to the German market Illegaler Holzeinschlag und die EU carried out by WWF Germany. Read it here.