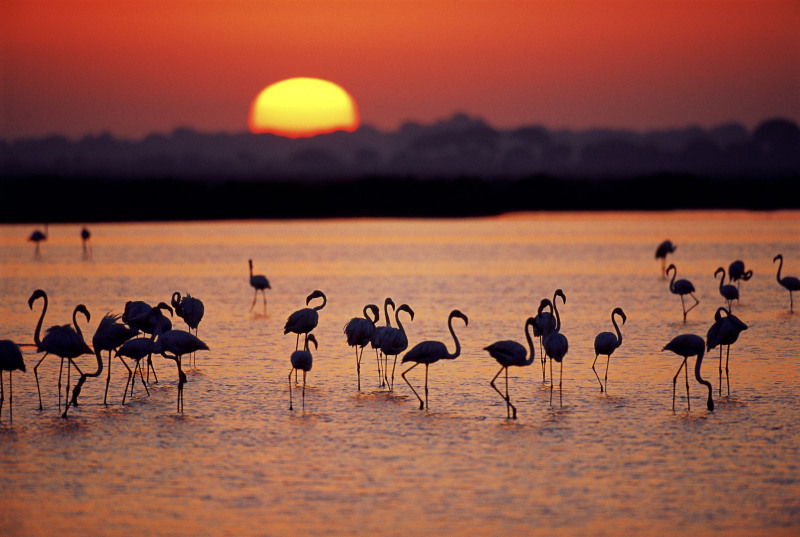 Did you know there are major highways that don’t carry cars and never suffer from traffic jams? Well, flyway is a better name for these well-travelled routes.

The East Atlantic flyway stretches from northern Europe right down to southern Africa a commute millions of migratory birds make each winter from their breeding grounds to sunnier climes.

WWF is working to make sure these long-distance fliers can set down when they need to. We started at the very beginning of WWF’s existence by helping create the Doñana National Park in southwest Spain – a key stop-over wetland for millions of migratory birds.

It s a long journey up and down the avian superhighway, and birds need somewhere to stop along the way if they’re going to survive it. But human development means these places, especially wetlands, are increasingly threatened. The world has lost 60% of its wetlands in the last century.

Without safe places to rest and find food, most of the geese in Europe and many endangered species of waterfowl – including waders and storks – would be a rarer vision. But wetlands don’t only support birds and provide places of stunning beauty. They also act as sponges and water treatment plants that ensure clean water both for nature and human beings.

After discovering Doñana’s paradise inside a very much transformed Europe in the late 1950s, a group of naturalists led a campaign to buy nearly 10,000 hectares of land in southwest Spain. Among them were several of WWF s founders, including Dr Luc Hoffmann, now emeritus vice-president of WWF International.

They took up the idea to buy land for Coto Doñana in 1961 – the first year of WWF’s existence. In 1969, the Spanish government declared it a national park.

As well as migratory birds, Doñana’s wetlands and Mediterranean forests are home to a wealth of other biodiversity, including fish, reptiles, amphibians and two of the world’s most endangered species – the Iberian lynx and the Spanish imperial eagle.

In the half-century we’ve been taking care of Doñana, we’ve helped protect many other stopover sites along the highway, including:

Doñana was declared a Biosphere Reserve in 1980, a Wetland of International Importance under the Ramsar Convention in 1982, and a UNESCO World Heritage site in 1994.

Doñana faces many risks, including farming competing with the wetland for water, a project to dredge the Guadalquivir River, a possible oil pipeline and climate change.

We’re working with local people to ensure a future for Doñana; we’re confident Doñana will be a vital stopover wetland for migratory birds for years to come.