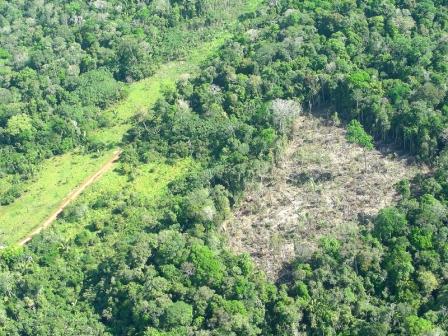 Brasilia, Brazil: Brazilian President Dilma Rousseff has until May 25 to decide whether to veto a draft rewrite of Brazil’s Forest Code that will wind back protections against deforestation in the Amazon and other areas and offer wide ranging amnesties for illegal deforestation.

The 15 working day period for a complete or partial veto on the Forest Code submitted by the Brazilian Congress commenced last Monday (May 7), when the bill was officially handed to the president. In absence of a veto, the new law would be sanctioned automatically once the deadline has passed.

“While big landowners will make a mint through unprecedented natural destruction, the costs, caused for example by increasing floods and landslides, will be delegated to the general public. That’s a serious attack on all Brazilians”, said Maria Cecília Wey de Brito, CEO from WWF-Brazil.

Along with a broad alliance of more than 200 institutions from the Brazilian civil society and international NGOs Avaaz and Greenpeace, WWF is strongly urging President Rousseff to veto the entire draft, recalling her promise from last elections not to approve any bill that includes an amnesty and favours forest deforestation.

Should Ms Rousseff veto the law – as a whole or parts of it – the Congress will have up to 30 days to consider the veto. The Congress can still overthrow the president’s decision during a joint session of the federal Senate and House of Deputies. This requires the absolute majority of votes from both houses.

The draft includes an amnesty for illegal deforestation committed prior to July 2008. According to a study by the Brazilian Institute of Applied Research in Economics (Ipea), that would release landowners from the obligation of restoring an area of 135 million hectares with just one condition: Landowners need to state that deforestation had occurred before July 2008.

Areas that have (officially) been cleared after July 2008 still need to be restored, but under the terms of the law, up to 50 per cent of this restoration may comprise commercial plantations of, for instance, eucalyptus or pine trees. WWF is also concerned by the largely weakened protection for fragile habitats like rivers, slopes and mountain tops.

The need to restore vegetation on the banks of rivers that are less than 10 meters wide – which accounts for 90 percent of Brazilian rivers – will be cut by half. Furthermore the draft allows agricultural activities like exotic tree plantations for charcoal or pulp production on lands having over 45° gradient.

Extensive cattle ranching will be allowed on slopes, on the edges of plateaus, on mountain tops as well as in areas which are above 1,800 meters high. All those risk areas will be open to exploitation, which will make them and people living around them even more vulnerable to landslides and floods.

People in the streets say NO to Brazilian Forest Law changes

WWF`s work in the Amazon