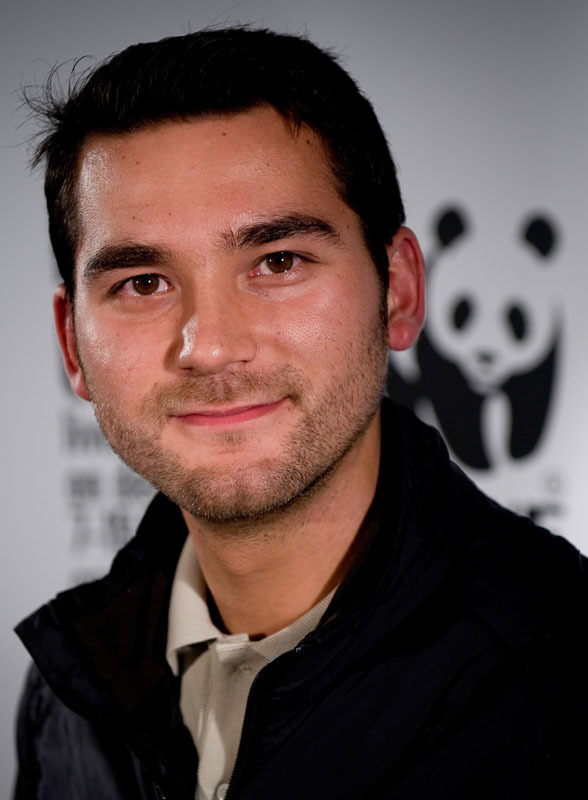 Now a professional guide, mountaineer and conservation activist in the Himalayan region where he grew up, Dawa Steven Sherpa is a graduate in business administration and heads an adventure trekking company that encourages respect for nature among mountaineers and explorers. He had climbed four 8,000-metre peaks by the age of 24 – including Mount Everest, twice.

The new WWF International President’s Award has been created to acknowledge and encourage outstanding achievements of young people under the age of 30 who are making strong and compelling contributions to nature conservation around the world.

“This new award enables WWF to shine a light on brilliant young people who are working in the field to protect the natural world, and my dearest wish is that it inspires others with the energy and ambition to achieve great heights too. We desperately need young leaders and pioneers in nature conservation. If anyone can inspire others to do their bit for the planet, it is Dawa Steven Sherpa.”

Raised in Kathmandu, Nepal, Dawa Steven has been organizing successful Eco Everest Expeditions since 2008 – drawing international attention to the impact of climate change on Himalayan people and their environment. His expeditions use solar cookers, and he started a ‘cash for trash’ scheme where climbers are paid to bring garbage back down off the mountain. He also works with local youth to inspire and empower them to become active in mountain protection.

The WWF International President’s Award will be presented annually, and nominations are invited via WWF offices around the world.

Other awards presented during this year’s WWF International Annual Conference include the WWF Award for Conservation Merit, that goes to leading Bulgarian conservationist Toma Belev and Wouter van Dieren, Member of the Club of Rome and Director of IMSA Amsterdam, a leading European think-tank on sustainability and innovation. The WWF Member of Honour was awarded to Fulco Pratesi of Italy, for his outstanding contribution to WWF over a period of 45 years, and to Frans Lanting, one of the greatest wildlife photographers of our time.

The posthumous WWF International Roll of Honour this year commemorates Dr Carl Mannerfelt of Sweden, and Canadian-German Dr Susan Mainka – marking their exceptional dedication to the conservation cause. The WWF Gold Panda, recognising significant generosity in supporting WWF financially, has been awarded to Frank Leeman and Boudewijn Poelmann of the Dutch Novamedia Foundation.