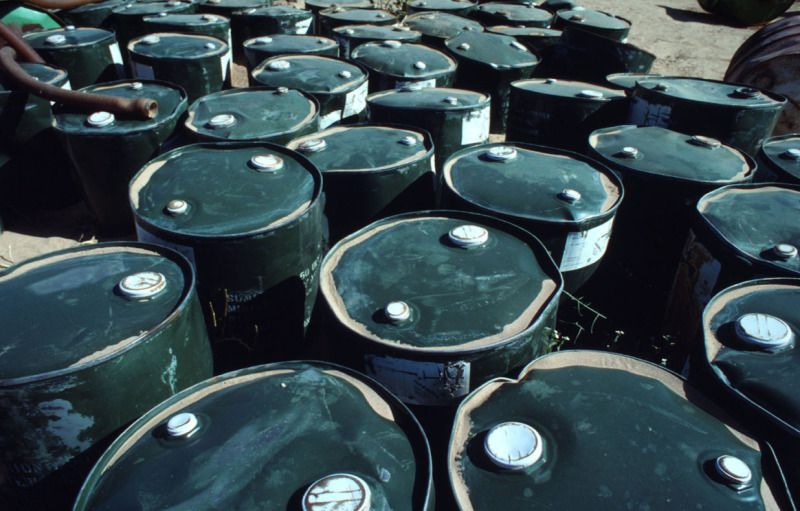 How many man-made chemicals are there in your house?

Probably more than you think. We’re not just talking cleaning supplies. Chemicals are all around us, in the computer you’re reading this on, your clothes, your fridge – and the food inside it.

More than 300,000 chemicals are used in the European Union alone, but little is known about the damage they could do to the environment and humans. Some of these chemicals are toxic – causing illnesses including cancer, and upsetting hormonal development.

Many of these chemicals eventually find their way into the natural world – into rivers, lakes or the atmosphere. They can travel vast distances so that people and wildlife far away eventually absorb them through food and water.

In the Arctic, we’ve found animals and humans with especially high levels of harmful man-made chemicals in their bodies.

Africa is also facing threats from harmful, man-made chemicals. Around 50,000 tonnes of unused and unwanted pesticides litter the continent, which can pollute the soil and water supplies, and damage the health of wildlife and people.

We worked tirelessly over many years to ban the use of tributyltin (TBT), used particularly as an anti-fouling agent on ships’ hulls. TBT is highly toxic to molluscs, and is known to change the sex of dog whelks at concentrations almost too low to measure. We persuaded major shipping companies to stop using it and with paint coating companies to develop safer alternatives. TBT was banned by the International Maritime Organisation in 2003.

In 2001, we helped to strengthen the Stockholm Convention, an international treaty that bans or severely restricts the manufacture or use of 12 of the most hazardous Persistent Organic Pollutants (POPs). Our work in this area has continued: recently the “dirty dozen” was expanded to 21 POPs which are to be phased out or restricted.

Our DetoX campaign, which ran from 2003 to 2006, helped put toxic chemicals under the spotlight. More than 350 people across Europe, including politicians, celebrities and families spanning three generations agreed to take blood tests, which revealed high levels of toxic chemicals. We also worked closely with scientists and medical experts on research into chemical contamination in wildlife and people.

The campaign was highly successful in making European citizens and decision-makers aware of the shocking lack of safety information for most chemicals used in daily life. It helped bring about the EU chemical law, REACH, which came into force in 2007.

Meanwhile, in Africa, we helped set up the African Stockpiles Programme, which aims to clean up stockpiles of at least 50,000 tonnes of obsolete pesticides across Africa.

Between 1930 and 2000, global production of man-made chemicals increased from 1 million to 400 million tonnes each year.

Not all chemicals are harmful, but we want to know for sure which are safe.

We’re continuing to build awareness, bring about better regulation and make sure that laws like the EU chemicals policy are properly put in place and further strengthened.

We’re also active in habitats which are highly sensitive to toxic chemicals, such as coral reefs, wetlands and rivers.

Our aim is to make modern life less toxic for everything and everyone on the planet.