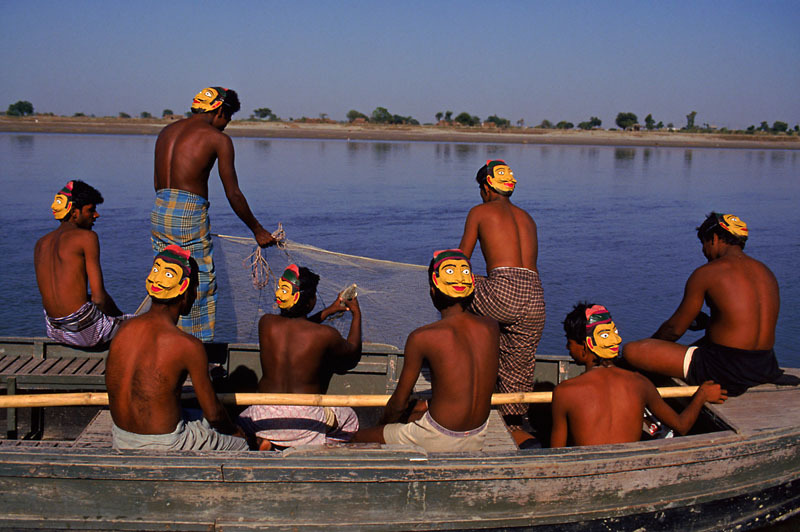 How would you stop an elephant eating your crops?

In India, farmers are discovering how the humble chilli can stop an elephant in its tracks.

It’s just one of the ways we’re helping animals and humans live together in an increasingly crowded world.

Today, humans and animals are living closer together than ever before, as people expand ever further into wild spaces.

In some parts of the world, this may mean sharing your garden with a large and threatening animal. In India you could be facing an elephant or tiger. Elephants are also a threat to communities in Kenya and Mozambique in East Africa, and there are increasing conflicts with wildlife in Namibia. Some large mammals simply don’t have the space they need to roam and find food. When this happens, people’s crops and livestock can seem like an easy meal.

When humans and wildlife clash, it can cause injuries, damage people’s property and livelihoods, and cost lives on both sides.

Rural communities can lose entire harvests overnight to a herd of elephants, which kill at least 200 people every year in India. And they are often people in poor areas who can least afford to lose food. Motivated by grief, revenge or the simple desire to protect what’s theirs, communities sometimes strike back violently at endangered animals.

We’ve helped communities come up with practical ways to protect their property that don’t harm animals or humans – like spreading chilli or tobacco near crops to deter animals.

We’ve also created alternative water points for wildlife to stop them using human supplies, and used tame elephants to drive their wild counterparts from fields. In Namibia, communities are even using vuvuzelas to scare elephants away!

We’ve also introduced the concept of shared livestock “banks” – if someone’s livestock is killed by wild animals, they can receive compensation from within the community.

All these methods have been successful, and none needs a gun.

Managing these conflicts helps people view wildlife not as a threat but as an asset – in Namibia, for example, we’ve successfully set up community-based wildlife tourism companies, so local people can benefit from living alongside elephants and lions.

Elephants are scared of bees, which can sting them inside their trunks and around their eyes. Rows of beehives make effective fences – and farmers can make extra cash from selling the honey.

As the human population grows, we’re encroaching ever further into animal habitats.

But human-wildlife conflicts are also a symptom of conservation success:  for example the numbers of elephant and predators such as lion and cheetah have grown rapidly in southern Africa, meaning they’re more likely to come into contact with people, their crops and livestock.

Either way, the problem is likely to increase. We’re always seeking new ways to resolve these conflicts, and sharing the techniques that work with communities around the globe.

It’s a practical way we’re progressing in our mission to help people live in harmony with nature.