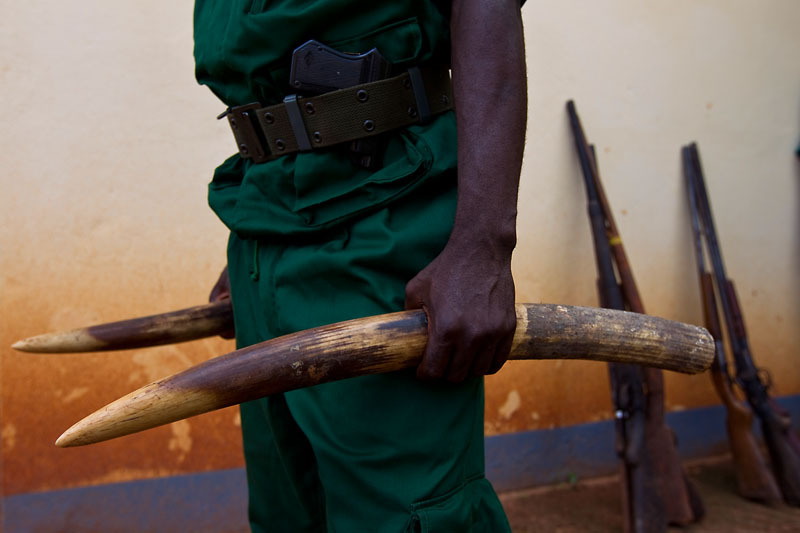 We help police the trade in endangered wildlife.

If you’ve ever eaten fish, bought a wooden table or purchased carved ornaments on holidays, then chances are you’re part of the wildlife trade.

Wild plants and animals, and the things made from them, are bought and sold all around the world. The trade is worth billions, provides employment for millions and, properly managed, can be a sustainable way of providing us with things we want and need.

But it has a dark side too.

Elephants killed for their tusks. Protected gorillas butchered for sale as a speciality dish. Tigers and rhinos slaughtered for body parts that are prized for their perceived medicinal value.

The criminal gangs that run the trade also devastate local communities through the other illegal activities they fund, including trafficking in drugs and guns.

The legal trade needs to be monitored too. Most animals and plants can be traded legally – but overexploitation could put their survival at risk.

We supported the establishment of the first ever international agreement to control the trade in endangered species.

The Convention on International Trade in Endangered Species of Wild Fauna and Flora (CITES) came into force in 1975. Today it regulates trade of 30,000 different endangered plant and animal species across 175 countries.

Perhaps the biggest success to date has been the trade in crocodile skins. When CITES entered into force, trade in wild crocodiles for their skins was rampant and many species were becoming endangered. Now the vast bulk of the trade comes from farmed crocodiles.

But regulations need to be enforced – and keeping an eye on trade in far-flung places is a huge challenge. In 1976, together with IUCN, we helped set up TRAFFIC – an initiative to monitor sales of wild animals, plants and wildlife products.

Today, TRAFFIC operates in more than 20 offices around the world. It has helped reduce illegal trade in wildlife products ranging from rhino horn, ivory and tiger parts to tropical birds, fish and timber.

The United Nations Environment Programme has said that with the current rate of poaching and habitat loss, gorillas may disappear from most of their present range in less than 10-15 years.

We need to make sure that existing laws against harmful wildlife trade are enforced. With TRAFFIC, we are working to strengthen judicial processes in many countries.

We need to make sure that national and international laws keep pace with changing trends in wildlife trade.

That’s why we use cutting edge science to inform our recommendations to CITES, push for stronger protection where needed, and allow controlled trade when it won’t threaten a species’ survival.