Governments start to rein in ivory and rhino horn trade, give sharks and timbers better protection at wildlife trade meeting 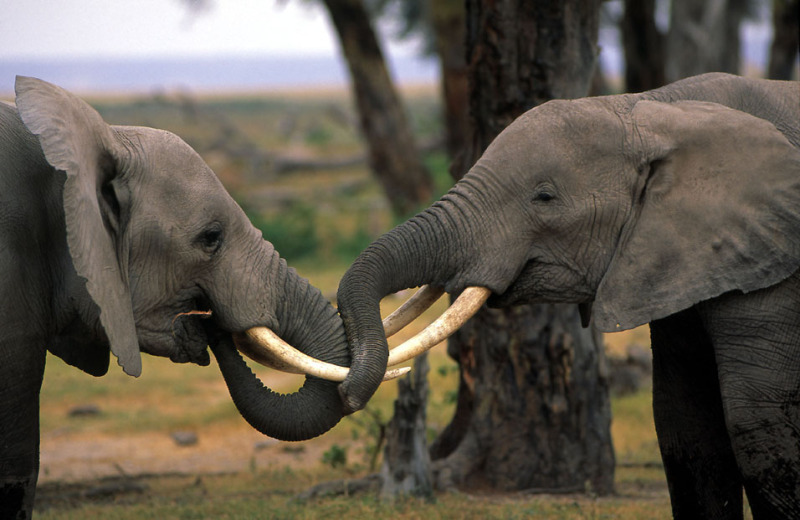 Governments start to rein in ivory and rhino horn trade, give sharks and timbers better protection at wildlife trade meeting

Bangkok, Thailand – A critical wildlife trade meeting closed Thursday with decisions from world governments to regulate the international trade in several species of sharks and timber, and to start taking action against countries doing little or nothing to stop the illegal ivory and rhino horn trades.

Countries, on the final day of the Convention on the International Trade of Endangered Species (CITES), capped the historic two-week meeting by deciding for the first time to initiate a process requiring countries most implicated in illicit ivory trade to clamp down on smuggling.

Governments mandated China, Kenya, Malaysia, the Philippines, Thailand, Uganda, Tanzania and Viet Nam – the countries of highest concern in terms of their failure to clamp down on large-scale illegal ivory trade – to submit time-bound plans to deal with the problem in two months, and make progress before the next CITES meeting in summer of 2014.

Under CITES rules, failure by those countries to take action could lead to a compliance process potentially resulting in sanctions being initiated. The treaty allows CITES to issue a recommendation that governments taking part in the treaty stop trading with non-compliant countries in the 35,000 species covered under the convention, from orchids to crocodile skins.

“After years of inaction, governments today put those countries failing to regulate the ivory trade on watch, a move that will help stem the unfettered slaughter of thousands of African elephants,” said Carlos Drews, WWF’s head of delegation at CITES. “The gains made to better protect species here in Bangkok are a major milestone.”

“But the fight to stop wildlife crime is not over,” Drews said. “These countries will now be held accountable to these pledges, and must step up the urgency in dealing with the global poaching crisis that is ravaging our wildlife.”

The decisions to better regulate the ivory trade this week came after Thai Prime Minister Yingluck Shinawatra on the opening day of the meeting announced she would shut down her country’s ivory markets. The prime minister’s pledge came after more than 1.5 million people signed petitions by WWF, Avaaz, and actor and conservationist Leonardo DiCaprio asking her to end the trading of ivory in Thailand.

Governments also extended better protection to threatened rhinos by pledging to work against organized crime syndicates that are smuggling rhino horn through the black market by increasing penalties. In addition, countries adopted a plan to reduce demand for illegal wildlife products like rhino horn, which is believed wrongly to be a miracle cure in Viet Nam.

Nearly 700 South African rhinos were killed by poachers last year, and nearly 150 have died thus far in 2013. Up to 30,000 elephants are lost to poaching every year.

Governments also reaffirmed the stronger protections for three species of hammerhead sharks, in addition to porbeagle sharks, oceanic whitetips, and two species of manta rays. The sharks and manta rays were listed on CITES Appendix II, seeking to regulate their international trade at sustainable levels.

“This is an historic moment, where science has prevailed over politics, as sharks and manta rays are being obliterated from our oceans,” Drews said. “This decision will put a major dent in the uncontrolled trade in shark meat and fins, which is rapidly destroying populations of these precious animals to feed the growing demand for luxury goods.”

“These timely decisions to have trade in sharks and manta rays regulated by CITES show that governments can muster the political will to keep our oceans healthy, securing food and other benefits for generations to come – and we hope to see similar action in the future to protect other commercially exploited and threatened marine species, both at the national and international level,” Drews said.

Negotiators also voted to ramp up trade regulations for several species of rosewood and ebony, which have been subjects of dangerous levels of illegal logging leading to deforestation, especially in Madagascar.