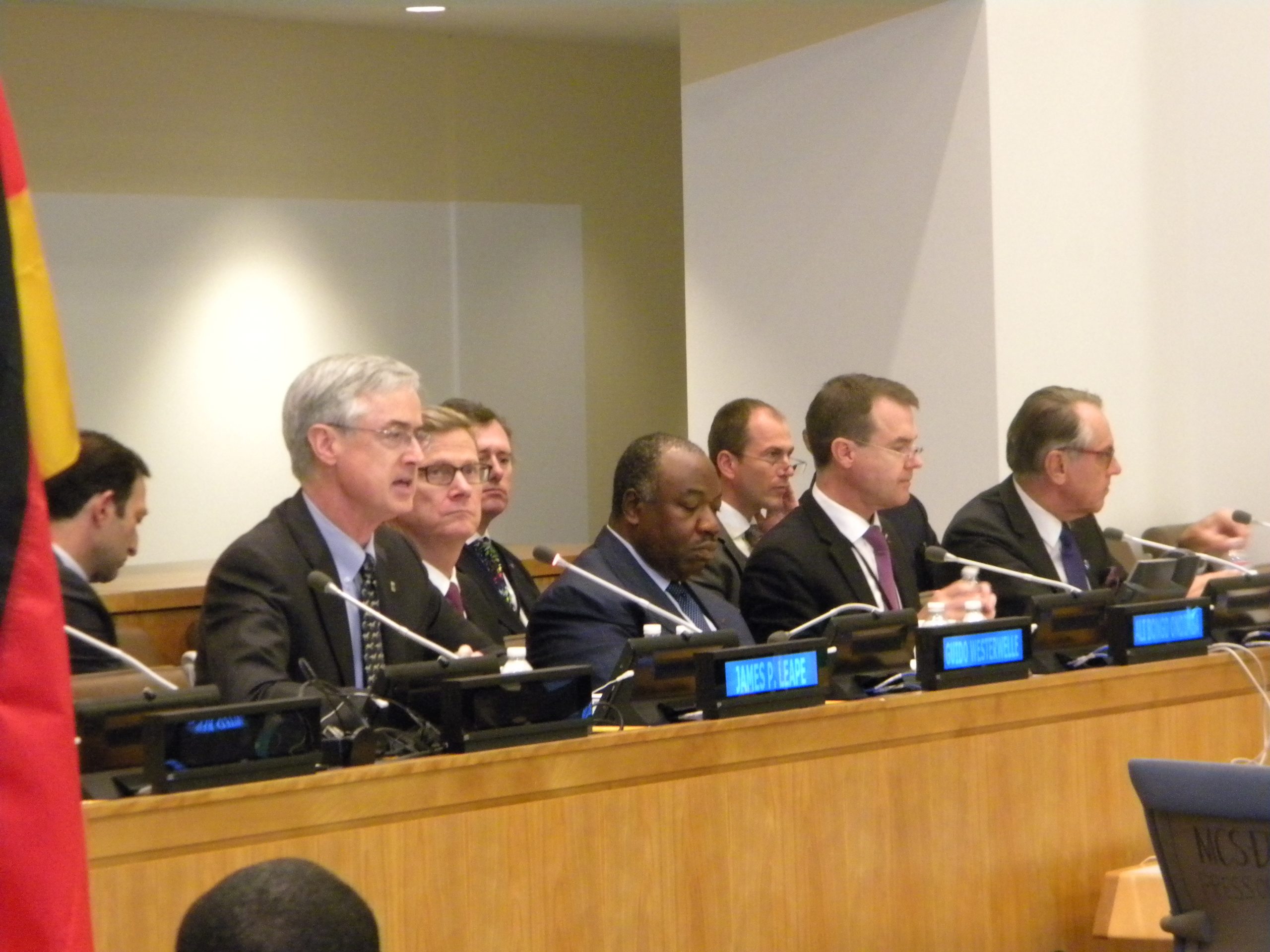 New York: Efforts to combat illicit wildlife crime received a massive boost today as heads of state and a number of ministers outlined the serious impacts of poaching and illicit wildlife trafficking.

During the most important meeting of the year in international politics, governments chose to highlight illicit wildlife trafficking as a major threat to peace and security, the rule of law and global development.

President Ali Bongo of Gabon called for the appointment of a special UN envoy on wildlife crime as well as a UNGA resolution, a move that was supported by the UK Secretary of State for Foreign and Commonwealth Affairs William Hague and the German Foreign Minister Guido Westerwelle, as well as other representatives present such as the Norwegian Minister of Environment.

President Ali Bongo said, “Illicit wildlife crime is no longer a simple environmental problem, it is a transnational crime and a threat to peace and security on our continent.”

The President of Tanzania, Jakaya Kikwete highlighted the problem of demand and called for help from the international community to close markets.

Minister of Foreign Affairs Guido Westerwelle highlighted that for Germany “it is no longer a measure of securing endangered species, it’s about countering the spread of organized crime and preventing uncontrolled militarization. This has become a problem of foreign and security matters”.

“Wildlife trafficking is now more organised, more lucrative, more widespread and more dangerous than ever before. It constitutes a threat to territorial integrity, security and represents an invasion as well as natural resources theft,” he added.

The high level meeting,“Poaching and illicit wildlife trafficking – a multidimensional crime and a growing challenge to the international community,” was hosted by the government’s of Germany and Gabon and was attended by ministers and other high level representatives from Chad, Thailand, UK, Norway, Belgium, the US, Colombia.

Deputy Secretary-General of the United Nations Jan Eliasson provided an introduction, and the Executive Director of the UN Office on Drugs and Crime, and the Secretary General of the Economic Community of Central African States both took the floor.

Across town at an event organized by the Clinton Global Initiative conservations organizations, including WWF, and world governments announced an $80 million CGI Commitment to Action to save Africa’s elephants.

Over the next three years, the commitment makers and their partners will fund and facilitate collaborated efforts and resources to protect key African elephant populations from poaching, while reducing trafficking and halting demand for ivory.

Carter Roberts, president & CEO of WWF-US said: “We know how to solve this crisis. What’s been missing is a united front from governments, NGOs and the private sector to scale up resources to stop the killing and crush the demand. Look at what has been done with conflict diamonds and fur from endangered species.

“The more people are aware of the consequences of what they buy, it changes what they do. “We need to do the same with elephant ivory and rhino horn and tiger bone,” he added.

For further information or to request an interview with a WWF expert contact:
Michael Storey, mstorey@wwfint.org, +41 79 330 7162