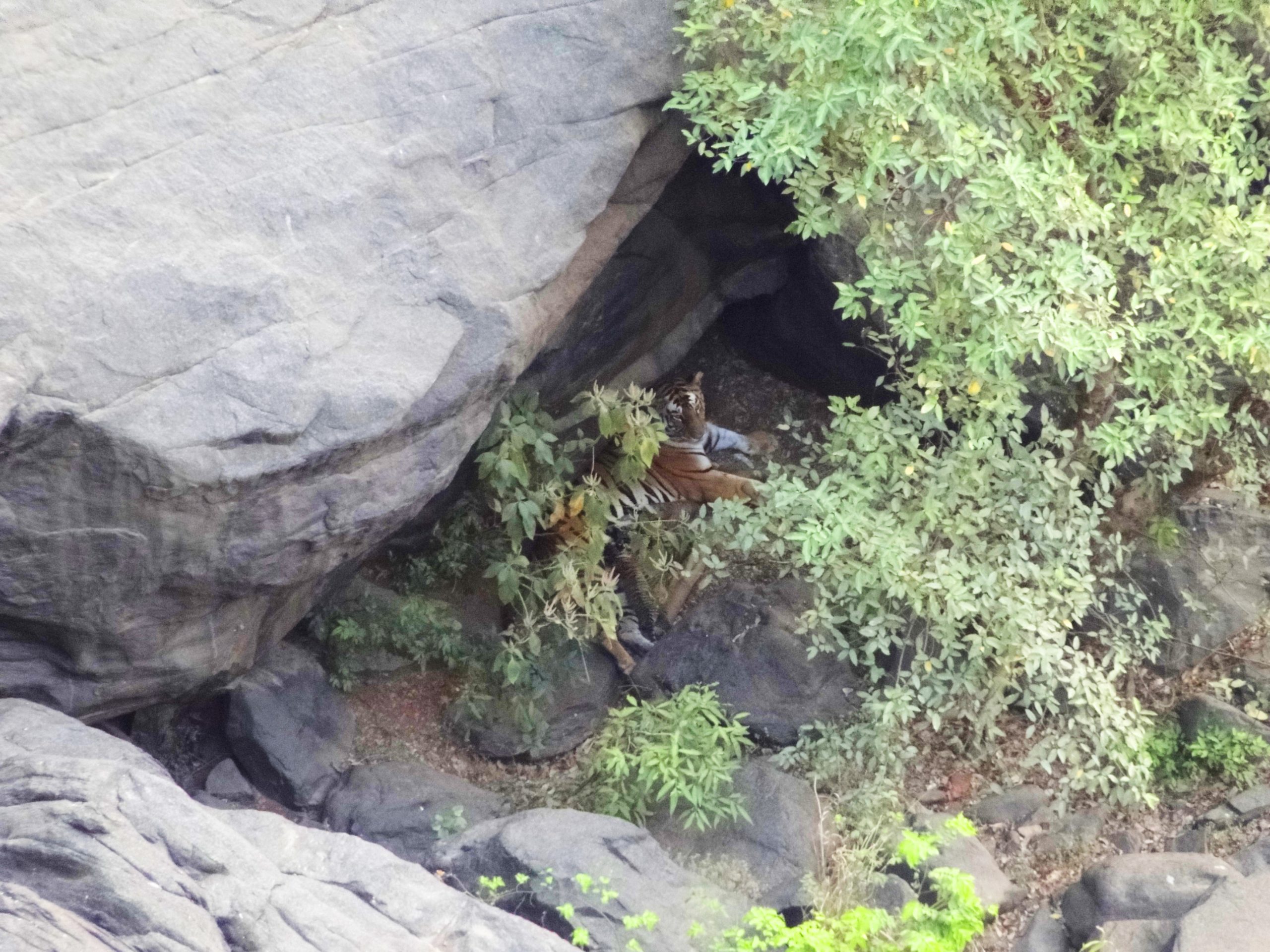 A few years ago, India’s Panna Tiger Reserve made global headlines when all of its tigers were lost to poachers.

Now Panna is once again in the news, but this time for a very different reason: Three tiger cubs were photographed this spring with their mother, marking the very first time that a translocated tiger has given birth in the wild.

“This is a momentous occasion for tiger conservation in India and indeed the world,” said Diwakar Sharma of WWF India “The new family is a positive sign that tigers are returning in Panna, but our work here is far from over until the cubs reach safely into adulthood.”

Down to zero
In less than a decade, poachers had systematically wiped out every single tiger in Panna Tiger Reserve, which boasted 21 tigers in 1998.

By 2009 reports that Panna had lost all its tigers was making the news and in June last year, the state government of Madhya Pradesh finally admitted there were no tigers left in the reserve.

This raised international concern and galvanized national action. The Indian government immediately put together protective and remedial actions to make Panna a safe haven for tigers once more.

Starting from scratch
Last year, a male tiger from Pench and two females from Bandhavgarh and Kanha Tiger Reserves were translocated to Panna under the expertise of the Wildlife Institute of India. WWF lent technical support to these historic efforts through state-of-the-art radio collars along with remote surveillance systems to monitor the translocated tigers.

The process has not been without incident. A female tiger frequently left the reserve until she marked her territory in the core habitat of the protected area. The lone male travelled over 190 miles until it was captured and brought back to the reserve on December 25, 2009.

Since 2004, WWF has been committed to the long-term support of Panna Tiger Reserve and has worked with the field staff and local communities to strengthen tiger conservation efforts. We are helping educate children from the nomadic Pardi hunting tribe that live around the reserve to ensure that future generations won’t have to rely on illegal activities to earn a livelihood. Pardis are traditional hunters that illegal wildlife traders often use to poach tigers.

“The birth of these cubs shows us that the key rules remain unchanged—first that tigers need undisturbed habitat with enough prey and second, they have to be protected against poaching,” said Samir Sinha, head of TRAFFIC-India. “With enough protection and the continued commitment of local communities and national bodies, tigers can bounce back even from small populations.”

The new frontier
The success in Panna is vital to tiger conservation as scientists now have initial indications that translocations can work if there is enough prey and protection on the ground.

With wild tiger numbers as lows as 3,200, could this be a viable solution to repopulating tigerlands throughout Asia?

“What we learned from the translocation in India will help inform bold new strategies for tigers in other countries like Cambodia, Lao and Vietnam where wild populations are in peril,” said Dr Barney Long, WWF’s Asian species expert. “The three cubs in Panna are a powerful symbol of what can be done to ensure a future for wild tigers.”

More about WWF’s Year of the Tiger work

See external video of the tigress