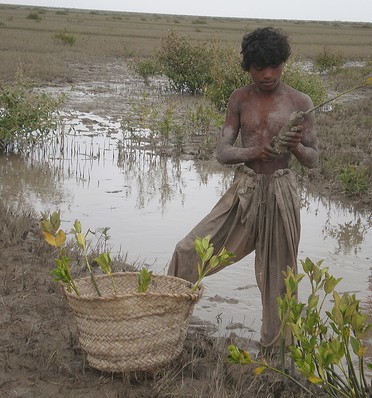 More than fifty governments have vowed to stem tropical forest loss in efforts to fight climate change by forming a major new partnership.

Government leaders meeting for the Oslo Forest and Climate Conference on Thursday agreed to increase efforts to reduce emissions from deforestation and forest degradation (REDD+), pledging initially over USD 4 billion for these activities.

They established a partnership to move REDD+ activities forward in this year and beyond, creating crucial momentum for climate change mitigation efforts focused on halting deforestation ahead of the climate talks in Cancun in December.

REDD+ offers a unique opportunity to address both the adverse consequences of climate change and the underlying causes of ongoing forest loss and forest degradation around the world and in doing so, contributes to efforts to avoid dangerous levels of warming.

“Governments made a major step forward in efforts to fight climate change this week. This collaborative partnership is a very constructive start,” said Paul Chatterton, of WWF’s Forest Carbon Initiative, “but the challenge now is to turn these commitments into action and secure money to support these efforts in the long-run.”

To date, the clearest example of this kind of long-term financial support came from the climate change bill that passed the US House of Representatives last year. Unfortunately, the Kerry-Lieberman bill introduced in the US Senate this month eliminated that financing. If REDD+ is to succeed, the United States and other key countries need to step with long term financing that builds on these successful fast start actions.

Looking ahead, countries must follow through on their commitments today by upholding the elements of this partnership agreement, which will mean improving coordination, increasing transparency, and ensuring that funds and actions are in line with principles and safeguards outlined in the partnership, WWF said.

WWF, CARE, and Greenpeace proposed a set of guiding principles ahead of this week’s meeting to ensure that the agreement acknowledged that the climate, biodiversity and people’s wellbeing are fundamental to any REDD+ efforts.

Meanwhile, WWF welcomed the announcement of Norway’s decision ahead of the conference to provide USD 1 billion to support Indonesia’s efforts to reduce emissions caused by deforestation in that country.

The two governments agreed on Wednesday to enter into a collaboration to reduce emissions from deforestation and forest degradation (REDD+) in Indonesia’s forests and peat lands.