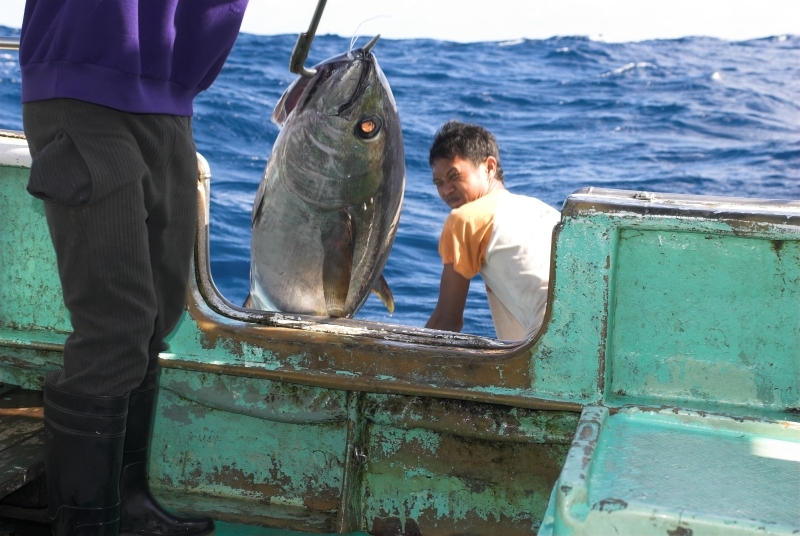 Fremantle, Australia: After more than a decade lagging behind all of the worlds other Regional Fisheries Management Organisations, the Indian Ocean Tuna Commission (IOTC) has begun to move towards sustainable management of the ocean’s fisheries.

WWF welcomes the long overdue endorsement of a precautionary approach for Indian Ocean tuna management as well as some basic elements of sustainable management measures including turtle and seabird protection. First steps have also been adopted for the management of Fish Aggregating Devices (FADs), anchored or free floating platforms around which fish congregate.

The IOTC’s 16th meeting, held in Freemantle, Australia, was noted for the increasing engagement of Indian Ocean island and coastal states.

The two proposals to implement the precautionary approach for Indian Ocean tuna management, in line with international standards for sustainable fisheries, were put forward by the island countries of Maldives, Mauritius and Seychelles.

“The delegation from Maldives are delighted that they were able to gather consensus on adopting the Precautionary Approach – an important sea change in managing tuna and tuna-like species in the Indian Ocean. We are thankful to Mauritius and Seychelles, the co-sponsors of the Resolution, Australia, the EU, the Secretariat, and in particular to India for their continued support and understanding”, said Dr Hussain R Hassan, the Minister of State for Fisheries and Agriculture for the Maldives

“The Maldives prides itself on careful management of nature’s resources and is glad to lead the way in sustainable fisheries management in this Ocean, and look forward to further develop work on harvest control measures with the other nations of the Indian Ocean”.

The meeting however, still leaves the fisheries of the Indian Ocean without basic measures such as catch limits or specific measures on sharks, dolphins and other cetaceans that are impacted by tuna fisheries.

An EU proposal, strongly supported by Australia, to extend protection to the more vulnerable sharks, failed to achieve consensus.

“Only if managed sustainably can we avoid risking these vital natural resources and the livelihoods that depend upon them.”

WWF hopes the IOTC and its Member States will continue their efforts towards developing a precautionary management of tuna in the Indian Ocean with clear harvest control strategies and fair and equitable allocation of catch.

Precautionary tuna fisheries management
The basic tenet of precautionary approach to fisheries management is simple: do not take actions that could have an unacceptably high risk of compromising the health of the resource or its environment in the long term. The implementation of a precautionary approach is, in most cases, made operational through pre-agreed management actions (also called ‘harvest control rules’) that are launched as soon as stock status indicators reach certain critical values (i.e. ‘reference points’).

IOTC
The Indian Ocean Tuna Commission (IOTC) is an intergovernmental organization mandated to manage tuna and tuna-like species in the Indian Ocean and adjacent seas. Its objective is to promote cooperation among its Members with a view to ensuring, through appropriate management, the conservation and optimum utilisation of stocks and encouraging sustainable development of fisheries based on such stocks. The Secretariat was established in Seychelles in 1998. Currently, IOTC includes 29 member States and three cooperating States.

WWF
WWF is one of the world’s largest and most respected independent conservation organizations, with over five million supporters and a global network active in over 100 countries. WWF’s mission is to stop the degradation of the earth’s natural environment and to build a future in which humans live in harmony with nature, by conserving the world’s biological diversity, ensuring that the use of renewable natural resources is sustainable, and promoting the reduction of pollution and wasteful consumption.
Visit panda.org/news for latest news and media resources.