Sustainable Energy For All: Action, not just an agenda 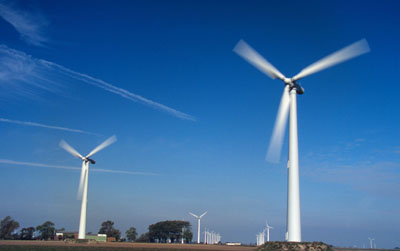 Sustainable Energy For All: Action, not just an agenda

London, UK– WWF welcomes the launch of the Global Action Agenda under the Sustainable Energy for All Initiative by UN Secretary General Ban Ki Moon. But WWF urges participants in the initiative to work towards an Action Agenda that focuses much more on achieving energy access through sustainable energy sources and by implementing nationally binding targets through a multi stakeholder processes.

“Nearly three billion people globally lack access to clean, safe and reliable energy, with devastating effects on human health but also on the environment. Secretary General Ban Ki Moon’s initiative gives us all hope that everyone’s energy needs will be met in a sustainable way.

“WWF strongly supports the initiative’s call for universal energy access by 2030. We think that access needs to be 100% renewable, and we hope governments will make commitments to that goal at the Rio+20 United Nations Conference on Sustainable Development in June’’, said Samantha Smith, Leader of WWF’s Global Climate and Energy Initiative.

However, WWF is concerned that SEFA overall, and the Action Agenda, place too much emphasis on voluntary action.

“We all know that it’s political will that holds us back – from cutting emissions to delivering clean and renewable energy to the people who need it. Voluntary action is great, but to get accountability, sustainability and scale on addressing energy poverty, we will need strong and financially meaningful commitments,” said Smith. “WWF would like to see governments step up and make their commitments binding.”

In addition to binding commitments, WWF urges SEFA participants to make the initiative more accountable to global citizens. Perhaps because it is voluntary, SEFA currently lacks a meaningful system for monitoring whether participants actually deliver on their commitments. And the strong focus on voluntary partnerships between the private sector and governments falls short of ensuring that efforts reach the poorest in rural areas.

There is a need for stronger social and environmental safeguards and broader, proactive outreach to marginalized groups in society. This is a core responsibility of governments and should not be outsourced to the private sector.

“WWF would like to see greater transparency and accountability for SEFA”

“At its best, the UN is all about good global governance and accountability. In that spirit, WWF would like to see greater transparency and accountability for SEFA,” said Smith. “SEFA has extended an open invitation to civil society to join in, which is great – but to reach the poor and in particular women it will take active and sustained outreach.”

WWF commends the Secretary General on his initiative, and SEFA’s progress to put the important issue of energy access on the global political agenda. We hope SEFA will keep up its momentum: by involving all stakeholders, pushing the levels of commitment to also include legally binding national targets and frameworks that clearly support renewable energy technologies and thereby support the achievement of inclusive green growth and sustainable development.

About WWF
WWF is one of the world’s largest and most respected independent conservation organizations, with over 5 million supporters and a global network active in over 100 countries. WWF’s mission is to stop the degradation of the earth’s natural environment and to build a future in which humans live in harmony with nature, by conserving the world’s biological diversity, ensuring that the use of renewable natural resources is sustainable, and promoting the reduction of pollution and wasteful consumption.panda.org/news for latest news and media resources