Join us at the launch of the 2010 Living Planet Report 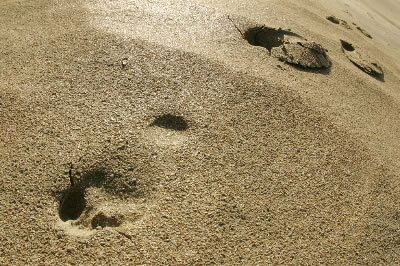 Join us at the launch of the 2010 Living Planet Report

On 13 October, WWF will release the 2010 edition of the Living Planet Report (LPR), ahead of the UN Convention of Biological Diversity in Nagoya, Japan. Recognized as the world’s leading science-based analysis on our planet’s health, the biennial report documents the changing state of biodiversity, ecosystems and humanity’s consumption of natural resources.

Be among the first in the world to learn about the latest findings from WWF’s Living Planet Report. Hear first-hand from WWF International’s Dr. Chris Hails on how the report relates to developed countries like Singapore and the growing economies in Asia-Pacific region. The report also outlines solutions – particularly in smart choices for energy, diet and consumption – that can prevent an even more catastrophic decline in the natural capital and diversity on which all businesses and human beings depend.

ABOUT THE SPEAKER, DR. CHRIS HAILS

Dr. Chris Hails is a British biologist trained at the University of Stirling in Scotland. He worked as a lecturer in Zoology and Ecology at the University of Malaya in Kuala Lumpur from 1976 to 1983, where he conducted research on bird species both inside and outside the tropical rainforest.

From 1983 to 1988 he was an environmental advisor to Ministry of National Development in Singapore, where he conceived and led the “Bring back the Birds” project, during this time he wrote “The Birds of Singapore” published by Times Editions in 1987.

He joined the WWF International headquarters in Switzerland in 1988 as Director of the Asia-Pacific Region, and was global Programme Director from 1995 until 2007. He now works in the Director-General’s office where he is responsible for International Relations. He is also Chairman of WWF Singapore.

Seats are limited to the first 150 registered participants on a first-come-first-served basis.