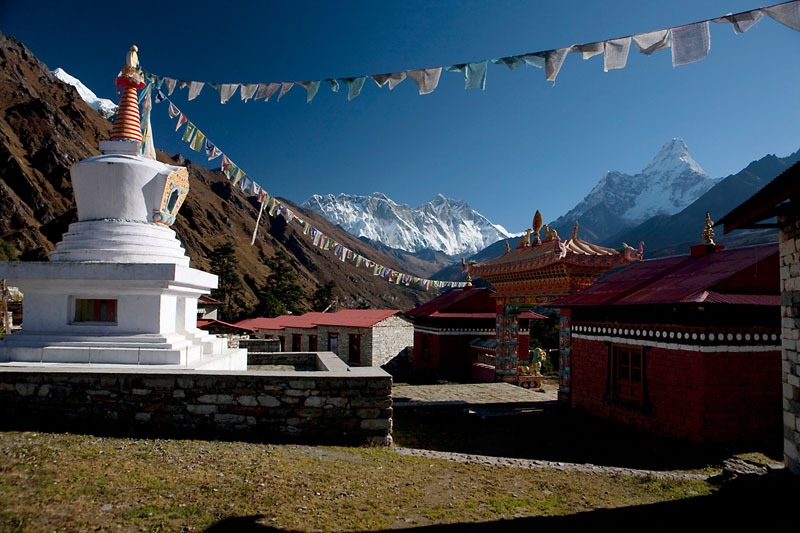 WWF helps people of faith channel their deep understanding that we all have a responsibility to protect the integrity of creation.

The wonders of creation are an inspiration for billions of people around the world.

Looking after our Earth and the creatures that live here lies at the heart of all the world’s major faiths. Sacred sites are the world’s oldest protected areas, and care and compassion for the natural world are an important part of religious teachings and traditions.

Faith is the foundation of personal, cultural and spiritual identity for billions of people around the globe – many of whom find spiritual inspiration, and answers, in nature. By encouraging religious leaders to use their influence for the good of the environment, we are helping to engage a powerful and willing force for sustainability and environmental protection.

On our 25th anniversary in 1986, we brought together leaders from five of the world’s major religions in Assisi, Italy.

We wanted to explore together their understanding of the environment, the threats we face and how faith informs our notion of environmental stewardship.

It led to the creation of our partner organisation, the Alliance of Religions and Conservation (ARC), which now includes 11 major faiths as members.

Over the years, ARC has worked with the faiths to mobilize strong environmental commitments. For example, members are developing international standards for forests owned by religious groups, based on, but adding to, the sustainability principles of the Forest Stewardship Council. From the Lutheran Church of Sweden, which owns 22% of Sweden’s commercial forests, to Shinto priests in Japan, faith groups are responsible for millions of hectares of forests worldwide.

In Kathmandu in 2000, at our annual international conference, leaders of the world’s major faiths made further conservation commitments including 26 “Sacred Gifts for a Living Planet”.

These pledges focused on what different faiths are doing to protect the natural world. In Mongolia, for example, Buddhist leaders announced the reintroduction of a centuries-old ban on hunting snow leopards and saiga antelope, both endangered species. In Lebanon, Maronite leaders promised to protect the threatened sacred forest of Harissa on the slopes of Mount Lebanon, a pledge they have since extended to the holy Qadisha “valley of hermits” to the north.

Faith groups, between them, have assets worth around US$7 trillion dollars.

At Windsor Castle in November 2009, in the presence of UN Secretary-General Ban Ki-Moon and WWF President Emeritus HRH the Duke of Edinburgh, ARC’s member faiths launched 31 long-term ecological action plans. These commitments cover a wide range of practical actions that faiths around the world have promised to set in motion over the next decade. They include:

At least 20 other faith groups, including the Mongolian Buddhists, the Russian Orthodox Church and 16 Muslim and Christian traditions in sub-Saharan African have been inspired by this to create their own far-reaching plans, and we expect this number to increase.