Kingpin behind bars for trafficking chimps 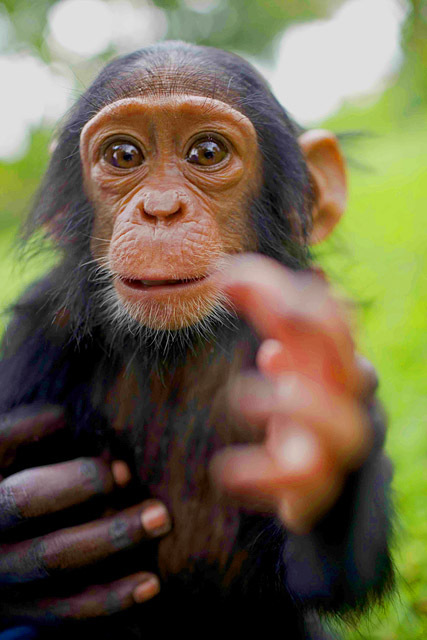 Kingpin behind bars for trafficking chimps

A man who has admitted trafficking over 500 endangered chimpanzees out of the West African country Republic of Guinea has been captured and sentenced to the maximum possible jail term and a fine, according to a law enforcement group involved with the case. The GALF project, run by non-governmental organization WARA, says the kingpin and his two accomplices, who also received prison sentences, have been implicated in the trafficking of chimps, lions, leopards, hyenas and tropical birds over the past decade.

“Breaking these networks will require a real commitment from the Guinean authorities as major criminals take advantage of the lack of political will and the lightness of the penalties,” said Charlotte Houpline, GALF Founder and Coordinator. “But this time the result is excellent, we arrested one of biggest ape traffickers and we obtained one year in prison against him, the most severe penalty under Guinean law for this type of offense. It is a historic decision.”

Poaching and trafficking of chimpanzees has driven the species into severe decline. All cross-border trade in great apes like chimps, gorillas and orang-utans is prohibited under international law, but demand for the animals by zoos, wildlife parks and as exotic pets has continued. Republic of Guinea was sanctioned by the Convention on International Trade in Endangered Species earlier this year for circumventing rules meant to safeguard the country’s wild animals.

“Poachers target young chimpanzees for the illegal pet trade, but their families will often fight to the death to protect them. For every baby that is captured another 10 chimps may have died, either directly from the barrel of a poacher’s gun, but also the infants frequently succumb to extreme stress once they’re removed from the wild, thus necessitating the need for the poacher to pursue another live infant—essentially repeating the killing scenario,” said David Greer, WWF’s African Great Ape Programme Manager. “There are as few as 20,000 chimpanzees remaining in of Republic of Guinea. To prevent ape populations from careening toward extinction, countries across West and Central Africa must provide better protection, more thorough investigations, rigourous prosecutions, the eradication of corruption in the legal system and stronger penalties to deter poachers and traffickers.”

The operation to apprehend the fugitive syndicate was undertaken by the Guinean government’s INTERPOL bureau and GALF. WWF supports GALF’s work on wildlife crime investigations by financing partially its activities. The group conducted 10 months of investigations leading up to the arrests. During the sting, authorities seized 150 birds and were able to release them safely back into the wild.