More than 1,000 tigers reduced to skin and bones in last decade 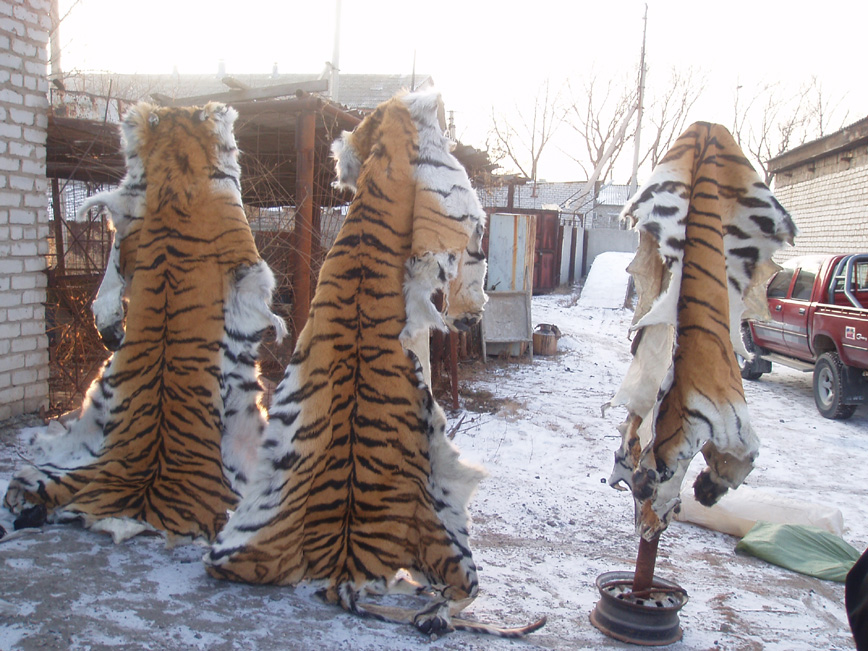 More than 1,000 tigers reduced to skin and bones in last decade

Parts of at least 1,069 tigers have been seized in tiger range countries over the past decade, according to new analysis of tiger seizures carried out by TRAFFIC, the wildlife trade monitoring network.

“Given half the world’s tigers live in India, it’s no real surprise the country has the highest number of seizures, and while a high number of seizures could indicate high levels of trade or effective enforcement work, or a combination of both, it does highlight the nation’s tigers are facing severe poaching pressure,” said Pauline Verheij, joint TRAFFIC and WWF Tiger Trade Programme Manager and an author of the report.

“With parts of potentially more than 100 wild tigers actually seized each year, one can only speculate what the true numbers of animals are being plundered.”

Tiger parts reported in trade ranged from complete skins, skeletons and even whole animals—live and dead, through to bones, meat, claws, teeth, skulls, penises and other body parts.

They are used by a variety of cultures for decoration, in traditional medicines and even as good luck charms.

“First and foremost, the report demonstrates that illegal tiger trade continues despite considerable and repeated efforts to curtail it by many governments and organizations in both consumer and range countries,” said Mike Baltzer, leader of WWF’s Tigers Alive initiative. TRAFFIC is a joint programme of WWF and IUCN, the International Union for Conservation of Nature.

“Clearly enforcement efforts to date are either ineffective or an insufficient deterrent,” said Baltzer. “Not only must the risk of getting caught increase significantly, but seizures and arrests must also be followed up by swift prosecution and adequate sentencing, reflecting the seriousness of crimes against tigers.

The report also notes an apparent increasing number of seizures in Indonesia, Nepal, Thailand and Viet Nam. Some areas stand out in the report as hot spots in the illicit trade, including Nepal as a transit country, and the India-Myanmar, Malaysia-Thailand, Myanmar-China and the Russia-China borders. Additionally, many seizures take place within 50 km of protected tiger areas, such as those in the Western Ghats, Sundarbans and Terai Arc.

“But good enforcement alone will not solve the problem. To save tigers in the wild, concerted action is needed to reduce the demand for Tiger parts altogether in key countries in Asia,” said Steven Broad, Executive Director of TRAFFIC.

Enforcement efforts to date, the authors conclude “point to a lack of political will among those responsible at national and international levels for protecting tigers from illegal killing and trade.”

“A paradigm shift in terms of commitment is needed and all stakeholders will have to join forces to create an intelligence-driven, well co-ordinated, trans-boundary and sustained push against forces driving one of the most legendary species on Earth to extinction,” says the report.

In decline but hope remains

Wild tiger numbers are in steep decline, caused by a combination of poaching and illegal trade in the animals themselves, coupled with habitat loss and encroachment and excessive poaching of key prey species. A century ago there were around 100,000 wild Tigers; today the figure is believed to be as few as 3,200.

The report comes as heads of governments from tiger range states prepare to meet at a tiger summit later this month in St. Petersburg, Russia to finalize the Global Tiger Recovery Program, a plan that aims to double the number of tigers in the wild by 2022. It will include a major enforcement push by the International Consortium on Combating Wildlife Crime (ICCWC), which comprises CITES, INTERPOL, the United Nations Office on Drugs and Crime, the World Bank, and the World Customs Organization. Prime Minister Vladimir Putin will host the International Tiger Forum from 21–24 November and representatives from all 13 tiger range countries are expected to attend.

“The forthcoming summit is a vital one for the future of wild tigers, their very future hangs in the balance,” said Broad.

Take action to save tigers!