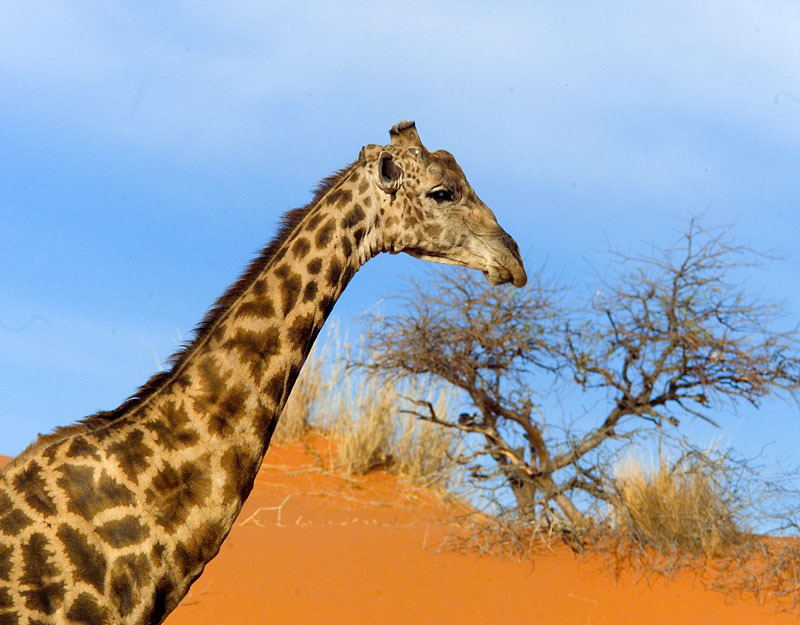 Putting communities in control of their environment has transformed the outlook for people and wildlife in one of Africa’s newest countries.

Namibia is home to some of the world’s richest wildlife and poorest communities. By helping people benefit from their natural resources, we’ve helped both to thrive.

The rolling deserts and rocky red mountains of Namibia are a place of stark beauty. Half a century ago, this vast area of southwest Africa was rich in charismatic wildlife, including rare desert elephants, lions, leopards, cheetahs, giraffes, zebras and black rhino.

But during the 1970s and 80s, a huge rise in poaching caused a dramatic fall in wildlife numbers. Drought and military occupation meant the prospects were also bleak for the country’s human inhabitants, who today number 2 million.

After gaining independence from South Africa in 1990, Namibia became the first country in Africa to incorporate environmental protection into its constitution. The government passed a law enabling communities to set up “conservancies”, giving them the right to manage and benefit from their own natural resources.

WWF has worked with Namibian partners to provide training, grants, technical assistance and practical solutions to help communities protect their land and manage it sustainably. Even those not conservationists by nature understood that their well-being was linked to the environment.

So far, 235,000 people across Namibia have joined together to create some 59  special conservation areas, which protect 132,000 sq km of vital wildlife habitat – one-sixth of Namibia’s land area. More than 30 more are in the planning stages. In just over two decades we’ve helped our Namibian partners  to double the amount of protected space – and wildlife is thriving. In Kunene, one of the regions where we work, elephant numbers have tripled compared to the early 1980s, while giraffes have increased fivefold.

Local people benefit as a result. The conservation areas bring in more than US$5.5m a year, and the communities that manage the land benefit from jobs ranging from ecotourism to gathering ingredients for upmarket perfumes. And because everyone benefits from preserving the region’s amazing animals, poachers are no longer welcome.

Rhinos have poor eyesight, but an excellent sense of smell.

John Kasaona was born Sesfontein in the Kunene region of Namibia. His father was a poacher, but later used his knowledge of local animals to protect the community’s wildlife.

John is now director of the Integrated Rural Development and Nature Conservation (IRDNC), one of our Namibian partners. He says that the success of community conservation is “the good news from Africa that we have to shout from the rooftops… The world needs to take some of what we have learned in Namibia to other places with similar problems.

“We’ve been successful in Namibia because we dreamed of a future that was much more than just a healthy wildlife. We knew conservation would fail if it doesn’t work to improve the lives of the local communities.”

Listen to him talk passionately at TED about community-based conservation and the transformations it’s led to.

Our success in Namibia shows that putting the power to protect in the hands of local communities helps build a better life for animals, their environment and people.

Now we’re taking the idea to Zambia, Mozambique, and even such far away places as Mongolia and Nepal to inspire even more people to play their part in creating a more sustainable future where everyone is better off.

But success also brings challenges. Increasing numbers of wildlife – especially predators like lions and destructive animals such as elephants – brings people into conflict with these animals. WWF has developed techniques to help communities live alongside wildlife, protect their crops, buildings and themselves without having to use destructive methods.

Protecting the diversity of life

Five decades of innovation for conservation