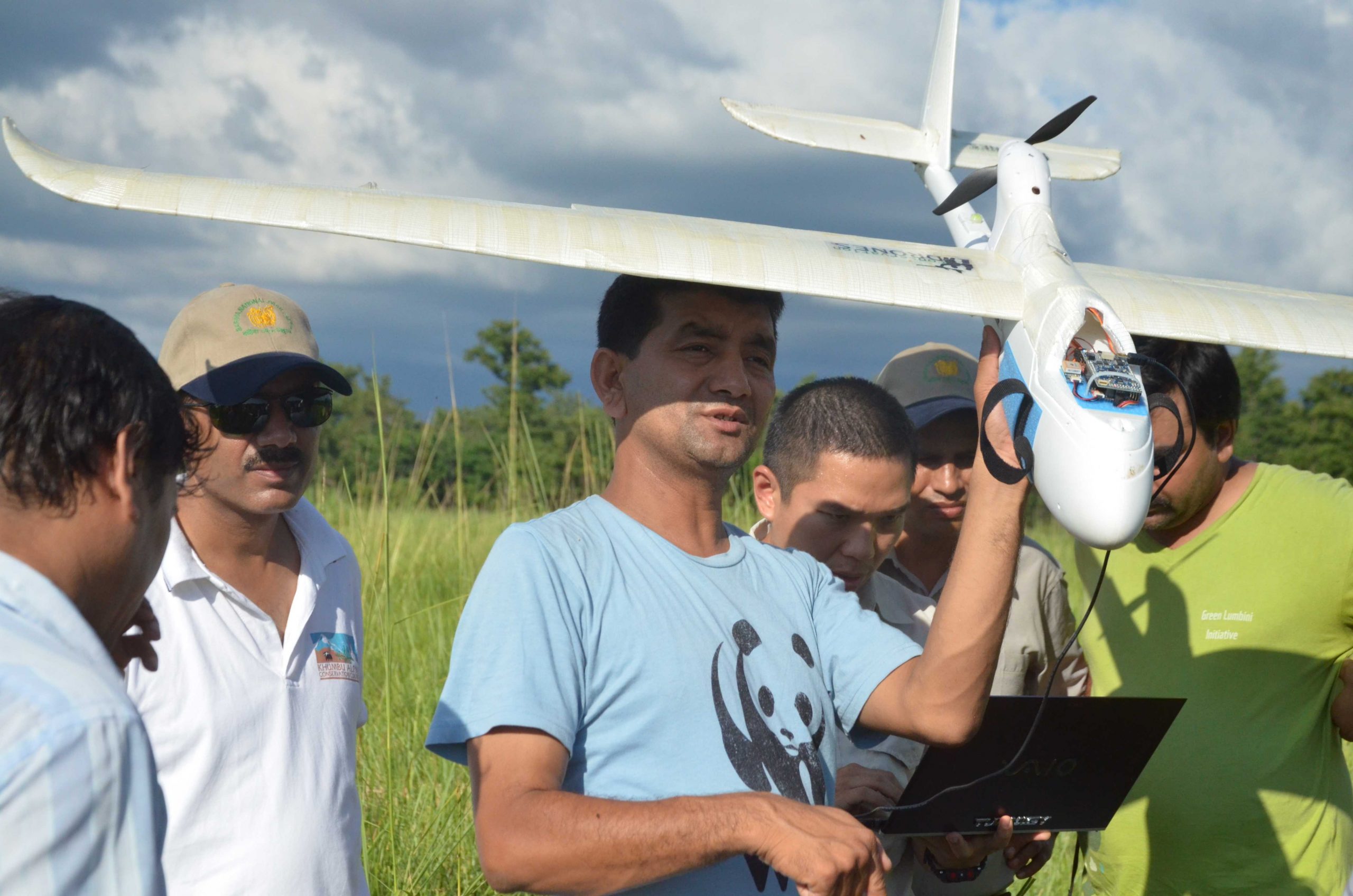 Nepal is home to rhinos, tigers and elephants, among the world’s most vulnerable species. Poaching of these and many other species is at an all-time high and the hope is that UAV technology will help capture poachers in the act and deter others from even trying.

“Nepal is committed to stopping wildlife crime, which is robbing Nepal of its natural resources, putting the lives of rangers and local communities at risk, and feeding into global criminal networks,” said Director General Krishna Acharya of the Department of National Parks and Wildlife Conservation. “Technologies like these non-lethal UAVs could give our park rangers a vital advantage against dangerously armed poachers.”

Nineteen park rangers and Nepal Army personnel were trained to use the UAVs by developer Mr. Lian Pin Koh, an ecologist at the Swiss Federal Institute of Technology Zurich. Participants learned how to use the planes and conducted field tests in Bardia National Park.

Traditionally, effective monitoring of national parks has depended largely on accessibility of the terrain by anti-poaching patrols as well as prior intelligence on poachers in the vicinity. The UAV gives the patrols a new strategic advantage with an “eye in the sky,” allowing them access into previously unreachable areas and a safe view of illegal activities on the ground. The presence of a UAV also serves as a deterrent to poachers and illegal loggers since they now know that the parks are being monitored both on the ground and from above.

The GPS-enabled FPV Raptor model planes are light enough to be launched by hand, filming the ground below with a still or video camera. They can fly a pre-programmed route of about 30km at a maximum elevation of 200 meters for up to 50 minutes. The battery can be recharged in about half an hour. Each UAV costs about $2500, making it affordable for developing countries like Nepal.

“WWF is excited to be part of this field test of new technology in partnership with the government of Nepal,” stated Mr. Anil Manandhar, Country Representative of WWF Nepal. “We see this as a potentially powerful new tool to improve protection of Nepal’s national parks from illegal activities like poaching and logging.”

Notes to the editor:

About WWF
WWF is the world’s leading conservation organization, working in 100 countries for nearly half a century. With the support of almost 5 million members worldwide, WWF is dedicated to delivering science-based solutions to preserve the diversity and abundance of life on Earth, halt the degradation of the environment and combat climate change. WWF has been active in Nepal since the 1960s and remains committed to the vital work being done in the region to save its unique and irreplaceable biodiversity. Learn more at www.wwfnepal.org