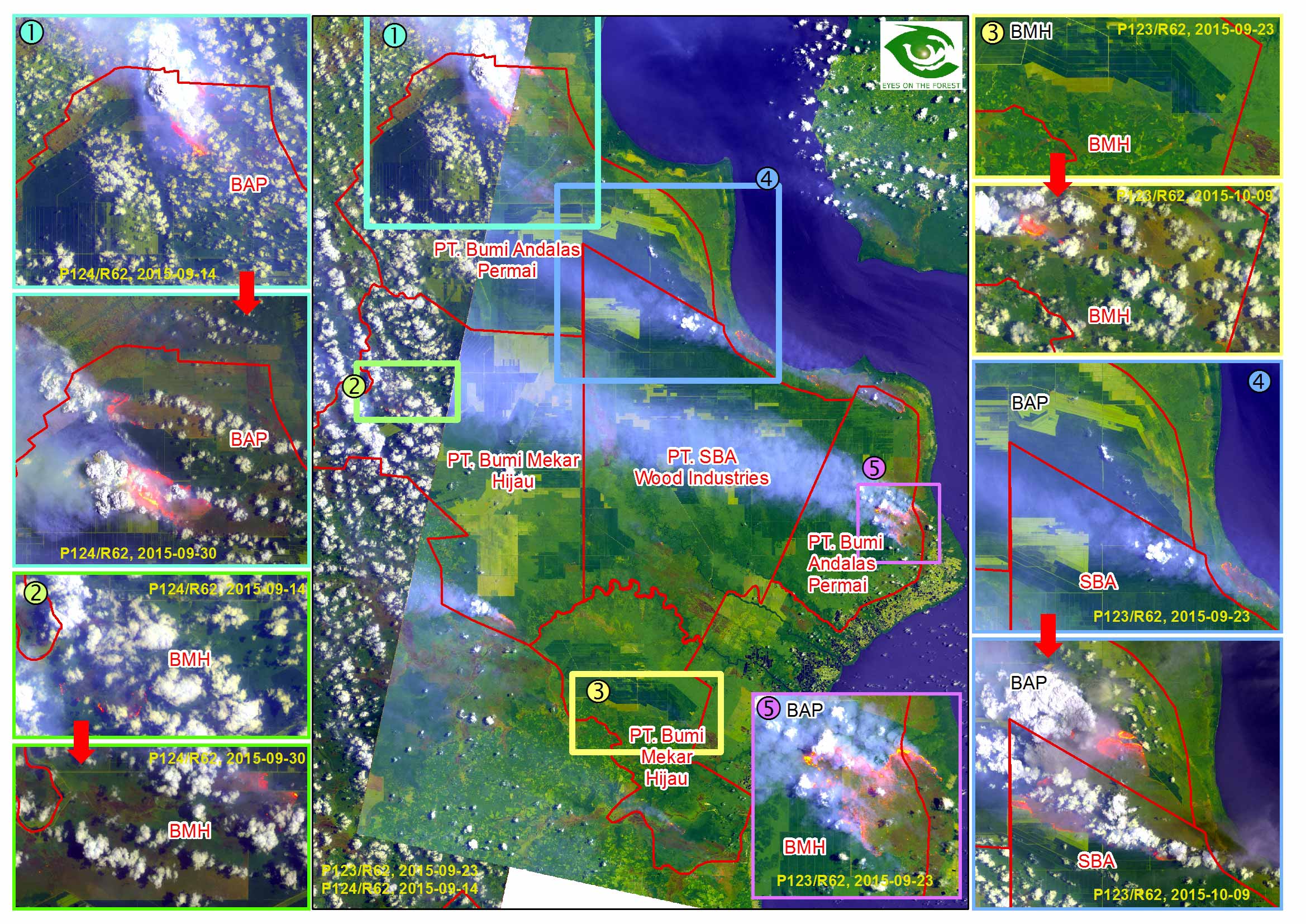 In a joint statement released today, international and Indonesian NGOs including WWF-Indonesia as part of the Eyes on the Forest coalition1 urged Asia Pulp & Paper (APP) to stop using drained peatlands for pulpwood plantations and to restore degraded areas.

Asia Pulp & Paper’s new US$3 billion mega-scale mill2 caused outrage among NGOs back in April 2016, when a report revealed that APP would not be able to source the required wood for all its mills in Sumatra without breaking its own zero-deforestation commitment. Up to this date, APP has not shown independent proof to counter these concerns, but instead has started production at the mill on December 23, 2016.

In addition to the concerns about potential future deforestation, the NGOs highlighted APP’s contribution in jeopardizing Indonesia’s climate commitments by having more than 60% of its huge land bank on peatland. Plantation development on peatland causes extremely high carbon emissions, especially through catastrophic fires. According to a soon-to-be released analysis by Eyes on the Forest, 43% of their land bank are in areas that Indonesia’s government has marked for restoration, posing huge challenges for APP to comply and secure wood supplies for its pulp mills.

After decades of destroying the environment and causing conflict with local communities, APP is urged to take these concerns seriously and start acting. A credible first step would be a time-bound commitment to create buffer zones of restored forest around remaining natural peat forest areas, and the development of alternative forestry practices on rewetted peatlands with local tree species adapted to peat swamp conditions.