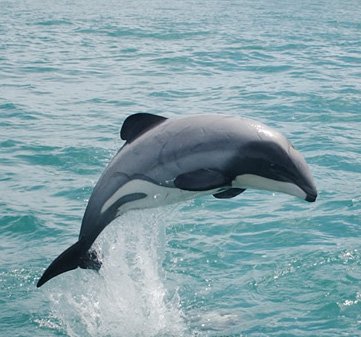 Wellington –The New Zealand government has come under fire for opposing action to save the critically endangered Maui’s dolphin at the world’s largest conservation summit – with leading conservation groups calling New Zealand’s actions on the international stage ‘shameful’.

A motion to stop the extinction of the world’s rarest dolphins and porpoises, including New Zealand’s Hector’s and Maui’s dolphins and Mexico’s vaquitas, was passed with an overwhelming majority at the IUCN’s World Conservation Congress in Jeju, Korea last week.

576 IUCN members, including governments and NGOs, voted for the motion, and only two opposed. The New Zealand government was one of them.

Rebecca Bird, WWF’s Marine Programme Manager, said: “There is overwhelming global support for the New Zealand government to take action to stop gillnet and trawl fishing threatening the survival of our endangered dolphins.

“By voting against essential protection for the world’s most endangered marine dolphin, the New Zealand government has acted shamefully and can no longer claim to be leaders in conservation. If we fail to act now, it will not be long before Maui’s disappear from our waters forever.”

Barry Weeber, co-chair of the Environment and Conservation Organisations of New Zealand (ECO), which sponsored the motion, received input on the proposal from members of the IUCN’s Species Survival Commission Cetaceans Specialist Group. “Almost everyone apart from the New Zealand government wanted to see a strong resolution that recognised the threatened status of these special dolphins and porpoises.”

Karli Thomas, Greenpeace Oceans Campaigner, said: “Our government is letting minority business interests ride rough shod over the values of ordinary New Zealanders. By voting against this call to protect our most endangered dolphin, New Zealand has arrogantly dismissed international concern and has severely tarnished our global reputation.”

WWF-New Zealand, Greenpeace, ECO and Forest & Bird are campaigning to protect the critically endangered Maui’s and endangered Hector’s dolphins from extinction, and support the IUCN resolution that was overwhelmingly endorsed by members at the Jeju meeting.

Petition to save Maui’s Dolphins