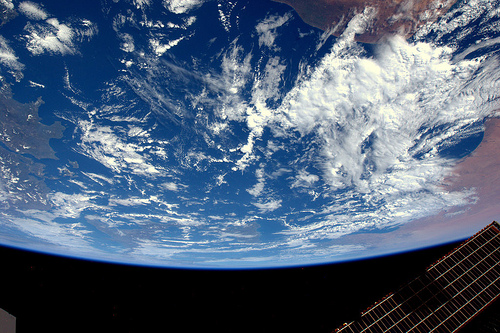 Sydney, Australia: As a record Earth Hour wraps up across the world, the I Will If You Will campaign has been adopted by hundreds of thousands of people from all corners of the globe, turning their symbolic lights off action into an ongoing commitment to a sustainable planet.

Earth Hour has now completed a record journey across more than 6,525 cities, towns and municipalities in 150 countries and territories – the biggest participation growth for the largest voluntary action for the environment since 2009.

As Earth Hour made its way across the Atlantic, from Canada to Chile, the excitement behind the movement began to build in the Americas. The social media shout outs for the event continued, with the likes of Yoko Ono, Gisele Bundchen and Gael Garcia Bernal tweeting their participation.

Altogether, 451 monuments across 125 Brazilian cities, including the famous Christ the Redeemer statue, switched off as Earth Hour took on special meaning in areas closest to some of the key environmental icons of Brazil.

In Colombia, TV station TeleMedellin turned off programme transmissions for an hour and President Juan Manuel Santos not only agreed to darken the Presidential Palace in Bogota, but he also took to his Twitter account to push for Colombians to take part in the event.

Latin American Ambassador, Colombian model and TV presenter Claudia Bahamon will live without electricity for one week after 500 people accepted her IWIYW challenge on the YouTube platform.

In Argentina, 30 cities and towns joined the initiative and there was a 5,000 strong turn out to the Buenos Aires recycling event launched by mayor Mauricio Macri.

Celebrations in Mexico took place around Revolution Monument, while Peru’s World Heritage town of Machu Picchu, home of one of the new Seven World Wonders, also turned off its lights.

Canada saw 441 cities take part in Earth Hour this year with a highlight being the switching off of lights on Niagara Falls. Lights were also dimmed at the CN Tower, a signature of the Toronto skyline and the tallest free-standing structure in the Western Hemisphere. Toronto hosted a concert at the Distillery District where singer/songwriter, Andrew Huang performed an Earth Hour anthem, with lyrics written by crowd sourced Facebook submissions. 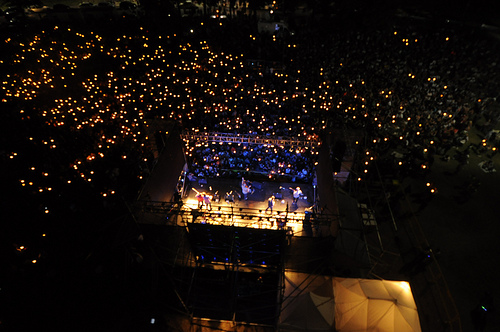 Dozens of landmarks and iconic buildings went dark across the US, including the typically brightly lit Las Vegas strip and the famous Las Vegas Welcome sign. In New York, the United Nations headquarters looked spectacular as it joined the Empire State Building and the Brooklyn Bridge, as well the American Eagle Building and the NASDAQ Building in Times Square for an hour of darkness.

The city of Tuscon, Arizona hosted a special Earth Hour celebration to launch the US Earth Hour City Challenge, which drew wide local support and put the southwestern city at the center of Earth Hour’s US celebrations.

“From Beijing to Berlin, from Singapore to San Francisco, people turned out their lights to signal their concern about the future of our life on this earth,” said WWF International Director General Jim Leape.

Earth Hour 2012 ended this year in the tiny Pacific island nation of the Cook Islands, on the beautiful atoll of Aitutaki. It was a fitting place for the celebrations to finish in a country that is under dire threat from global warming and rising sea-levels.

As with the original Earth Hour idea, I Will If You Will has been adopted by people across the world on their own platforms. Earth Hour’s YouTube platform alone generated around 4 million hits over the weekend, with more than 4400 challenges accepted by a staggering 150,000 people committed to going beyond the hour.

Executive Director and Co-Founder of Earth Hour, Andy Ridley says that the campaign made a conscious effort to direct people to get involved in their own digital and community spaces.

The Earth Hour 2012 I Will If You Will campaign will continue at www.YouTube.com/EarthHour – Dare the World to Save the Planet.