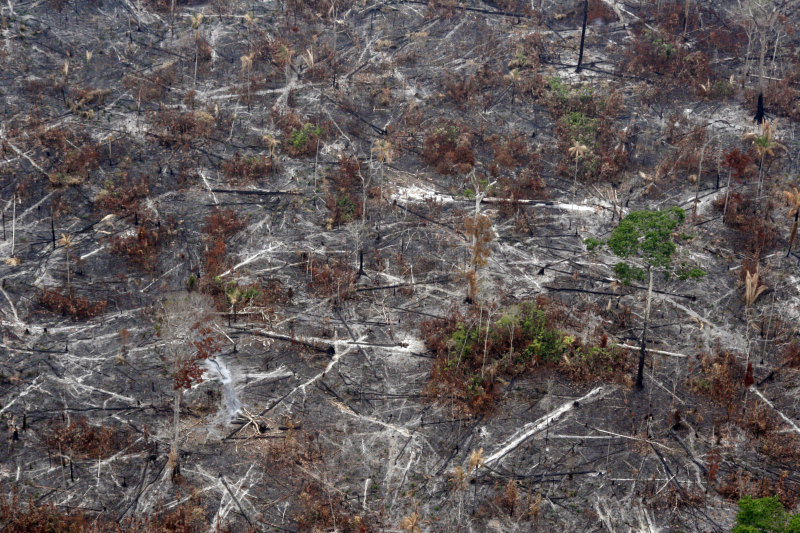 Humanity is now using 50 per cent more resources than the Earth can provide, according to WWF’s recently released 2012 Living Planet Report.

The consequences are seen in ongoing deforestation, increasing water scarcity, rising carbon emissions and crashing fish stocks. They can also be seen starkly in the Living Planet Index, a measure of the changes in the planet’s biodiversity, which shows a decline of 28 per cent since 1970.

Yet, amid dire news for the well-being of people and nature, there have been notable conservation successes in recent years that demonstrate alternatives to ‘business as usual.’ Brazil, for example, has made stunning progress over the past decade reducing deforestation in the Amazon. This was achieved while growing the economy, making Brazil an exemplar among emerging economies.

Now, just as Brazil prepares to take centre stage at the UN Conference on Sustainable Development to be held in Rio de Janeiro in June, the nation is on the verge of making a u-turn on forest protection.

Legislation passed by the Brazilian Congress last month would severely weaken the nation’s long-standing Forest Code, which is meant to protect sensitive forest areas and guard against rampant deforestation in the Amazon and elsewhere. The revisions, backed by powerful agribusiness interests and passed in both Brazil’s House and Senate, aim to dismantle forest protections and offer wide ranging amnesties for past illegal deforestation.

Brazil’s Institute for Applied Economic Research (IPEA) has estimated that the new legislation could lead to the loss of up to 76.5 million hectares of forest, which translates to 28 billion tonnes of added CO2 in the atmosphere, making it impossible for Brazil to reach its carbon reduction targets.

Brazilian President Dilma Rousseff has until 25 May to decide whether to veto all or part of the bill, or allow it to become law.

“President Dilma faces extraordinary political pressure to side with the wealthy and powerful who support this bill. Surely she stands to gain their favor if she sells out the

Amazon. But her citizens have asked her to keep her campaign promises. Scientists have warned of the consequences of a return to runaway deforestation. And it’s hard to imagine how she could speak with any integrity about sustainable development in Rio. Her choice should be clear – issue a full veto,” said Lasse Gustavsson, Executive Director of Conservation, WWF International.

The findings of the Living Planet Report show that humanity is squandering the very resources we depend on for survival. It offers both the reasons humanity needs to change course, and the steps we can take today to live within the Earth’s ecological limits. One key recommendation is to produce more efficiently.

“In Brazil, better land-use planning could bring up to 61 million hectares of underproductive pastures back into cultivation without additional deforestation. This is just one avenue that must be fully explored before Brazil opens up its unique forest landscapes for deforestation and degradation,” said Gustavsson.

Countdown on for Brazil’s forests

WWF’s work in the Amazon