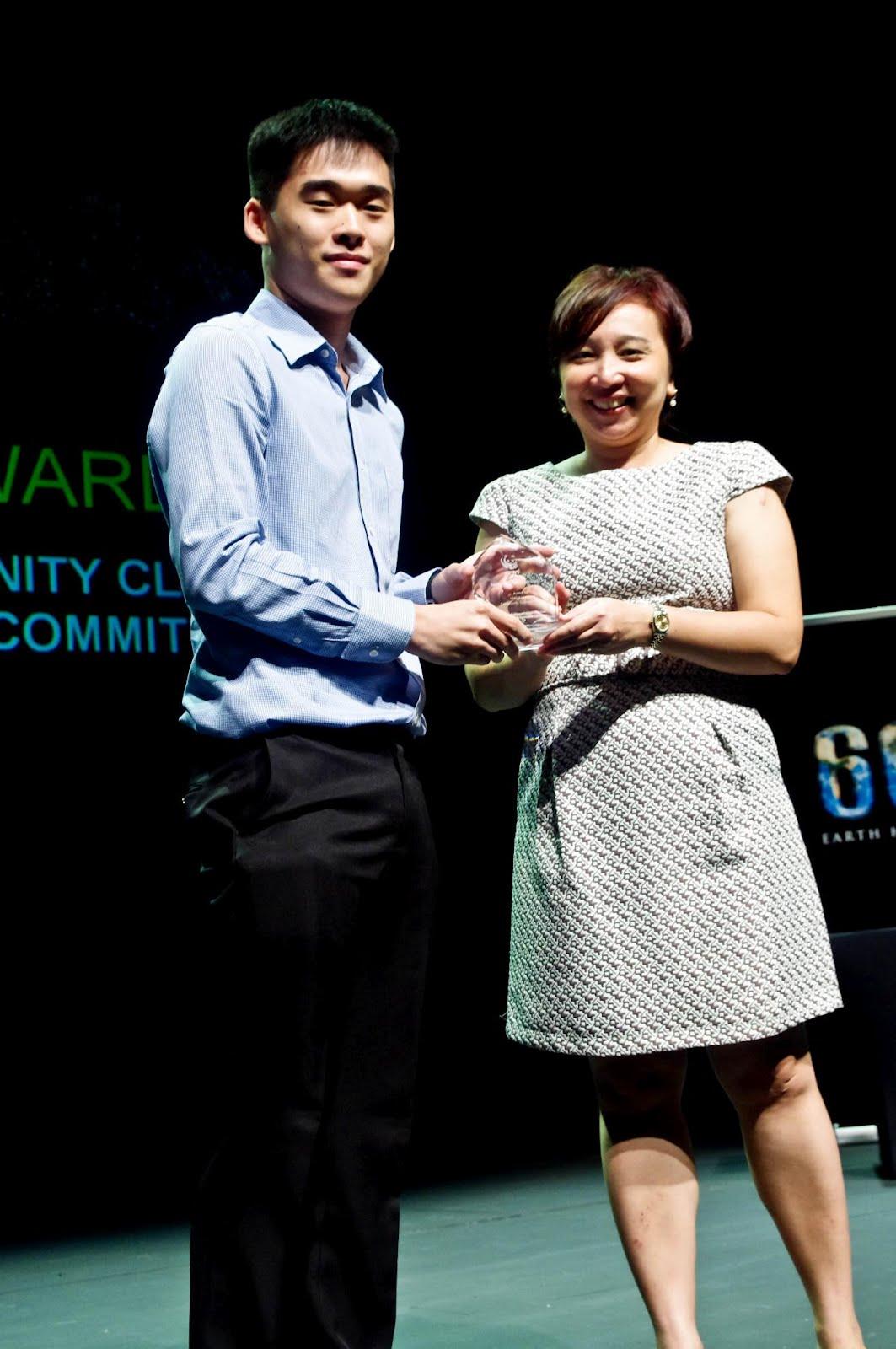 Singapore, 18 May 2012 – A recycling programme for consumers to dispose their phones and other electronic wastes, compiling a list of staff “Earth Defenders/Destroyers”, and harnessing youth energy to reach out to over 50,000 residents to encourage a “greener” lifestyle. These were some of the initiatives lauded at the Earth Hour 2012 Appreciation and Awards Ceremony organised by World Wide Fund for Nature (WWF) Singapore at Marina Bay Sands.

This year’s Earth Hour received the highest level of support since its inception in Singapore in 2009. WWF Singapore saw more than 6,000 participants gathered at Ngee Ann City for the Lights Out ceremony, and over 400 organisations pledged their support, from switching off their lights to proactively engaging staff, customers and other stakeholders in efforts to protect the environment.

The ceremony is also timely with the release of the findings from the 2012 edition of the Living Planet Report – the leading biennial survey of the Earth’s health. A WWF publication, the report measures and assesses the state of global biodiversity and human demands on nature and is a key vehicle for sharing and promoting those concepts to a wide set of audiences.

In the 2012 report, Singapore has been ranked number 12 in the world for its Ecological Footprint. This illustrates the demand the country places on global resources by measuring its consumption and waste generation.

Ms Elaine Tan, CEO of WWF Singapore said: “If everyone in the world has the same level of consumption as the average Singaporean, we would need about 3.5 planets to meet the demands placed on our resources. More effort is needed to reduce the pressure Singapore is placing on its own as well as its neighbours’ ecosystems. While the government plays a vital role in developing the nation into a renewable energy hub, equally critical are corporate action to put in place sustainable business practices, along with efforts by individuals and communities to reduce consumption through recycling, reducing and re-using.”

Ms Tan added that the annual Earth Hour Appreciation and Awards Ceremony is a way for WWF Singapore to recognise its partners, corporates and organisations that put in remarkable efforts and commitment towards saving the planet.

There were five award categories this year (please click here for details of initiatives and winners):
• Biggest Step Beyond the Hour
• Most Embracing Community Outreach Initiative
• Most Significant “I Will If You Will” Challenge
• Most Inspiring Staff Engagement Initiative
• Most Engaging Earth Hour Event

Also speaking at the event was Mr Tony Boatman, CEO, The Indela, a social enterprise that aims to embed sustainability into the core DNA of organizations. Speaking on the current state of our environment, and why and how corporations should take the lead in environmental activism, Mr Boatman said, “Climate change has already happened, extreme weather events are becoming part of a new reality. Dealing with climate change will be the most defining challenge of this century for business and government. Those companies that are able to embrace innovation and transformation will be the winners in a resource scarce, carbon constrained world.”