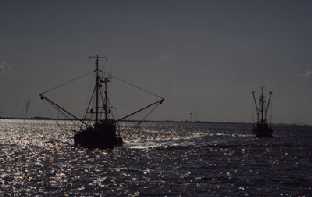 Rome, Italy: The conflict between increasing demand for fish and failing fisheries has enormous implications for world food security and the state of our oceans, lakes and rivers, WWF said today.

The global environment organisation was welcoming the latest State of the World’s Fisheries and Aquaculture (SOFIA) report, issued today in Rome by the UN Food and Agriculture Organization (FAO).

SOFIA 2010 recorded a rise to 85% in the number of fisheries that are fully exploited (53%) or over exploited, depleted or recovering from depletion (32%) while noting a significant trend towards increased demand for fish – setting a new record in 2008 of 17 kg live weight equivalent of fish from all sources per person.

Meanwhile, says the report, the proportion of under or moderately exploited fisheries able to produce higher catches is – at just 15 per cent – the lowest level recorded since the mid 1970s.

“In a world likely to face a future of increasing food prices and decreasing food security it is becoming more and more apparent that running down one fishery after another is a disaster in the making,” said Alfred Schumm, leader of WWF’s global Smart Fishing Initiative.

Mr Schumm is in Vancouver, Canada for the annual Seafood Summit, where WWF is lobbying seafood producers, distributors and retailers to continue to improve an array of measures to increase seafood sustainability – including the ability to trace fish products from capture to plate.

“There are many promising initiatives and it is important to give recognition to the fisheries and fish farms that have achieved or are working towards operating sustainably. What this report show us is that we cannot relax our efforts to bring long term sustainability to a key element of global food security,” Mr Schumm said.

The SOFIA report shows employment in the primary and secondary fish sector supports the livelihoods of about 540 million people, or eight per cent of the world’s population.

“That’s a lot of people relying on a sector dependent on a declining resource, at least as far as fisheries are concerned,” said Dr Robin Davies, WWF Smart Fishing Initiative deputy leader, who is attending a key fisheries meeting at the FAO’s Rome headquarters.

“If we don’t properly manage our oceans, we face not only an environmental disaster, but a social one too,” Dr Davies said.

WWF also welcomed the SOFIA report’s emphasis on the need to cut down on illegal, unreported and unregulated (IUU) fishing.

“IUU represents the ugly underbelly of global fisheries and we must all rally to eliminate the loud minority that stains the silent majority,” Dr Davies said. “We hope the SOFIA 2010 report will stimulate nations and Regional Fisheries Management Organisations to clamp down and lend support to emerging trade measures such as the EU IUU regulation .”

The SOFIA report recommends better use of technological advances to aid fisheries management. Combating IUU, for example, can be done with video surveillance, something already proving effective in trials and providing an opportunity for the good players to prove their credentials, whilst exposing the bad.

The report also highlights the need to enhance biosecurity in aquaculture, which is supplying most of the increased supply of fish.

In 2009, WWF and IDH (Dutch Sustainable Trade Initiative) established the Aquaculture Stewardship Council (ASC) which aims to be the world’s leading certification and labelling programme for responsibly farmed seafood – following a course pioneered for wild caught fisheries by the Marine Stewardship Council.