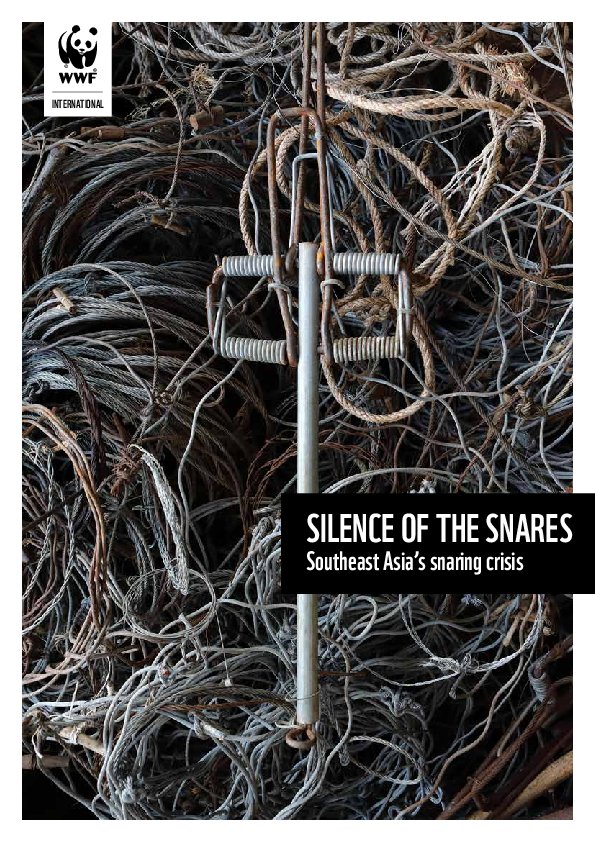 9 July 2020, SINGAPORE – A snaring crisis is decimating wildlife in Southeast Asia and increasing the risk of zoonotic disease transmission to humans, warns a new report from WWF that estimates for the first time the number of snares in the protected areas of several countries in the region.

An estimated 12.3 million snares threaten wildlife in the protected areas of Cambodia, Lao PDR, and Viet Nam – a group of countries that are at the centre of the regional snaring crisis, according to the report Silence of the Snares: Southeast Asia’s Snaring Crisis.

“‘Indiscriminately killing and maiming, snares are wiping out the region’s wildlife, from tigers and elephants to pangolins and palm civets, and emptying its forests. These species don’t stand a chance unless Southeast Asian governments urgently tackle the snaring crisis,” said Stuart Chapman, Lead of the WWF Tigers Alive Initiative.

“Snares are also the principal threat to tigers in the region – and a major contributor to the fact they are now presumed extinct in Cambodia, Lao PDR and Viet Nam. Without strong action, a snaring driven extinction wave could break across Asia.”

Driven in large part by the demand in urban areas for wildlife meat, often seen as a delicacy, snares impact more than 700 of the region’s terrestrial mammal species, including some of the region’s most threatened species, such as the Asian elephant, tiger, saola, and banteng. Snares indiscriminately kill and maim – animals can sometimes languish for days or weeks before dying from their injuries, and in the rare case an animal escapes, it will often later die from injury or infection.